"Civilian Technologists Must be Prudent While Assisting the State During COVID-19 Pandemic," Shashank Srinivasan. The Hindu: Business Line, April 7, 2020

Civilian Technologists Should Assist the State During the COVID-19 Pandemic 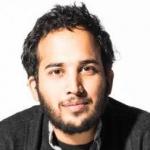 In December 2019, the Government of India enacted the Citizenship Amendment Bill, which sparked widespread protests and counter-protests. Over the next few weeks, large crowds gathered in towns and cities across India, where police and paramilitary armed forces were deployed in large numbers. Violence erupted at some of the protest sites and people were injured and killed in the process. While questions remain as to which factions initiated the violence, it is unquestionable that in some cases, state forces were brutal in their approach and harmed Indian citizens. Recently, the COVID-19 pandemic-linked lockdown across India and its accompanying enforcement by the state have resulted in numerous well-documented instances of police violence. Videos of shoppers, shopkeepers, and vendors being beaten by police forces are easy to find on social media, and reports have emerged of a man in Bengal who was beaten to death by the police for stepping out of his house to buy milk. The state may have the monopoly on the legitimate use of force within its territory, but the violence on display, both in Kashmir and the North-East in the past few decades, as well as across India in the past few months, is illegitimate, violates human rights, and is against the values embodied in the Indian Constitution. In this context, it seems obvious to suggest that civilian technologists should not be helping the state amplify its capacity to harm its own citizens.

In response to the pandemic, individuals, informal consortia, start-ups, and established companies in the Indian technology sector are attempting to use tools at their disposal to assist the state with its response. Some of these actors, however, seem unaware as to the effects their well-intentioned actions may have on the fabric of the country. It is one thing to design 3D-printable valves for ventilators or to retool production lines toward mask production, and quite another to design a quarantine-enforcing geo-fencing app or to deploy drones for lockdown surveillance purposes. Take drones in particular; during the initial violence from December onwards, they were being deployed by unknown actors on behalf of the state to monitor the protests in Delhi, along with numerous uniform-wearing police officials carrying cameras. Subsequently, the Home Minister announced that facial recognition tools were being used to identify individual protestors from video collected during the protests. In the last few weeks, mostly concealed by news of the pandemic, there have been published reports of individuals in North-East Delhi who have been picked up by the police. It is highly probable that drone footage was used to identify them, and whether or not their actions were legitimate, it is certain that drones were used as another tool in the state’s arsenal to suppress dissent.

Today, quarantine regulations have been implemented across India, where people are allowed to leave their homes only for essential services. In practice, these rules mean that people are only able to leave their houses when driven to do so by necessity, as defined by the state, and under fear of illegal assault by state forces. There have been calls to use drones to assist with the enforcement of quarantine regulations by conducting mass surveillance of public spaces, alerting the police when people are gathering and enabling them to “take action.” As this action most often takes the form of coercion with the implied threat of violence, the deployment of drones for this purpose does not qualify as a “drones-for-good” operation.

Similarly, mobile-phones are being utilized to assist the state in tracking quarantined patients. They require the quarantined person to install an app on their phone and provide it with requisite permissions, which is then used to ensure that the person can be located at any point in time. There are no guarantees as to the security of the data, or that the information will even be kept confidential. For example, the Karnataka Health Department has released district-wide lists with the exact addresses of every person under fourteen-day home quarantine in the state, purportedly to allow community enforcement of the quarantine rule. The intentional release of such information beggars belief, and until India’s Personal Data Protection Bill comprehensively protects personal data, building surveillance applications for the government must cease. To present an alternative, South Korea has also developed and deployed a quarantine-enforcing phone app, but it is not mandatory; those quarantined are permitted to opt out of using this system. However, even with South Korea’s more liberal approach to technology deployment, concerns have been raised about the privacy of the individuals being tracked.

In the name of the public good, we are witnessing the creation of state surveillance infrastructure on a massive scale, both in India and across the world. Drones, facial recognition tools, and mandatory geolocation apps are just some of the shinier technologies that are being deployed today. Other more insidious ones, such as those that allow for pattern matching across databases, can be equally deadly to a secular democracy. Such systems will require only a little alteration before they can be combined with other state databases to identify and locate individuals or communities by caste, religion, income bracket, or place of origin. If these are put into place before the proper safeguards are implemented, it is only a matter of time before the least India’s marginalized groups need to fear is being beaten by the police. The onus lies on civilian technologists to ensure that the work they conduct for the state is used for the good of the nation, and not to oppress its people.

Shashank Srinivasan is the founder of Technology for Wildlife, a consultancy that helps organizations understand, access, and deploy technology for wildlife and environmental conservation. He is an experienced drone pilot and spatial analyst, and has an MPhil in Conservation Leadership program from the University of Cambridge.