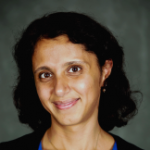 The Ganges, or Ganga, is India’s holiest river, worshipped as a goddess by more than a billion people. It accounts for 47 percent of India’s irrigated land and feeds 500 million citizens. Despite its importance, it is one of the most polluted rivers in the world. Rapid population growth, urbanization, and industrial development have raised the levels of domestic as well as industrial pollutants in its waters. According to July 2013 estimates of the Central Pollution Control Board (CPCB), fecal coliform levels, biological oxygen demand, chemical oxygen demand, and a range of carcinogenic chemicals remain well-above acceptable drinking and bathing quality levels in all stretches of the river after it descends from the mountains.

The crisis of the Ganga has not gone unnoticed. In 2014, Prime Minister Modi campaigned from the city of Varanasi and made the effort to clean the Ganga a key focus of his electoral promises. Once in office, he immediately launched the Namami Gange Programme, an integrated conservation mission with a budget of ₹20,000 crore to accomplish the objectives of effective abatement of pollution, conservation and rejuvenation of the Ganga. The project covers eight states and seeks to fully connect all 1,632 Gram Panchayats along the Ganga to a sanitation system by 2022.

According to a new report from the Comptroller and Auditor General of India (CAG), this new push to clean the Ganga is not delivering results. The audit team sampled 87 projects (73 ongoing, 13 completed, and one abandoned). These projects included the eleven institutional, five afforestation, and one biodiversity. 50 projects were sanctioned after April 1, 2014. The auditors’ findings are quite startling. The government had only used $260 million of the $1.05 billion earmarked for the flagship program between April 2015 and March 2017. All of these projects had a consistent list of problems: unused funds, an absence of a long-term plan, and delays in taking concrete action.

This is not the first policy to end up in this predicament, and not for a lack of prioritization. India has strong environmental laws: the Water (Prevention and Control of Pollution) Act, 1974; the Water (Prevention and Control of Pollution) Cess Act, 1977; and the Environment Protection Act, 1986. There is also a large enforcement apparatus. Water quality is monitored and regulated by the Ministry of Environment and Forests (MoEF), the CPCB, and the associated State Pollution Control Boards. And there have been many well-funded programs to combat pollution. In 1985, the Ganga Action Plan (GAP) was launched to fund the establishment of sewage treatment plants and other large-scale pollution mitigation technologies. The plan was ultimately extended to other rivers in India through the National River Conservation Program (NRCP).

Like the current policy, none of these past efforts have been particularly effective. Each round of evaluations is similar to the new CAG report in which a standard list of issues emerges: delays in reviewing projects, poor inter-agency cooperation, funding imbalances across sites, and an inability to keep pace with growing pollution loads. As a result, none of these policies has had any discernible impact on water quality. The only pockets of success in this era, paradoxically, come from judicial rulings from the Supreme Court of India that actually hit specific firms.

Where do India’s water policies go wrong? The answer to this question is unlikely to be found in the details of individual cases. Instead, it makes sense to look closely at the political, economic, and social contexts in which the policies are made.

In India’s electoral democracy, there is little space for environmental policy. Pollution has rarely been an electoral issue. Employment, economic growth, and poverty alleviation are more urgent. Elected leaders have few incentives to take on either the big polluters (which include the government’s own companies and power stations) or the small-scale firms in industrial clusters that serve as vote-banks. Moreover, high levels of regulation have created an elaborate system of rent-seeking at the local level. Instead of challenging the status-quo, the typical politician seeks a visible “white-elephant” environmental project, typically in collaboration with a multilateral organization, which can be inaugurated just before an election. In industrial clusters for example, the emphasis has been on building Common Effluent Treatment Plants (CETPs). These are “end-of-pipe” technologies that combat pollution by treating effluent from multiple sources prior to release into a river. Small firms are required by law to pre-treat and then route the remaining still-toxic waste to a CETP. This system doesn’t always work. CETPs require a high level of coordination, they are expensive to build and maintain, they generate significant volumes of toxic sludge, and they contaminate the air by burning pollutants. There are similar efforts to build sewage treatment plants (STPs), even though vast segments of the population along the Ganga does not yet have access to sanitation.

Another major issue is the diminished flow of water in India’s rivers. Along the Ganga, for example, so much water is diverted for irrigation and hydro-power that the flow of the river is reduced to a trickle, particularly in the hot summer months. The water isn’t always put to good use either; India’s irrigation is quite inefficient compared to the world average. According to one estimate, seventy-five percent of India’s water for irrigation may be wasted. This is compounded by distortions in the electricity markets—farmers receiving free electricity have almost no incentive to conserve water. It makes little sense to talk about cleaning a river that has almost all its water removed and sewage thrown back in.

Finally, it is time to look critically at how India’s environmental programs are designed and implemented. The system is currently extraordinarily top-heavy. The most recent CAG report describes a Governing Body, High Level Task Force, Empowered Task Force, Governing Council, Empowered Steering Committee, and Executive Committee to monitor and evaluate programs. In 2014, when Bharti was given the Ganga rejuvenation portfolio, one of her first steps was to hold a high-profile “Ganga Manthan” where stakeholders from all levels of society were invited to submit suggestions on how the Ganga could be restored. In the subsequent years, however, there has been little follow-up. The report mentions partnerships with Gram Panchayats for the building of toilets. But there is almost no mention of civil society or citizen participation, particularly for monitoring and sustainability of the operations. This is surprising considering so many other types of development policy are increasingly participatory and decentralized. Moreover, Supreme Court responses to public-interest litigation has been effective in reducing pollution in the past.

Nitin Gadkari, minister for road transport, highways, shipping, water resources, and Ganga rejuvenation is now under pressure to clean up the Ganga and deliver successes before next year’s elections. The solution, however, may not ultimately lie with Gadkari. Real solutions require shared responsibility between the state and the people. It is time to prioritize citizen engagement. To encourage that, India needs more publicly available data, and more local analysis of this data. There is also a need for more education and awareness on the health effects of pollution, as well as the causes of pollution. The current push for sanitation will definitely help, but so will other efforts that catch agricultural and industrial waste before they run into the river. It is definitely time to take a comprehensive look at the interconnection between policies such as subsidies, electricity consumption, power use patterns, industrial development, and urbanization plans. All of this takes creativity, innovation, discipline, transparency, and strong leadership. The cleanup of the Thames in London and the Rhine flowing through Europe suggest this is possible. The Ganga’s waters will ultimately depend on the actions of millions of Indians who depend on it for nutrition, electricity, and spiritual fulfilment.

Shareen Joshi is an Assistant Professor at the Edmund A. Walsh School of Foreign Service, Georgetown University.