Central Groundwater Board, Ministry of Water Resources, Government of India (for info on groundwater in India) 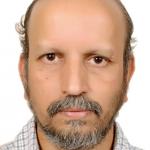 With such phenomenal growth in groundwater withdrawals, India is fast hurtling towards what Tushaar Shah rightly calls “groundwater anarchy.” According to a 2009 issue of Nature, data from NASA's GRACE satellites reveals significant rates of non-renewable depletion of groundwater levels over large areas. In the alluvial tracts of Rajasthan, Punjab, Haryana, and Delhi, the water levels declined by 0.4 meters per year between 2002-08, even through the annual rainfall was close to normal during this time period. The Government of India’s Central Groundwater Board (CGWB), has made estimates of the availability of the country’s groundwater in 1995 and 2004. A comparison of the data from these two time points reveals several remarkable changes in the groundwater scenario. On the basis of the ratio of gross annual withdrawal of groundwater to net annual recharge, districts and blocks can be classified into “safe” (ratio less than 70 percent) and “unsafe” (ratio greater than 70 percent) categories. The proportion of “unsafe” districts in India has grown from 9 percent in 1995 to 31 percent in 2004. The area and population under “unsafe” districts also has grown substantially. While the traditional Green Revolution states of Punjab and Haryana lead in terms of groundwater overuse, states like Rajasthan, Tamil Nadu, Uttar Pradesh, Karnataka, and parts of Madhya Pradesh are also heading in the same direction. Nearly all districts in Punjab, Rajasthan, and Haryana as well as 72 percent of the districts in Tamil Nadu and nearly half the districts in Uttar Pradesh and Karnataka are now in the “unsafe” category.

This problem needs urgent attention because groundwater is the source of drinking water for over 80 percent of rural households. Rapid expansion of groundwater irrigation runs the risk of threatening drinking water security in the long run because both are drawing water from a common source. Indeed, there is clear evidence that this could be happening in many parts of rural India. Official statistics reported by the Government of India’s Department of Drinking Water Supply (DDWS) reveal that several habitations have “slipped back” from full coverage to partial coverage. The number of “slipped-back” habitations in 2010 was 419,034, accounting for approximately 15 percent of the total habitations in the country. The primary reason for this slippage is the “drying up of the source,” which is a reflection of the decline in water levels on account of increased groundwater extraction for irrigation. The final outcome of overuse of groundwater is that our drinking water sources start drying up, affecting the lives of millions of people.

It should also be noted that even a district considered “safe” in terms of quantitative availability of groundwater may not be safe in terms of water quality, as the information on water quality is very patchy and unsystematic. Limited as they may be, official 2006 DDWS figures indicate that out of 593 districts from which data is available, there are quality problems on account of high fluoride in 203 districts, iron in 206 districts, salinity in 137 districts, nitrate in 109 districts, and arsenic in 35 districts. This picture, based on insufficient data, could be seen as the tip of the iceberg with regards to water quality problems. The reality could be much grimmer than what appears here.

Why is it that a challenge of this magnitude is not usually acknowledged as such? Both localization, on the one hand, and aggregation, on the other, contribute to a less visible and partially understood problem. The groundwater shortage, for instance, is often seen as a localized problem specific to the water-scarce regions. In the so-called “water-surplus” states in the East and North-East, an aggressive utilization of available water resources is usually suggested as a direct attack on poverty. This view needs to be tempered with the recognition that ultimately even the high rainfall regions do not have unlimited supplies of water. Their perceived water surplus is largely on account of a low utilization of water resources, which could rapidly disappear once the scale of utilization is stepped up. A more important reason is the problems with the current methodology used by the CGWB for the estimation of groundwater resources. The major weakness of the current methodology is that it is too aggregative and does not pay attention to the required scale at which assessments should be made. It makes no reference to the natural unit of the aquifer – rock or rock material that has the capacity of storing and transmitting water – and aquifer boundaries. The primary basis for classification of assessment units in this methodology is the balance between annual replenishment and extraction of groundwater. This picture is incomplete because this relationship is also shaped by the characteristics of the aquifer such as its storage, transmission, and diffusion properties. Aquifer boundaries do not always overlap with that of the administrative units like a district or a block. The vast geological diversity in India renders the study of aquifers a challenging task. Even so, such a detailed study is required.

A detailed, disaggregated picture of groundwater in India needs to be constructed by carefully mapping aquifers and assessing their specific characteristics. Aquifer maps at appropriate scales help specify possible rates of groundwater withdrawals so that they do not exceed the long term rate of replenishment of the resource. Based on the quantity and quality of water available from an aquifer, a broad set of priorities of water use at an aquifer or watershed level can be defined and attempted to match the existing use pattern to these priorities. This involves working out location-specific rules and agreements within the user community for sustainable use of water with the emphasis on drinking water security as the primary goal. These agreements among the community of users outline a broad set of options both on the supply and demand side for the use of water available within an aquifer system. Building an accurate and comprehensive database on aquifers and aquifer responses to variations in climate is essential to managing groundwater as a common-pool resource. Such a database is also essential to enhance climate resilience of Indian agriculture and rural water supply systems.

P. S. Vijay Shankar is the Director of Research and a founding member of Samaj Pragati Sahayog (SPS), Madhya Pradesh, and a CASI Spring 2011 Visiting Scholar. He is also currently a member of the Working Group on Sustainable Management of Groundwater for the 12th Plan appointed by the Planning Commission, Government of India. He can be reached at viju28@gmail.com