Status of Policing in India Report 2018: A Study of Performance and Perceptions

Indian Police in Conflict with the Nation’s Diversity 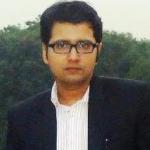 The Indian police, which traces its origin back to 1843 and is still largely run on the British-era Indian Police Act, 1861, has been struggling to come to terms with India’s class, caste, gender, and religious diversities. The reasons for this may be due to a lack of training, sensitization, and/or inherent personnel biases according to the 2018 Status of Policing in India Report.

Do Citizens Suffer from Stockholm Syndrome?
We at Common Cause and the Lokniti (Public Policy) wing of the Centre for the Studies of Developing Societies (CSDS), a research institute in Delhi, found contradictory claims among the respondents in the survey (ranging across 22 states in India) where people exuded high trust levels in the police despite fear of assault and implication. At least 44 percent expressed fear of being beaten, 38 percent were afraid of being falsely arrested, 38 percent feared false cases, 29 percent of women feared being sexually exploited, 54 percent personally experienced police brutality, and 51 percent believe the police discriminate on the basis of class (as high as 73 percent in UP and Bihar). Despite such negative opinions, 69 percent exuded high trust levels and 65 percent claim high satisfaction levels toward the police.

Despite citizens’ awareness about police brutalities, trust and satisfaction in the police could be viewed in terms of a prevailing “nationalistic” environment in India, which allegedly undermines governance and rule of law, but demands trust and loyalty in favor of state-controlled institutions. Many will give the police grand endorsements—despite exploitations and inactions—because the structure of democratic governance relies on the survival of the same institutions.

Endorsements of Police Violence
The report also reveals that at least 50 percent of citizens condone violence against alleged criminals in police custody. Hindus and Muslims (regardless of education) gave similar endorsements of police violence while Scheduled Tribes (STs) and Christians agreed less. At least 48 percent of rural Indians endorse police violence; seven percentage points less than the urban outlook. STs and Christians are communities which have been less vocal about their issues and can be considered politically marginalized while Dalits and Muslims, despite facing institutional discriminations, have been able to politically channel their anger in the form of protests and demonstrations against a slew of hate attacks. This democratic mechanism allows them more trust in the police.

States that had a majority endorse police violence were Tamil Nadu (61.5 percent), Gujarat (58.1 percent), Kerala (61.2 percent) and Delhi (60.1 percent). States where the majority opposed police violence were Himachal Pradesh (54.1 percent), Odisha (42.2 percent) and West Bengal (36 percent). Given that the former three states are more industrialized, educated, and considered more vibrant than the latter three states, the notion that modernization, money, urbanization and higher education lead to more respect for human rights and similar methods of governance is not supported by the survey findings.

In addition, Muslims in South Indian states have exhibited more fear of police (61 percent) than other regions of the country, likely due to higher numbers of arrests based on fabricated charges of terrorism. Sikhs (46 percent) have voiced themselves as the religious community with the most fear of police, it would seem, due to their experiences with militancy in Punjab in the 80s and 90s. Among Hindus, Other Backward Classes (OBCs) (52 percent), Scheduled Castes (SCs) (45 percent), and STs (45 percent) have reported the highest fear of police, while upper castes (36 percent) have reported the least fear of police. This data could be seen in the context of under representation of these vulnerable groups in the police force and the failure of the reservation system to provide solace to them.

Over-dominance of OBCs, Dalits in the Force Due to Reservations
The report also busts political myths of OBCs and reservations “eating up” government jobs in Hindi heartland states like Uttar Pradesh (UP). It argues that reservations are mostly in proportion to the community population in any state. The UP government, then under OBC caste chief minister Akhilesh Yadav (2012-17), has met less than 40 percent of the reserved quota for OBCs, while the percentage of reserved seats sharply declined from 61 percent in 2013 to 39.6 percent in 2016. In Tamil Nadu, the report points out that the percentage share of reserved seats for SCs has fallen from 91.1 percent in 2012 to 63 percent in 2016. Therefore, when it comes to representation of vulnerable groups, things are on the downslide under governments considered to be pro-backward castes.

In the latest string of acquittals, on February 27, 2019, eleven Muslims (which included a Ph.D. scholar, three doctors, one engineer, and six councilors) were found innocent by a special TADA court in Nashik in Maharashtra after spending 25 years behind bars. Judge S. C. Khati said the police violated the Terrorist and Disruptive Activities (Prevention) Act guidelines, a draconian law in force between 1985-95.

Citizens, in their eagerness to see a reduction in higher incidence of crime, put their trust in the police. People, in general, don’t care for the procedures and the principles surrounding the rule of law as far as inquiry into guilt and punishment are concerned—a tendency glorified by the entertainment industry and mass media in India. The wrath of such an attitude is borne by the most vulnerable communities—Muslims, Dalits, and Tribals—who are over-represented in jails (55 percent) compared to their actual population (39 percent) and consist of the bulk of India’s undertrials.

Shakeb Ayaz is an Associate Researcher at Lokniti, Centre for the Studies of Developing Societies (CSDS), and was a part of the joint research team of Common Cause and CSDS, which carried out the Status of Policing in India Report (SPIR) 2018.