The Ideology of Tribal Economy and Society: Politics in the Jharkhand, 1950-1980, Stuart Corbridge, 1988, Modern Asian Studies

“Markets of Protection: The ‘Terrorist’ Maoist Movement and the State in Jharkhand, India,” Alpa Shah, 2006, Critique of Anthropology

“A Profile of Jharkhand,” The World Bank

Jharkhand: A Series of Unfortunate Events 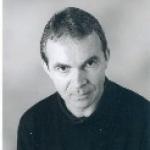 The course of political life in Jharkhand has not run smooth since the State was carved out of Bihar in 2000, the 28th to become part of the Indian Union. In its short history, the state has seen it all: Naxalism, an RSS presence, bribery cases, and murder, not to mention five chief ministers in seven years.

As recently as October 2007, tragedy hit the family of Babulal Marandi, the first chief minister of Jharkhand, when his son Arup was among 17 persons killed in what was reported to be a Naxalite attack on Chilkhadia village in Giridih district.  The village lies close to the Kodarma constituency which the former CM now holds as an independent Member of Parliament.  A one-time activist of the right wing Rashtriya Swayamsevak Sangh, Marandi resigned from the Bharatiya Janata Dal, the political wing of the RSS, in 2006, forcing a by-election in one of Jharkhand’s mining heartlands.  His victory means that the BJP no longer has a Parliamentary presence in Jharkhand.

Ten months earlier, in December 2006, Shibu Soren was sentenced to life imprisonment for conspiring to murder his ex-private secretary, Shashinath Jha, in 1994.  Soren, or Guruji (venerable teacher) as he was popularly known, was a respected adivasi (tribal; literally, original dwellers) activist for the Jharkhand cause in the 1970s and one of the leading lights of the Jharkhand Mukti Morcha.  Things turned sour, however, when MPs belonging to the JMM were bribed to prop up the P. V. Narasimha Rao government at the center during a no-confidence motion in 1993.  It is alleged that Jha was killed – on Soren’s orders – after he tried to muscle in on the bribe.

So what exactly has been going on in Jharkhand? Wasn’t the State founded to bring fresh hope to the adivasi communities so long victimised by dikus (outsiders) from the plains of Bihar and elsewhere?  Wasn’t it the culmination of India’s longest running regionalist movement, a movement led in the 1940s, ’50s and ’60s by Jaipal Singh, and then through the next three decades by Soren?

Yes and no.  The Jharkhand movement has been around for almost a century.  However, the state was officially founded on November 15, 2000, the birth anniversary of Birsa Munda (1875-1900), the great freedom fighter from the town of Ranchi, now the state capital.  And Singh’s Jharkhand Party was the major opposition party to Congress in Bihar in the 1950s, when it represented many of the region’s adivasi communities.  But those communities were never united.  Neither was the leadership of the Jharkhand movement, which fractured badly in the 1960s.  The Jharkhand Party drew strong support from Christian tribals in particular, a point not lost on the Jana Sangh and the RSS.  Likewise, the JMM relies heavily on Santals, one of the major adivasi tribes.  The party has never done well in Chhota Nagpur.

In her book Why Ethnic Parties Succeed: Patronage and Ethnic Headcounts in India (Cambridge University Press, 2004), the political scientist Kanchan Chandra says the JMM is mainly an ethnic party, rather than an adivasior regionalist party, and she is right in key respects.  The party tried hard in the 1970s to build support among industrial workers in Dhanbad, where A. K. Roy was a key figure.  It also made efforts to bring sadans– long-settled non-tribals – into the fold, as did Ram Dayal Munda and the cultural wing of a broader Jharkhand movement.  But voting patterns suggest that Santals mainly vote for Santals and Mundas for Mundas.  And neither Santals or Mundas, nor Hos or Oraons refer to many of the remaining 26  Scheduled Tribal communities in Bihar-Jharkhand as ‘adivasi’, or original settlers.  Local identities and state-constructed identities are two different things.

The States Reorganisation Commission picked up on this in 1956.  A separate Jharkhand state was refused on the ground that there was no tribal link language.  Nagpuri was not recognised as such.  But this was not the only reason that Jaipal Singh was knocked back.   Bihari politicians were quick to point out the economic value of Jharkhand.  How could India’s resource triangle be handed over to India’s least ‘modern’ communities?  How could India’s iron, coal, mica and uranium resources be entrusted to a bunch of ‘junglees’ (uncivilized person[s]; literally, forest dwellers)?

New Delhi seemed to agree with these arguments.  Central funds were pumped into South Bihar, as Jharkhand was then called.  They built up public sector steel plants and heavy engineering works at Bokaro and Ranchi-Hatia.  Mines were nationalised.  All the while, however, villages remained without electricity, decent roads, schools, even potable water in many cases.  JMM activists saw Jharkhand as an internal colony for India and not without reason, given the operations of the Freight Equalisation Act.

Academics refer to a resource curse when describing the continuing underdevelopment of oil and mineral rich countries like Nigeria, Sierra Leone and Sudan.  Politicians scramble to capture the rents provided by geology, and use violence to enforce their will.  Regional or national development goes by the wayside.  At best, the supporters of a local ‘big man’ are paid off with stolen funds.

But that’s Africa, right, not India?  Perhaps.  There are success stories in Jharkhand, and Jamshedpur remains one of India’s more vibrant and better governed cities.  Capital did start to flow to the region after 2000, along with non-governmental organisations (NGOs) anxious to escape Patna.  Some of the region’s best administrators opted to continue their careers in Jharkhand, rather than in Bihar, infamous for its lawlessness.  And there wasn’t the bloodshed that Laloo Yadav predicted.  Even Babulal Marandi got off to a good start by running an anti-corruption drive in Ranchi.

But it was not sustained.  In February 2001 eight adivasis were shot dead by police in Tapkara village.  This violent suppression of anti-dam activists in the Koel-Karo region called to mind the notorious police firings at Gua in 1980.  The JMM was then leading a campaign against ‘police terror and state employment policies’ in western Singhbum, the iron ore mining heartland of Jharkhand.  This was also the period of the forest andolan (civil protest) in Kolhan.

Resource use has long been the key issue in Jharkhand.  But the struggle to control Jharkhand’s mineral wealth has prompted the looting of the state far more than it has the building of a contract between politicians, state officials and ordinary people.  More recently, neck and neck races between the BJP and Congress nationally have made the capture of parliamentary seats in Jharkhand a huge issue.  One could argue that the 2004 Lok Sabha elections turned on deals made in Jharkhand, a la the 1993 bribery incident.  Congress got its act together in 2004, which it hadn’t done in 1999.  A coalition government in New Delhi gives local MPs considerable bargaining power, something not lost on Marandi when he won Kodarma as an Independent.  What it has not encouraged are efforts at state-building or the effective provision of public goods.  Local people talk about anarchy and the breakdown of law and order.  Schools and government buildings remain under-, even un-staffed.  Living standards in rural areas resemble those in sub-Saharan Africa.

It is within this vacuum that Naxalite groups have made headway.  Villages in Ranchi District that were untouched by Naxalism in 2000 are now hotbeds of Naxalite activity.  As the anthropologist Alpa Shah has shown, not all of these Naxals are the poorest of the poor.  Nor are many of them imbued with Maoist ideology.  Sometimes it is boys from better placed tribal – and non-tribal – families who are muscling in on local businesses and government, offering protection in return for payoffs and contracts.  All forms of government resemble organised protection rackets to a degree, albeit some are more democratic than others.  But it is the failure of government and formal politics that has provided the seed-bed for the rapid rise of so-called Naxalism in Jharkhand.  And it will take some time to recover ground lost since 2000.

Meanwhile, Shibu Soren is back in Jharkhand, having had his conviction for conspiracy to murder overturned in 2007 by the Delhi High Court.  Sadly, there are few signs that ordinary Jharkhandis will soon be bailed out of their woes.  For them, the creation of Jharkhand has been a huge disappointment, as much a tragedy as a farce.

Stuart Corbridge is Professor of Human Geography at the Development Studies Institute, London School of Economics.