Will India Become a Caste Society if Caste is Counted? 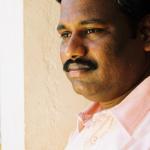 Why is there so much opposition and anxiety among some sections of the Indian elite – particularly among its upper-caste intellectual class – on the question of enumeration of caste in the Census of India 2011? My answer is simple: India would legally become a caste society. The formal recognition of caste as a national category implies that the Indian state is going beyond the constitutional recognition of caste as a category to measure disability (i.e., untouchability, atrocity, and social backwardness). The Indian constitution views caste as a source of disability or discrimination, and laid down a set of clauses to root out these practices of inequality. It assumes that caste is an exception to Indian social life and will fade away. In other words, the constitution conceives the Indian citizen to be a casteless individual and it bars acknowledgment of ascripitive ties. Though the constitution is categorical about eliminating disabilities caused by caste, it is vague about the status of the caste groups in Indian social life. However, the decision to enumerate caste would mean a legal acceptance of caste groups – especially lower caste groups such as Other Backward Classes (OBC) – as legitimate political actors. This implies that India would legally become a caste society; the Indian elite are shocked by this implication and the larger social transformations that might follow this legal acknowledgment of caste.

The view that Indian society is a caste society is not a new perception. The Dalit and other anti-caste social movements asserted the centrality of caste in Indian society. It was Phule and Ambedkar, the two prominent voices in the colonial period, who argued that caste determines status, wealth, knowledge, and power in Indian society. It was again in the post-emergency period, that a new generation of dalit writers, critics, scholars, and activists not only reiterated that India is a caste society but also articulated a new notion of caste. They critiqued and rejected the elite view of caste as a singular entity that causes divisions in society and advanced a new concept of caste as a source of everyday experience of violence as well as an identity for mobilization. In fact, the tremendous pressure to recognize caste as a national category begins with the rise of the contemporary Dalit movement in the context of mass killings of Dalits in the 1970s and 1980s. In the context of atrocities on Dalits, the Congress Government enacted the Scheduled Castes (SC) and Scheduled Tribes (ST) (Prevention of Atrocities) Act, 1989. This Act signaled an important change in the legal view of caste. While the Untouchability (Offences) Act, 1955 recognized “untouchability” – not caste – as a cause of disability, the SC/ST Act, 1989 identified “caste” as a cause of atrocity, and caste related atrocities as national crimes. The Supreme Court also came under public pressure during the Mandal agitation during the period of 1991 to 1993, and accorded legal sanction to the category of caste as a national entity (Indra Sawhney vs. Union of India, 1992). Therefore, the demand for enumerating caste in the Census 2011 is a demand of the Dalits and the OBCs who are consolidated as social groups and operate as a force in contemporary society.

The Indian elite are defending the idea of India as a homogeneous entity and neutral space beyond ascriptive identities. They represent themselves as a special group of Indian citizens (“meri Jaati Hindustani”). This group is a small minority of English-educated urban elite – mostly upper caste intellectuals and some politicians – who view caste as divisive and evil. This group includes yet another small section of liberal and left-oriented intellectuals who advance the view that enumeration of caste in the Census will prevent a meaningful and complete transformation of India as a democratic society. They view the debate on caste only as an issue relating to reservations or other policy issues related to SC/ST/OBCs. Both of these sections of the elite represent themselves as casteless people (i.e., true Indians) and stigmatize Dalits and OBCs as caste people. They never concede that the recognition of different castes and therefore, the existence of different social groups in the country is an important decision in and of itself.

One must take note of the Dalit critique of the dominant conceptions of caste. The literary and activist writings and academic scholarship of Dalits underscore the view that caste is a source of everyday discrimination, brutal forms of violence, dehumanization, and inequality. This scholarship, drawing on experience, simultaneously brings to light the role of caste as a marker of privilege, caste arrogance, social worth, and power, and dismantles the view that secular/modern Indian citizens are casteless. It also challenges the dominant singular view of caste as only an instrument of social divisions and also the perception that caste identity is only an identity of the lower castes. To the surprise of academic pundits, caste is mobilized as an identity of assertion in the public sphere as well as in the electoral domain. These innovative ways of invoking caste raise the question of conceptualizing caste as a critical concept and as a key category to comprehend and assess social change in India.

The Indian Census is a key domain of representing Indian identity. The Central Government claims that the Indian Census provides comprehensive demographic and socio-economic data and is also the “only source of primary data at village, town, and ward levels.” This data is the basis for delimitation/reservation of constituencies at the levels of Parliament, Assembly, Panchayats, and other Local Bodies. However, this significant data contains no record of caste since 1931. The Census categories of population groups include only religious communities, language groups, SC and ST population, and male-female ratio; caste is only recorded as an exception which is indicated by the SCs and STs. The other sections of the people have no record of caste; the Indian Census remained truly “Indian.”

Given the symbolic and political significance of a national census and lack of data on caste, a demand for inclusion of caste was raised in 2001. The then-National Democratic Alliance (NDA) Government rejected this demand. This time, the oppressed caste groups are determined to challenge the homogeneous and monolithic view of India in our Census and argue for recognition of the existence of diverse social groups in India. The Census constructs aggregate national categories and therefore, the production of caste as an aggregate category and the redefinition of India as a caste society are politically significant. The Dalit and other oppressed caste groups realized the importance of engaging with the institutions of a modern liberal democracy like India and therefore, the demand for caste census is a strategic position. They would certainly welcome a revolution, a land distribution program, or even a new paradigm of enumeration. But they have no luxury to wait for these larger social transformation projects nor do they have the power to completely restructure this wholeenumeration process right now.

The enumeration of “the caste of each member of the household” – not only OBCs – in the Census would make India a caste society and open up a number of new questions. The Census may provide data to make visible the privileged status of certain caste groups and their numbers. The comprehensive caste data may activate demands for increasing the percentage of reservation to each category of the SCs, STs and the OBCs, and the reservation percentage – currently at a ceiling of only 50 percent – may be challenged. The new caste groups may demand more than reservations and welfare schemes and raise fresh questions of redistribution of land, wealth, and power. There may be many Mayawatis who master the game of numbers and change the national election scene completely. The most significant process that the caste census would churn out is the de-essentialization and politicization of caste through a meaningful public debate beyond the academic domain. This process may involve caste tensions, the rise of new ruling classes (including the OBCs), and the total displacement of the existing ruling sections of the Indian elite. This process of democratization will be full of contradictions and surprises; the Indian elite are not yet ready to experience this transformation.

K.Satyanarayana is an Associate Professor in the Department of Cultural Studies at EFL University, Hyderabad, and is a CASI Summer 2010 Visiting Scholar.He can be reached at madhavkhosla@gmail.com