"Over one-fifth of country’s police force just on paper," Vishwa Mohan. The Times of India. December 24, 2012

"Unlike Modi, Oram wants soft steps to curb Naxalism," Subodh Ghildiyal. The Times of India. May 29, 2014 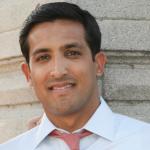 On the campaign trail, Chief Minister Narendra Modi touted muscular rhetoric and a “zero tolerance” policy towards Naxalism, but those expecting Prime Minister Modi’s government to overhaul the existing strategy – his plan to tinker at the margins notwithstanding – should not hold their breath. The Naxal insurgency was described by Prime Minister Manmohan Singh as India’s “single biggest internal-security challenge” and estimated to affect one-third of India’s districts.

In practice, the threat has been met with “vacillation and ad hocism,” as few in the center take it seriously. Naxals do not threaten major urban centers or critical regions that the Indian state most values, nor do they trigger the kind of fear or distrust elicited by other socially distant rebel groups. Instead, the Naxal insurgency has been, and likely will continue to be, treated as a chronic but manageable problem amongst a group deserving empathy and rehabilitation.

Naxals re-emerged in a big way in 2004 with the formation of the Communist Party of India-Maoist (CPI-M). By 2009, Naxal violence had escalated to eclipse separatist violence in the Northeast and Kashmir. Armed cadres have grown from 5,000 in 2001 to as high as 20,000 with another 50,000-militia support. These trends likely motivated Singh’s warning and the flurry of government activity including new security programs, development schemes, and paramilitary deployments. But despite these efforts, noted analysts derided government efforts as timid and weak, inchoate, fabricated, and indifferent.

While it is true that the Indian state has clearly chosen to fight Naxals with armed force, it relies on a minimalist strategy. States facing rebellion can select from different counterinsurgency options balanced against competing crises and priorities. Even strong states generally only employ significant effort to defeat rebels when their valued, core regions are threatened. Furthermore, governments are relatively more restrained against groups tied to the dominant national identity compared to those seen as outsiders. Consequently, the Indian state is unwilling to employ significant effort or violence against the Naxal insurgency, resulting in a strategy narrowly focused on mitigating violence rather than defeating political subversion.

Despite facing a comparatively large, cohesive, ambitious, and effective insurgent organization, the Indian state has been relatively restrained in its use of violence. It has eschewed the deployment of battle-tested counterinsurgency forces in favor of an often-criticized “developmental” approach, limited collateral damage, and tolerated much lower combat exchange rates that favor the rebel forces.

There is a certain humanism expressed about the Naxals that has not been afforded many other insurgent groups. Indian leaders describe them in inclusive language – “backward Hindus” and “true Indians” – characterizing them as less distant than Kashmiri or Naga rebels, demanding greater restraint. Former Home Minister Shivraj Patil described Naxals as “our children” and a leading police official explained that “Naxals are our own people” requiring selective action. Many regard Naxals as “misguided” people who only rebel “tactically.” This empathy then restricts how broadly state institutions define the category of insurgent, the threshold of irreconcilability, and the levels of permissible violence.

In the past, India has marshaled tremendous manpower, money, and materiel to defeat insurgencies in Punjab and Kashmir. However, when it comes to insurgency in less important territory like the Northeast or the Naxal belt, the Indian government has preferred limited strategies of containment. The Naxal belt remains a “peripheral zone” that is underdeveloped, physically inaccessible, and politically disconnected, where disorder is deemed inherent and therefore manageable. For now, Naxals do not project violence in major urban areas. State elites, in step with public opinion, generally treat the Naxal threat as a nuisance and, as one retired officer argued, maintain the appearance of doing something.

Whether for security or development purposes, the Indian state has marshaled limited resources, skill, sustainment, and focus. Since Delhi has opted not to deploy the military, police forces are the main line of defense despite being 20 percent under strength and often misused. Police can prove effective counterinsurgents with major investments and overhauls as demonstrated in Punjab, and eventually Kashmir. But neither state nor federal police forces have been adequately trained, equipped, or reinforced enough to contend with the Naxals. Even when central paramilitary battalions are sprinkled throughout states, they are used sporadically, while offensives are short and “fitful” with little effect. The exception may be Andhra Pradesh’s efforts, but even its storied Greyhound force only made gains after almost two decades of vacillating policies and drove a Naxal tactical retreat by displacing violence to neighboring states. While Andhra Pradesh claimed victory, India continued to play whack-a-mole.

Even the government’s developmental approach has failed to seriously introduce political and economic reforms. A focus on infrastructure has crowded out spending on human development to 3 percent of allocated funds. When accounting for the affected population size, the annual spending on security related expenditures and the Integrated Action Plan (Rs. 700 crores/year) is still a drop in the bucket compared to counterinsurgency spending in Kashmir and Punjab. General development schemes have had some positive effects but these are non-targeted or inconsistent programs depleted by significant corruption and insurgent extortion.

Federalism certainly poses some obstacles to comprehensive strategies but it cannot sufficiently explain current ambivalence. When sufficiently threatened, the Indian central government has deployed coordinated counterinsurgency campaigns across multiple states, as it did with the Army’s 1971 Operation Steeplechase (in West Bengal, Bihar, and Orissa) or even some coordinated operations during the Punjab campaign (across Haryana, Chandigarh, and Delhi). Federalism also did not prevent Operation Green Hunt in 2009 across multiple states, but disinterest may explain why it was poorly planned, under resourced, unsustained, and overextended. The central government can still invoke Article 355 to protect states from internal threats and exercise its powers of coordination and inducement for a more comprehensive campaign. But the Naxal belt is not considered to be worth the material and political costs.

Experts admit the Naxal insurgency receives lower priority compared to other threats because of where it is located. As one journalist explained, “there’s nothing to be made of it, there’s nothing there.” What the state most values – economic and strategically critical regions – remain unthreatened. Numerous governments (even the British Raj) have conserved resources and deployed minimalist strategies against rebels that do not threaten their core. A threatened region of strategic or economic import may compel the costly and sustained inputs that an effective counterinsurgency campaign demands, but in other regions, the costs prove prohibitive for anything more than containment.

A more efficient, less-corrupt Modi government is unlikely to significantly change strategy towards the Naxal insurgency, either in terms of violence or effort. Modi recently expressed compassion for the Naxal base and has previously called for dialogue over violence against “our people.” Along with other national security voices, his Tribal Affairs Minister recently described Naxalism as a “social problem,” empathized with the historic mistreatment of tribals, and advocated development and dialogue to “woo them back” by winning their hearts and minds. Significant escalation of effort is equally unlikely as Modi’s primary constituency is more concerned about corruption, economic issues, religious extremism, and border threats over Naxalism. With attention dispersed elsewhere, and little incentive to reorient an approach that has managed conflict for decades, the government may tinker with but largely retain current strategy.

Sameer Lalwani is a Doctoral Candidate in the Department of Political Science at the Massachusetts Institute of Technology and a pre-doctoral fellow at the Institute for Security and Conflict Studies at George Washington University.