"Learning to Tell the Story of Our Society," Samanth Subramanian. The Hindu: Business Line. May 11, 2016

"Why South Asians Don't Write Good Biographies, and Why They Should," Ramachandra Guha. The Last Liberals and Other Essays. Permanent Black, 2004

"Is there an Indian Way of Thinking? An Informal Essay," A. K. Ramanujan. Contributions to Indian Sociology. 1989

Narrating India: Learning to Tell the Story of Our Society 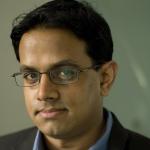 In mid-April, when the historian Ramachandra Guha delivered the annual HY Sharada Prasad Memorial Lecture in New Delhi, his talk was titled “The Art and Craft of Historical Biography.” Guha dwelled at length upon the value of such writing, and upon the characteristics of a good biography. But he also raised a question that has appeared in his own writing frequently, notably in a chapter of The Last Liberal and Other Essays. Why has India, with all its fascinating complexity and its plethora of personalities, always been under-served by historical biographers? Why, for that matter, has the larger genre of narrative non-fiction – travel literature, memoirs, essays, biographies, journalism and popular histories, all quite distinct from academic non-fiction – only now started to come tentatively into its own in India?

As an exercise, it is interesting to think through theories that might explain this phenomenon, even if some theories appear less robust than others. One set, for instance, might involve the psyche of Indian thought – in itself, a broad and perhaps problematic phrase. It is often said that Indians care little for their history, as evinced by the neglect of their history departments in universities, their monuments, and their archives. M. M. Bhalla, the former head of the English department at St. Stephen’s College in New Delhi, remarked in a radio talk in 1963 that “our anti-historical consciousness has produced a vagueness of outlook, a divorce from life as it is lived, a certain kind of woolliness, a scepticism about the individual’s place in society, and an uncritical mind where facts are concerned.” This generalization feels, again, too sweeping and definite, suggesting that there is only one possible type of historical consciousness.

Guha himself presents a sturdy hypothesis: that the dominant Marxist intellectual tradition over the past century in India has overlooked the individual in favor of a faceless society. To this, I would add a strand of thinking from A. K. Ramanujan’s seminal essay, “Is There an Indian Way of Thinking?” India’s culture, and its literary texts in particular, are, Ramanujan argues, context-sensitive, not context-free. The individual can be defined entirely by aspects of her environment. “The soil in a village, which produces crops for the people, affects their character…houses have mood and character, change the fortune and moods of the dwellers.” Time, auspicious during some hours and not so during others, is a context; so, of course, is caste. Even human emotions have been codified into the navarasas, the nine moods. Define enough of these contexts of an individual’s environment, and you have defined her. In such a tradition, the individual wanes and dwindles.

India’s demographics present another possible theory: In a thickly populated, diverse country, the compulsion to speak about its people at large is a strong one. Writing about an individual brings with it the attendant worry that her story is not representative enough, does not possess a wide enough appeal. Is it better, then, to play the numbers and write about vast swoops of history? Nirad C. Chaudhuri summed up this dilemma in The Autobiography of an Unknown Indian when he wrote: “An unstated reservation underlies the whole of the book. It is the reservation that there are exceptions to every generalization. In a country like India, so vast and so populous, the individuals who form the exceptions may well run into millions. But in spite of the weight of their numbers taken independently, they are negligible when pitted against the hundreds of millions who constitute the norm.”

The brand of writing we seek here is intimate and personal. It prizes the individual, her experiences, and her relationship to her environment, and it shows us the development of her character. This is, of course, also the work of the novel, so it is possible to conclude that the development of the novel was a necessary precursor to the development of narrative non-fiction. In the West, certainly, the novel is an old form. Even if we discount Petronius’ Satyricon and Apuleius’ The Golden Ass – both arguably novels, and both just short of two thousand years ago – we find Thomas Malory’s Le Morte d’Arthur, published in 1470, or William Baldwin’s Beware the Cat, from 1561, or Don Quixote from 1605.

But the form of the novel is not new to India either. Although some scholars identify Hasan Shah’s The Nautch Girl (published in Farsi as Nashtar in 1790) as the first Indian novel, we may well consider Banabhatta’s Kadambari or Dandin’s Dashakumaracharita to be examples of the form as well. Both Sanskrit works date to the 7th century C.E. Even Silappathikaram or The Story of an Anklet, the Tamil epic dating to the 5th or 6th century, is reminiscent of a novel, although it is one that is epic in scale and includes large sections of song and poetry. The novelistic craft of narrating lives has, therefore, existed for centuries, yet it did not inspire a parallel style in non-fiction.

We might speculate along other avenues, but the most persuasive explanation for the lack of a rich tradition of non-fiction is an institutional one. All serious, ambitious writing requires time, and an original work of non-fiction demands months or years of research and writing. The institutions that support such work include universities, with deep resources that have come about as a result of endowments or supportive governments; journals and magazines, which publish but also critique non-fiction; publishing houses; and think-tanks. In India through the 20th century, such institutions have been weak, or have deteriorated, or been poorly resourced, or are simply non-existent. It is no coincidence that over the past two decades, as some of these conditions have begun to change, a small but significant efflorescence of non-fiction has emerged.

This is heartening. The task of narrative non-fiction is to tell ourselves the story of our society, and in a democracy, this is a vital role. The more citizens know about how their world works, the more informed their choices will be. Producing such work is important, even if it is challenging. The writer Teju Cole, in an appreciation of the Indian photographer Raghubir Singh, wrote about this challenge, and about its reward. “Art is always difficult, but it is especially difficult when it comes to telling other people’s stories,” Cole noted. “And it is ferociously difficult when those others are tangled up in your history and you are tangled up in theirs. What honors those we look at, those whose stories we try to tell, is work that acknowledges their complex sense of their own reality.”

Samanth Subramanian is the India correspondent for The National, and a CASI Spring 2016 Visiting Fellow.