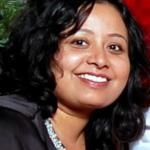 How do rebels quit armed groups and return to the same political processes they had once sought to overthrow? A lot has been written on why men and women rebel. But we know very little about why and how rebels quit. This is, however, a predominant concern among policymakers now, from Nepal to Colombia.

In my forthcoming book, I examine this question in the context of the ongoing Maoist insurgency in India. Data shows that between 2005-12, 781 rebels quit the Maoist insurgency in Andhra Pradesh and Telangana in the South. By contrast, only 54 rebels in Jharkhand and 39 in West Bengal quit the same insurgent group during the same time period. Moreover, rebel retirement is concentrated in certain districts and not others. For example, retirement in Telangana is very high in Warangal and Khammam districts. Similarly, in Jharkhand it is concentrated in Ranchi and Khunti districts and not others. Factors like policing, development, industrialization, or insurgent organization are frequently used to explain why rebels quitting hardly varies between adjacent districts. A negative binomial regression also refutes these conventional explanations. Instead, membership in civic associations (data obtained from the Indian Human Development Survey) turns out statistically significant in explaining variation in rebel retirement. But what are the causal mechanisms that relate grassroots associational life to rebel retirement?

The term “retirement” was born in the field in the conflict zones of North and South India in 2013-14. The term captures the protracted process of rebel exit better than “surrender” that focuses on the act of relinquishing arms while obfuscating the prolonged bargaining that precedes it.

My central finding is that rebels retire through informal exit networks that grow in the shadow of civic associations in the state-insurgency interface. A lot of Maoists quit in the South due to the emergence of what I call “harmonic” exit networks that weave together multiple stakeholders in an amalgam of roles and alliances to build momentum for exit and manage a myriad of uncertainties of reintegration. By contrast, retirement is very low in the North due to the development of a “discordant” exit network that exacerbates mistrust and fear among key players, deterring retirement significantly.

Let me share the story of Raju Anna, a retired rebel in Warangal district, the broad contours of whose experience resonated with 34 other retired rebels I met in Telangana. The first step Raju Anna took once he decided to quit was to send letters to his superiors in the Maoist party specifying his motivations for leaving. The Party tried to persuade him to reconsider, but eventually agreed.

Despite his party’s approval, Raju Anna could not quit because he believed that he could be killed as soon as he disarmed. The Indian state, he complained, focuses on designing surrender and rehabilitation packages that offer livelihood opportunities for retiring rebels but overlook the looming threats to their lives that actually deter retirement. Over seventy retired rebels I met, both in the North and the South, affirmed that while rebels risked their lives to return to democracy, the Indian state would lose nothing if it reneged on its side of the bargain and failed to protect retiring rebels.

Theorizing this as a credible commitment problem that state institutions do not tackle, I argue that rebels retire when informal exit networks offer alternate enforcement mechanisms that resolve this problem locally through trust and side payments. I show how the physical space and the ideational climate required for nurturing these informal networks are offered by grassroots civic associations, effectively in the South but not so much in the North. In other words, exit networks are robust in the South where the associational life is vibrant, and scrawny in the North where civic associations are weak.

Subsequently, the “harmonic” exit network in the South helped Raju Anna retire. During his insurgent career, Raju Anna prosecuted and assassinated a powerful landlord for his “crimes against the people,” which included bonded labor (vetti), rape, usury, and murders. Terrified and disgraced, the landlord family had fled to the capital city, where, they set up profitable new businesses and acquired substantial political clout. Raju Anna expected that the news of his return to the village, disarmed and defenseless, would compel the landlord family to avenge the death of their patriarch by killing him and massacring his family.

However, Raju Anna did not feel similarly threatened by the police and politicians who, he explained, have significant career rewards tied to the number of surrender events they supervise. They want to encourage more rebels to retire and attacking returning rebels would do the exact opposite. Raju Anna also reasoned that the Maoists who live like “fish in water” also do not want to hunt down former comrades in areas where they want to recruit and grow.

In mitigating the threats to his life, Raju Anna first reached out to his family. They contacted a local civil liberty activist, who reached out to a local politician who, in turn, roped in the superintendent of police, other civil liberty activists, and bureaucrats who were all connected to each other via membership of various professional and civic associations. These highly visible, geographically and socially mobile opinion makers, that I call Movement Entrepreneurs (ME), constitute the top rung of the two-level exit network. In the South, the MEs are reputed for speaking truth to power, holding the state accountable in the courts of law, criticizing the rebels for their human rights abuses, and organizing protests and peace talks, all of which served to create a favorable ideational climate where rebel retirement from a popular insurgent group was not construed as desertion of comrades but as a significant step toward demilitarization and lasting peace.

Following such destigmatization of retirement, Raju Anna’s neighbors and close friends received the news of his impending favorable return. These everyday people in conflict zones—teachers, tailors, shopkeepers, farmers, homemakers—who I call Reintegration Stewards (RS), constitute the lower rung of the two-level exit network. These RS identify and eradicate the threats to rebel reintegration. The RS used scheduled meetings in sports clubs, book clubs, and professional associations to gradually forge an overarching consensus in the village that, by allowing the safe return of one rebel, would encourage other rebels to return to their families—an outcome that many families in conflict zones desired.

The RS in Raju Anna’s case also invited the landlord family to attend their meetings and persuaded the widow of the slain landlord to promise that Raju Anna and his family would not be harmed. In places where everyone knows everyone else, such publicly affirmed pledges, often based more on rational assessment of reciprocal interdependence than positive emotions of altruism, constituted the trust mechanism that credibly committed local stakeholders to the safe return of retiring rebels.

In conjunction, MEs arranged for a license to a gas station by an upcoming highway to be offered to the landlord family, which constituted the side payment that supplemented the trust mechanism. Where the Indian state failed to credibly commit to the safety of returning rebels, the informal exit networks compensated for it and offered alternate enforcement mechanisms to tackle the rebel apprehension that deterred retirement.

The RS and ME share membership of civic associations but they hardly share intimate social ties. In fact, it is this “strength of weak ties” that allows the idea of participatory peacebuilding to traverse greater social distance than it would through strong ties among socially similar groups.

One important implication of this research is to show that rebels, even those who want to quit, will not actually quit if they believe they will likely be killed as soon as they disarm, while the state loses nothing in the process. Instead of assuming that lucrative financial packages will lure rebels back, policymakers need to creatively resolve this problem of credible commitment through institutional innovation and active participation of everyday people who have a stake in building peace in conflict zones.

Rumela Sen is a Postdoctoral Research Scholar at the Department of Political Science, Columbia University.