"Time to Mend Fences with the US," Rudra Chaudhuri. The Hindu: Business Line. June 4, 2014

"Does India Have a Grand Strategy?" Rudra Chaudhuri. India in Transition. January 17, 2011

Beyond Immediacy: India and America in the Twenty-First Century 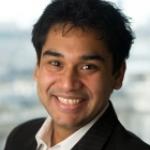 The astounding mandate secured by Narendra Modi has led scholars and commentators alike to focus on what more the U.S. can do to win India’s favor. Whilst some argue that the Obama administration ought to “modi-fy” its advance, others recommend changing the playing field and developing “a new relationship with India.” In most instances, punditry appears focused on the immediate future, and perhaps for good reasons. Commentators seem sold on Modi’s campaign slogan that “the good days are coming.” Getting on the right side of the new Prime Minister’s expected economic and fiscal turn is considered a chief priority for most governments, and especially the U.S., which banned Modi from entering its borders.

The current state of political transition within India permits an opportunity to ask a set of questions that look past those of immediate concern. This is, of course, not to suggest that efforts designed to overcome the touchy issue of a visa ban on Modi is not important. As diplomats and statesmen well know, personal anguish can make all the difference in state-to-state relations. Conviction on the part of incumbents is sometimes the key to advancements unforeseeable by others, a point clearly illustrated by the determination shown by President George W. Bush and Prime Minister Manmohan Singh whilst negotiating a landmark civil-nuclear agreement between 2005 and 2008. Yet, exaggerated focus on how best an Obama White House may reach-out to a Modi-led Prime Minister’s Office (PMO) risks losing sight of what this crucial relationship means for world politics in a more general sense. Indeed, there is little doubt that Indian-American relations will strengthen. It maybe “joyless,” as Ashley Tellis, Senior Associate at the Carnegie Endowment for International Peace, persuasively argues, but it will be productive nonetheless.

Matters of Immediacy: Intellectual Property Rights (IPR) and Defense
There is an urgent need to address differences with regards to intellectual property standards. India is one of ten countries listed on the “priority watch list” of the United States Trade Representative’s (USTR) annual “306” report. The key issue, according to the USTR has to do with India’s “weak IPR legal framework and enforcement system,” thus hampering India’s “innovation climate.” This is most acute, according to the report, in areas such as pharmaceuticals and agro-chemicals, where it is difficult to secure and enforce patents. No doubt, as insiders argue, the growing irritation on the part of American pharmaceutical firms is well reflected in the 306 report.

In turn, the BJP’s retort is unrelenting. During the campaign, Hardeep Puri, the former Indian ambassador to the UN and now a Party member, made clear that the report is “extra-constitutional.” Even special provisions, such as settling matters prior to an Out-of-Cycle review were put down by Puri as “nonsense.” The answer, according to him lay in taking the matter to the World Trade Organization’s dispute settlement body. Rather than distance India simply because this is U.S.-led and determined initiative, it would be prudent to engage the U.S. bilaterally to arrest such divergence. There is little need to pick a fight when the issue has every potential for resolution.

Furthermore, much has been written about the so-called “freeze” in U.S.-India relations following the Congress-led government’s decision to award a $10.4 billion contract to purchase 126 Rafale fighter jets. The American offer of F-class jets did not make the final shortlist. The U.S. military, analysts argue, appear to have understood their fault in taking the deal for granted. Indeed, the defense relationship is far healthier than many argue. India has spent around $10 billion on American airlift capabilities and other equipment. In 2015, both sides will re-negotiate what is called the “New Framework for India-U.S. Defense Relationship.” It will be important to manage American expectations, especially given the new Indian Finance Minister’s desire to allow 100 percent Foreign Direct Investment in defense. Much is likely to be spent on Israeli and European platforms. Limiting the scale of potential dissatisfaction on the part of American firms and government will introduce a transactional quality to a relationship that has become a bit too comfortable with disappointment.

Arguing for Responsibility
The BJP government has an opportunity unlike any other to debate matters of global interest. Courtesy Manmohan Singh questions around India’s nuclear status no longer dog its advance. The days of “nuclear apartheid” are over. India now has a freer hand to look at global issues beyond proliferation such as humanitarian intervention. Since 2005, when the UN adopted what came to be called the doctrine of the Responsibility to Protect (R2P), Indian representatives have been suspicious, at best, and disillusioned, at worst. After all, the idea behind the doctrine (adopted at the UN 2005 World Summit Outcome, resolutions 138 and 139) is to empower the international community – when merited – to assist, place pressure, and even intervene in cases where a state no longer offers protection to its population.

India has staunchly opposed intervention, seeing it as nothing more than a “Trojan horse for refurbished imperialism,” according to one former Indian representative to the UN. The invocation of R2P, in the case of Libya, only reaffirmed the view of Indian diplomats. Nonetheless, R2P is hardly a finished product; it is a doctrine in need of development. Rather than remain permanently disenchanted, there is an immense opportunity for India to demonstrate leadership and argue the merits and demerits of this encapsulation with American counterparts. To be sure, a major foreign policy speech by President Obama on May 28th made clear that one of America’s key priorities will be to “strengthen and enforce international order.”

Such enforcement has done little in Libya. Whether or not arming rebel groups in Syria will prove effective or allow for stability to take root is highly questionable. Clearly, the question of intervention is not going away. Rather than remain on the sidelines, there is an opportunity for India to engage the U.S. to find a balance between two very different sets of approaches to intervention. Of course, arguing intervention will not be easy. Neither should it be seen to necessarily find resolution. Such suggestions are likely to be read with an acute sense of scepticism by practitioners and scholars alike. Yet, India and the U.S. share a relationship like none other, a relationship that can use matters of immediacy to energize and build the necessary confidence to disagree and argue those of international concern. This will require ambition and a sense for vision, but has the potential to draw India and the U.S. into a dialogue that will help shape a more constructive and balanced twenty-first century.

Rudra Chaudhuri is the author of Forged in Crisis: India and the United States Since 1947 and a Senior Lecturer at the Department of War Studies and the India Institute at King’s College London.