Governing the World: The History of an Idea by Mark Mazower. Penguin Press HC, September 28, 2012

The International Politics of Status 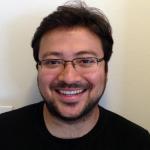 In a recent New York Times article, Pankaj Mishra painted a portrait of the modern Hindu Indian psyche in colors of “victimhood and chauvinism,” arguing that “many ambitious members of a greatly expanded and fully global Hindu middle class feel frustrated in their demand for higher status from white Westerners.” Mishra’s controversial statement is apt not just for its description of contemporary politics, but also because it captures something more ingrained and enduring in the Indian psyche. In addition to being obsessed with autonomy in international affairs, India is a deeply status-conscious power (though these two goals are increasingly incompatible for India today). Various writers have highlighted India’s sense of “civilizational exceptionalism,” “moral greatness,” “greater moral mission,” and desire for “a global leadership role.” Put bluntly, India thinks it has something important to offer the world and therefore, deserves a leading role. As Pratap Bhanu Mehta has noted, India believes the greatest source of its power will be the power of its example as a plural and economically successful democracy.

Mishra’s statement is only partially accurate – India’s Hindu elites are not the only ones to harbor status concerns, and India is not the only nation to do so either. Throughout history, as nations have risen and fallen, rank has mattered and countries lower down the ladder have invariably envied, resented, and challenged countries higher up. Understanding this dynamic is vital for fully comprehending the foreign policies of rising powers, including India since 1947.

Robert Gilpin called this phenomenon the “hierarchy of prestige” in international politics. He argued that moments of disjuncture between a rising or falling nation’s power and prestige were prone to major conflict, primarily because no group of people are willing to accept a status lower than that to which they feel themselves entitled. This is particularly true when groups are of roughly equal status. When there is a clear hierarchy, however, experimental research in social psychology shows that some members of lower-status groups are likely to at least symbolically try to join higher-status groups. They might do so by emulating the practices of the latter, by challenging the basis of the latter’s high status, or by creatively redefining the ingredients of status in order to highlight their own particular strengths.

Nations are similar in their group dynamics, and rising powers are particularly susceptible to status-seeking foreign policies. When the allure of great power begins to appear within grasping reach, societies and their leaders become particularly concerned with their position in the global hierarchy of prestige. Whether these rising powers then choose to emulate the great powers, challenge them, or be creative depends on a range of factors, but most countries pursue one of these three strategies.

Germany at the turn of the twentieth century chose to challenge the great powers, with Kaiser Wilhelm II’s Weltpolitik (or “world policy”) overtaking Otto von Bismarck’s pragmatism that had facilitated Germany’s rise in the late nineteenth century. The Kaiser’s global ambitions made Germany many powerful enemies and led it down an expensive and self-destructive path of imperialism and naval aggrandizement. Around the same time, Japan, as a rising power in the East, chose to emulate the great powers, diligently following Europe’s international laws pertaining to warfare, the treatment of prisoners, and arbitration. Japan’s primary motivation was to be counted among the so-called civilized great powers. After Japan shook up the Western world by defeating Russia at war in 1905, a Japanese diplomat declared, “We show ourselves at least your equals in scientific butchery and at once are admitted to your council tables as civilized men.”

India’s foreign policy as a rising power has been altogether different and essentially centered on creatively redefining the meaning of power in order to be counted as an equal of the great powers. India’s first generation of leaders had organized a hugely successful movement of non-cooperation against British imperial occupation, winning in some sense a public relations battle by occupying the moral higher ground. They discovered that status could be earned by injecting moral considerations into the standards by which countries are judged globally. India chose nonalignment precisely because it bestowed a certain status of being above the fray of Cold War politics. Nonalignment as a creative strategy also required India to abjure alliances, endorse multilateralism, and resort to force only when all other avenues were exhausted. These aspects of India’s foreign policy were firmly in place by the 1970s and have not changed significantly since then.

During the Cold War, India’s pursuit of autonomy sat well with its quest for status. Although the actual practice of nonalignment led the West to cry foul as India appeared to inch closer to the Soviet Union, Indian leaders remained resolutely wary of Soviet intentions and unwilling to be anything less than an equal partner with Moscow. Compared to the relationships between the United States and its allies in Western Europe and East Asia, India’s relationship with the Soviet Union could hardly be termed an alliance. Here too, India sought symbolic equality with the great powers and tried its best, within the constraints of strategic necessity, to pursue an independent path that would achieve this goal. The same goals were evident in India’s economic policies – although New Delhi relied heavily on foreign aid and defense supplies (from both superpowers for a time), there was a strong emphasis on domestic industrialization and defense manufacturing, instead of imports.

Since the end of the Cold War, Indian foreign policy is increasingly faced with a contradiction between its underlying preferences. The twin goals of status and autonomy were compatible as long as the great powers did not accord India the status it sought. Since 1990, however, India has been inordinately successful in creating international status for itself on a relative shoestring – compared to Japan, for example, India gets much more influence out of the global order for a much lower investment. India is now a member of various high-powered groupings of internationally influential countries within multilateral organizations such as the WTO and UN climate change framework. New Delhi is a highly sought after partner by countries ranging from Israel to Iran, not to mention the United States and even China.

However, despite being accorded the status it has always sought from the great powers, New Delhi is yet to begin holding up its side of the bargain by contributing to the provision of global public goods such as lower carbon emissions, lower trade tariffs, and peace and security. India’s rise up the global hierarchy of prestige has led other nations to increasingly expect India to shoulder the burdens of global governance, as all great powers have done over the centuries. Yet India clings to the idea of autonomy, unwilling to become a so-called “responsible” actor in world politics. In this sense, status and autonomy are no longer compatible.

At a philosophical level, India’s traditionally cautious and defensive foreign policy puts it in the category of countries such as Canada and Switzerland. However, India’s ambitions are in the category of China and the United States. In today’s world, policymakers in New Delhi are beginning to discover that India can be either Switzerland or the United States, but it cannot be both.

Rohan Mukherjee is a doctoral candidate in the Department of Politics at Princeton University and a Visiting Fellow at the United Nations University in Tokyo. He can be reached at rmukherj@princeton.edu.