Hanson, Elizabeth C. “India, China and the New Public Diplomacy,” Presentation at the Indian Association of International Studies/Institute for Research on India and International Studies Convention, The Dawning of the ‘Asian Century’: Emerging Challenges before Theory and Practices of IR in India, New Delhi, December 10-12, 2012

Global Views 2006: The United States and the Rise of China and India (The Chicago Council on Global Affairs)

The Perceptions of Others: World Opinion and Indian Foreign Policy 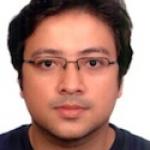 Seeing oneself through others’ eyes is an important act of introspection. There is much a nation can learn about the content and impact of its external policies by studying how it is perceived by the world. Public opinion can be a reliable indicator of trends in bilateral relations, and analysts frequently measure a country’s attractiveness (soft power) by the opinions of other societies. The perceptions of others, therefore, can act as a heuristic device for a nation's foreign policy if not a metric of its success.

There are broadly three dimensions on which public opinion surveys evaluate India: international influence, domestic performance, and leadership potential. Existing data reveal an important dichotomy. On the one hand, official statements and unofficial analyses suggest that most statesmen and experts believe India is an influential player, a beacon of democracy and economic growth, and a prime candidate for future global leadership. On the other hand, publics around the world tend to be far less enthusiastic – and often ignorant or indifferent – about India’s rise. As one scholar recently noted, while China’s image problem lies in international apprehensions about its growing power, “India’s problem is in gaining the attention, status, and recognition of a global power.”

On international influence, India appears not to inspire confidence in most parts of the world. In a global survey of more than 26,000 individuals this year, 34 percent said India’s influence was mostly positive and 35 percent said it was mostly negative. The remaining 31 percent did not know, were neutral, or said, “it depends.” Surprisingly, among the countries holding the most negative views of India were Spain, Australia, Germany, and Canada. Publics in Sub-Saharan Africa appeared to be the most sanguine about India’s global influence, likely a reflection of India’s recent efforts to provide both aid and investment to African nations. In Asia, Indonesia and Japan viewed India’s influence favorably.

On domestic performance, most countries in the world remain unaware or disapproving of India. A 2010 Gallup Poll across 110 countries found that 44 percent did not know about the job performance of India’s leadership, while 27 percent disapproved of it. Approval rates were once again highest in Sub-Saharan Africa. By contrast, majorities of respondents in Europe, the Americas and the former Soviet Union countries professed ignorance. In Asia, another Gallup Poll in 2010 showed South Asian publics – Afghanistan, Nepal, Sri Lanka, and Bangladesh – approving most highly of India’s leadership, with publics in East and Southeast Asia (as high as 75 percent in Indonesia) largely ignorant or unwilling to comment. Within this region, India’s deepening ties with Vietnam and Japan were reflected in the fact that these were the only two countries where opinion was neither divided nor disapproving toward India’s leadership’s domestic performance.

On future global or regional leadership, a handful of single-country surveys take some of the sheen off India’s rising power image. In a 2012 survey by the Chicago Council on Global Affairs, the average American perception of India’s influence in the world was 4.6 out of 10, an assessment that has not changed much since 2002. With regard to India’s future influence, the average rating was only marginally higher. The dichotomy between expert and lay opinions on India is particularly telling in light of a 2012 survey of United Nations experts by Foreign Policy magazine, which sought their top pick for permanent membership in the UN Security Council. India received the most votes, at 26 percent, with the next highest (11 percent) going to Brazil. By contrast, in 2006, 42 percent of Americans were against a permanent seat for India. India’s future leadership in Asian opinion is not guaranteed either. In a 2009 survey in Japan and China, respondents were asked to choose up to two countries that should take on future leadership in Asia. Only 16 percent of respondents in Japan and 17 percent of respondents in China listed India as either a first or second option, well behind not only the support for Japan and China in their own countries, but also for each other.

What do these various surveys tell us about India’s foreign policy and what lessons can we draw for the future? First, from a power political perspective, i.e. the perspective of statesmen, India’s economy and military rank it among the leading countries of the world. However, public opinion focuses more on societal factors, on which India does not come off well. Incidents such as the Gujarat riots of 2002 and the Delhi gang rape of 2012 severely undermine world opinion of India’s democratic credentials and state capacity. If, as many have argued, India is to become a soft-power giant in years ahead, it must first improve its public institutions. Tellingly, in a 2011 ranking of the world’s top thirty countries in terms of soft power – a composite index of the quality of government, culture, diplomacy, education, and business/innovation – India ranked twenty-seventh, slightly ahead of Russia.

Second, the data point to regional imbalances in India’s diplomacy. Publics in South Asia and Sub-Saharan Africa appear to be the most positive toward India (a marked contrast to South Asia’s leaders’ approaches to India). However, societal awareness of India and assessments of its influence remain dismally low in other parts of the world. In particular, high levels of ignorance and indifference toward India in East and Southeast Asia suggest that Delhi’s Look East Policy has made limited progress in a region permeated by Chinese cultural and socio-political influences. In today’s world of declining inter-state military conflict, if great power competition can be considered a struggle to capture the global imagination, India’s reach is extremely limited. Needless to say, Indian public diplomacy needs to dramatically widen its geographical net.

Finally, India is yet to break into the club of great powers as far as the latter’s publics are concerned. In 2010, the average warmth felt by Americans toward India on a 100-point scale was 53 (Britain ranked highest at 73, North Korea and Iran lowest at 27), a score marginally higher than the 46 to 49 range in which it had remained since 1978. Evidently, over three decades of monumental shifts in India’s fortunes have barely made a dent in the American mind. In China, public perceptions of India declined between 2006 and 2012, from 33 percent to 23 percent in favor. Japan is the only country among the great powers where public opinion of India has steadily improved. These trends point to challenges and opportunities for Indian diplomacy, particularly in terms of deepening ties with Japan, upgrading relations with the United States and addressing the deficit with China.

Better public perceptions in other countries – especially the great powers – will earn India some leverage through their domestic politics, and sizeable minorities in favor of India can be potential assets in times of crisis. Diplomacy today is no longer the sole preserve of designated agents of the state; it must now also account for inter-societal perceptions and interactions. India is a latecomer to this game, and though it has tremendous cultural reserves, has not quite yet mastered the art of harnessing its soft power effectively. As a first step, Delhi would do well to pay greater attention to what others think of India.

Rohan Mukherjee is a Ph.D. candidate in Politics at Princeton University.