214th Report of Indian Law Commission - Proposal for Reconsideration of Judges Case I, II, and III (2008)

"Appointment of Judges by Collegium of Judges," T.R. Andhyarujina. The Hindu. December 18, 2009 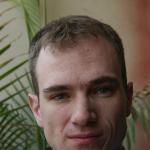 Some sixty years after first opening its doors, India’s Supreme Court can be described as both powerful and sprawling. Its numerous benches dispatch dozens of decisions, dramatic and mundane alike, on an almost daily basis for most of the year. To cope with its ever-expanding size, caseload, and responsibilities, the power of the Court’s primary administrator – the Chief Justice – has expanded remarkably; indeed, today’s is a Chief Justice-dominant Supreme Court. Although debate over the balance of power between the judiciary and elected branches in India frequently takes centre stage, what is often missed is this shift in power within the judiciary itself. It is a shift which has far-reaching consequences and arguably has arisen outside the Constitution’s original vision.

When it comes to bench selection, the Chief Justice can potentially influence the outcome of cases through his ability to choose which judges sit on what benches. This has only become easier as the Court has grown from its original eight judges to thirty-one today. In fact, no Chief Justice of India has been in dissent on a constitutional bench since Chief Justice S.P. Bharucha in I.T.C. Limited vs. Agricultural Produce Market in 2002.

Non-dissenting Chief Justices is not a new phenomenon. Professor George Gadbois at the University of Kentucky found that Chief Justice K. Subba Rao (who served as Chief Justice from 1966-1967), with his stark anti-government bias, was in dissent forty-eight times as a Supreme Court judge – more than any other judge to that point – but was never in dissent after becoming Chief Justice. Perhaps more tellingly, during his tenure, the entire Supreme Court gave more anti-government decisions than ever before, suggesting he used his bench-setting power to affect cases he didn’t even hear.

The power to set benches is also given to High Court Chief Justices. Like their counterpart in the Supreme Court, they have a strong say in controlling their court’s agenda. For example, in most High Courts, it’s the Chief Justice’s bench that first hears public interest litigation (PIL). Consequently, High Courts gain a reputation either as sympathetic or unsympathetic to PILs based largely on the Chief Justice alone.

Finally, several other powers, both anticipated by the Constitution and not, help make the Chief Justice the clear focal point of the Supreme Court: he or she approves case referrals from smaller to larger benches; decides when high-profile cases are heard; transfers High Court judges as part of the collegium; opens investigations into alleged corruption; filters letter petitions sent to the Court; and is its most visible face and spokesperson.

With a larger and more prominent Court, the Chief Justice’s powers were bound to increase. This shouldn’t be a concern in and of itself. There is even reason to reinforce aspects of this leadership role. For example, currently the Chief Justice’s term can be as short as a few weeks. A two year minimum term would give him or her a more appropriate amount of time to lead an often unwieldy judiciary.

Still, if part of the strength of the Supreme Court comes from decisions made by multiple judges with equal voices, the rise of the Chief Justice undercuts this value. If legitimacy is derived from the Court giving clear reasons for its decisions, the lack of transparency in some of the Chief Justice’s administrative functions is unsettling. Additionally, the current system relies on Chief Justices of impeccable character. However, there is no guarantee that these powers couldn’t be misused in the future, with little check outside impeachment by Parliament; a process that’s not easy. Similar powers amongst the High Court Chief Justices multiply the possibilities for abuse.

While denying allegations that he fixed benches for ideological purposes, Chief Justice Subba Rao recommended after he retired that the entire court – then 11 judges – sit together for all important constitutional law cases so that “people can no longer have any apprehension, whether justified or not, that the court is packed.” Today, given the Court’s thirty-one judges, such a suggestion is infeasible. However, benches could instead be selected randomly. If the Court feels that some judges have more expertise in certain matters – and so should be prioritized to hear them – it could lay out principles by which they are selected.

Meanwhile, the appointment of judges through the collegium is under pressure after controversial incidents such as last year’s selection of Karnataka Chief Justice Dinakaran for the Supreme Court, who was accused of possible corruption by members of the bar. The Law Commission has recommended creating a national judicial appointment commission constituted by a broader cross-section of the government and legal fraternity to make the selection process more accountable.

How the Chief Justice is appointed is also ripe for reconsideration. Early commentators warned that picking the senior-most judge on the Court as Chief Justice, instead of the best suited, was an unhealthy convention. However, concern that politics, and not merit, would dominate the Chief Justice’s selection has left seniority as the default qualification. A new national commission to select judges could use merit, in combination with other factors, such as seniority, to choose the Chief Justices of the Supreme and High Courts.

Policymakers should consider such reforms. Given that India’s upper courts will continue to be Chief Justice-dominant for the foreseeable future, the judiciary’s long-term health rests on their offices’ powers being transparent, with limits created to minimize the possibility of abuse. Such a system will allow the judiciary to better face the many challenges, from backlog to pressure from the executive, which it will continue to face in the coming years.

Nicholas Robinson is a Visiting Fellow at the Centre for Policy Research, New Delhi.He can be reached at nickrobinson5@gmail.com