Background note on Bt Cotton in India, Ministry of Environment and Forestry, Government of India,

“Seeds of suicide: The ecological and human costs of globalization of agriculture,” Vandana Shiva, Research Foundation for Science, Technology and Ecology, 2000.

“The brouhaha about Bt-Cotton in India,” Shanthu Shantaram, AgBioView, May 2, 2005. 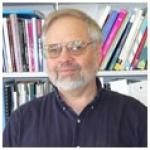 On September 7, 2001, India’s then Prime Minister Atal Bihari Vajpayee announced a national policy with the vision of “shaping biotechnology into a premier precision tool of the future for creation of wealth and ensuring social justice – especially for the welfare of the poor.” Biotechnology, in the aims of the policy, was to combat obdurate diseases and nutritional deficiencies, increase agricultural production, and protect the environment. Scientifically, these are all plausible – though distal and aspirational – claims.

Inevitably, the question that must be asked is: Why would a democratic, developmental state promote a technology characterized by globally-prominent Indian activists as 'suicidal' – destructive of farmers, agriculture and nature, the very constituencies it claimed to promote and protect?

To date, India’s primary experience with genetically engineered organisms is with Bt cotton. Gurcharan Das recently noted in a column in The Times of India: “India has doubled its production of cotton in the past five years. It crossed the US last year to become the world's second largest producer and is expected to overtake China in 2009 to become world's number one. India's cotton revolution is the subject of constant discussion at global agricultural forums, but in India almost no one has heard of it. Our media talks only about the suicides of cotton farmers. This is because environmental activists have been spreading disinformation and misleading the public. ”

Opponents of transgenics – strategically called “Genetically Modified Organisms” or “GMOs” -- reject these claims. More radically, transgenic seeds were framed first as “suicide seeds,” imbued with “terminator technology” that prevented saving or replanting of seeds. This bio-cultural abomination was attributed [falsely] to Monsanto, thus buttressing nationalist critiques of multinational corporations in a globalizing India. More darkly, new seeds were linked to widely reported waves of farmer suicides, as well as deaths of sheep and cattle. The public is understandably mystified by the numerous media reports that “Bt cotton has failed” when it is clear that more and more farmers and firms are taking it up.

The cognitive rift between these framings of Bt cotton – miracle seed or suicide seed – could not be wider.

Failure of opponents to block Bt cotton was not caused by Delhi or Monsanto, but by the agency of farmers recognizing their interests. Reciprocally, activists failed to listen to farmers, for reasons  I have documented in explaining the failure of “Operation Cremate Monsanto.”

Globally, the battle over biotechnology is largely a contest of metropolitan middle classes engaged in proxy wars on the terrain of relatively poor farmers. Ironically, opposition to biotechnology in India has been largely an urban phenomenon, a creature of media and various websites. Opponents are backed by international NGOs and aid projects brokered through claims of indigenous authenticity. Reciprocally, middle-class proponents occupied positions within the state and formal-sector firms and organizations. Farmers were largely absent, though everyone speaks in their name.

Between these camps, even the most basic facts of biotechnology are contested, as one can see in a representative sample from English-language posts on India Together. A surprisingly large part of opposition failure is explained by its grounding – both materially and discursively – in a European narrative that is alien to India.

Where global discourse serves local mobilization especially badly is on issues of monopoly power and multinational control. There were no patents in India on Bt cotton technology, nor any terminators. Rather than monopoly and control, local competition with Mahyco-Monsanto is intense and extensive. Underground, technically illegal transgenic cotton was spreading before Monsanto sold a single seed in India. When Delhi declared these seeds illegal, in 2001, “cottage industry” production of new Bt hybrids ensued, especially in rural Gujarat. The irony is that the suicide seeds proved so robust that they sprouted and spread beyond the control of either Monsanto or Delhi.

Similar dynamics characterize other countries from Vietnam to Brazil. Regardless of urban discourses on biotechnology, farmers are taking initiatives: if transgenic seeds are either too expensive or bureaucratically restricted, they make, trade and save their own stealth seeds.

Stealth seeds thus defy European narratives of power in bio-property. Likewise, activists opposed to biotechnology misrecognize the dynamics of markets, despite intense scrutiny of neo-liberalism in contemporary India. The legal transgenic seed market is intensely competitive and prices have dropped significantly. Firms are continually crowding in with new seeds and farmers' choices continue to expand. Bt cotton now presents a smorgasbord of dozens of hybrids, some indigenous, some foreign – such as Nath Seeds in cooperation with a Chinese public sector firm – and some home-brewed by farmers for the gray market. Facing market discipline, why would farmers and firms take on a technology that was failing, or worse, fatal?

The most astonishing lapse in the opposition discourse – and one reason for its failure in rural India – is the deep cultural urban bias that treats 'peasants' as incapable of agency or rationality. Why would farmers plant suicide seeds year after year? Why could farmers not engage in the same opportunistic appropriation of intellectual property that characterizes other industries – software, pharmaceuticals, films, music, couture, among others – in cities around India and the world? As one Gujarati farmer told me in 2005, in English, “This is not rocket science.”

The world’s first hybrid cotton – Shankar 4 – was produced in Gujarat. In opposition to the radical difference implied by critiques of biotechnology, Devparna Roy has documented how Gujarati farmers have naturalized transgenics as a normal part of their risk-avoidance and revenue-making strategies. Even some organic cotton farmers in Gujarat saw no contradiction in planting Bt cotton; the technology enables plants to protect themselves from bollworms rather than depending on dangerous and expensive pesticides. There is a kind of poetic justice in the interaction of plant and pest: if you leave the plant alone, you live; if you attack the plant, you die.

But these are farmer choices. Why does the Indian State, under a supposedly neo-liberal dispensation, get involved with either promoting biotechnology or regulating seeds in the villages? At first blush, establishing a Department of Biotechnology in Delhi seems a throw-back to Nehruvian faith in science and planning.

One could argue that Nehruvian legacies die hard, but the reality is that all States at this historical juncture must make choices about biotechnology. International treaty norms cover transgenic organisms and bio-safety institutions. Global trade is being restructured around 'GMO-free' and biotechnology-dominant agricultures, essentially reproducing the European and American binary.

It is this global rift on genetic engineering – and the demand of farmers for the technology – that pressure the developmental state. Losing out in the global move to high-tech agriculture could disadvantage both farmers and nation-states in an egregiously rigged global economy. Moreover, given climate change, rapid and precise plant breeding may offer solutions otherwise unobtainable – to drought stress, for example. The worst-case scenario is exposure of Indian farmers to increased vulnerability without state of the art technology: an uneven growing field.

One hears the cliché in Delhi: ‘We missed the industrial revolution, we cannot miss the information revolution.’ Parallels to the global digital divide that widens the gap between advanced and lagging societies and classes are striking.  Activists opposing biotechnology would be the last to forgo cell phones and computers – their compensation for small numbers is high technology wedded to cultural capital. Likewise, there is essentially no opposition to medical biotechnology. Human insulin has been produced via biotechnology since 1978 – culturally a step up from the alternative technology:  scraping the innards of dead pigs and cows. Life-saving pharmaceuticals have drawn little protest compared to seeds, but genetic engineering increasingly goes into both.

In theory, developmental states succeed by rising above political squabbles, thereby achieving some autonomy from civil society, to promote the common interest over assertions of particular interests. The autonomy of India’s developmental state from civil society has marked biotechnology policy, with minor interruptions. The contrast to Africa and Southeast Asia is striking.

In becoming the sixteenth nation in the world to approve a transgenic crop for cultivation, in March 2002, India chose the American rather than European side of this technological divide. The Bt cotton story is one relative success in Indian agriculture – even in the face of illegal rigging, as determined by the WTO – of global cotton markets by the US.

India’s biotechnology story thus far has fortunately not depended on Delhi. Basic research in other countries aimed at making profits for commercial firms has been locally adapted to a daunting problem of cotton cultivation, with considerable success.

Indian farmers took to transgenic cottons for reasons consistent with international experience, tested on their own farms: higher profits from improved plant protection, lower pesticide costs and less poisoning of people, water and soils. Whatever the combination of factors involved in rural crisis, and tragedies of individual suicides, Bt cottons have lessened, not increased agrarian distress.

This development has not needed the developmental state; indeed, it was slowed by the regulatory state. Delhi has fallen far short of the broad aspirations implied by Mr. Vajpayee’s statement of vision. For those difficult but plausible outcomes to be realized, India will require a more active, creative and effective developmental state than we have seen so far.

Ronald J.  Herring is Professor of Government at Cornell University and Team Co-leader and Faculty Fellow of the Institute for the Social Sciences 2006-09 theme project “Contentious Knowledge: Science, Social Science and Social Movements.”