"Is India's Gender Imbalance to Blame for Rise in Violence Against Women?" The Current. Canadian Broadcasting Corporation, April 2018 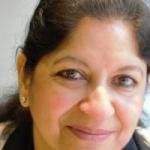 Indian historians have expended much labor and analytical acumen in deconstructing the colonial construction of Indian women and gender relations in India. The British had highlighted the “low status” of Indian women by citing cultural practices such as purdah (veiling), sati (widow immolation), child marriage and dowry, not to mention female infanticide. Since then, these practices began to metonymically represent Indian women to the outside world as being subjugated and lacking any rights or agency of their own. While many of these practices undoubtedly existed during the colonial period, in specific northern regions of the country, they were by no means pervasive or unchanging. The homogenizing British rendering, however, left the outside world with a perception of Indian women as being uniformly abject and subject to atrocious treatment.

Post-independence, Indian writings and sociological studies began to draw a more nuanced picture of the lives of Indian women. These studies paid attention to differences in women’s circumstances and status due to caste, class, religion, region, and over the life-course. Women’s status also varied depending on education and family wealth.

More recently, due to some highly publicized heinous rape cases (especially the December 2012 “Nirbhaya” rape that took place in the capital city of Delhi), Delhi was christened the “rape capital of India,” and India as being extremely unsafe for women. Relentless statistics about women’s inferior status in society are constantly funneled into the public space, leaving the world with the impression that the lives of Indian women remain “brutish and nasty,” if not short.

While there is little disagreement on the need for a great deal of improvement and a faster movement toward gender equality, I wish to examine how Indians and non-Indians who speak in and to the western world continue to represent Indian women from the particular angle of them being subject to various atrocities, to the point of not leaving any space for representations that capture the complexities and diversity of their experiences.

For example, in an April 2018 interview on The Current, a program of the Canadian Broadcasting Corporation, the topic of conversation,“Is India’s Gender Imbalance to Blame for Rise in Violence Against Women?” stemmed from a well-researched April 18, 2018 Washington Post story titled “Too Many Men.” I and another Indian, Ruchira Gupta, were the guests.

After asking me several questions on India’s sex ratio imbalance and its consequences, the radio host turned to Gupta (who runs the New York-based anti-trafficking organization, Apne Aap). Gupta proceeded to paint an excruciating picture of the plight of Indian women and children as being subjected to innumerable atrocities such as trafficking, forced prostitution, rape, sexual slavery, and discrimination within the household. It was clear that Gupta’s  rhetorical and sensationalizing mode of presenting what she saw as the condition of Indian women was aimed at Canadian (mainly white) audiences who she likely felt would accept her representations without question. She stated, “As a fetus, if (girls) are spared from infanticide, they could be sold into prostitution at puberty, or into domestic servitude where the child will be sexually exploited”—as if this were an inevitable trajectory for every Indian girl child. Such a representation turns a blind eye to the spectacular gains in literacy and education levels, with Indian girls performing far better than boys in school leaving exams. One could easily produce exactly the opposite picture to Gupta’s by shining a light on award-winning sportswomen, ISRO scientists, airline pilots, or sterling women anchors in media, and the millions of young women who are going to school and college in unprecedented numbers. Or one might politely point to the sobering statistics of rape and gender crime, which, as bad as they are in India, are far worse in the locale from which Gupta preaches. While India had 1.8 rapes per 100,000 population in 2010, the U.S. had 27.3. Whether the rising numbers of gender crimes in India can be attributed to higher reporting or whether there is actually a rise in its incidence needs serious investigation before conclusions can be drawn.

Closer to our topic of discussion, Gupta claimed that “the demographic divide (sex ratio imbalance) has also contributed to the increase in sex trafficking of women and girls from one part of India to another.” She further added, “Girls from the most poor families who are also low-caste are forced now to be sexually available for upper-class and upper-caste men, taken to villages in Haryana, Punjab, Uttar Pradesh, and Rajasthan. They are made to work like chattel and sex slaves for these men.”

These statements were not backed by any evidence. While I do not presume to speak to the trafficking of women and children in India, which is Gupta’s expertise, I can speak from fifteen years of experience on women who are being popularly represented as “trafficked brides” in India’s “bride-starved” regions. Accounts such as Gupta’s conflate migration with trafficking and rob women of any agency in making decisions about their lives. By representing them in this manner, Western-based champions of the plight of Indian women claim to speak for them with little regard to the actual reality and to how the women themselves might wish to be represented. For a self-declared feminist activist, this is a serious problem, especially as “subaltern” bride/trafficked women cannot speak back—particularly not in English, the only language that matters in locales like New York.

Until now, little scholarly evidence exists to draw a causal relationship between the sex ratio imbalance and the rise in trafficking or gender violence. Scholarly work on the cross-region brides in India’s skewed sex ratio areas instead depicts only a small incident of trafficking with the majority of women migrating through a process of “chain marriage migration.” We also find that many of the migrating women are economically better off than they were back home while others have used cross-region marriage to escape other unbearable conditions at home.

Claims that migrant brides—a better descriptor for women who have married into the skewed sex ratio regions of India—are treated like “chattel and sex slaves for men” are gross over-exaggerations. The ethnographies collected by several scholars find a varied reality with individual women faring differently, and there is little evidence of their being treated as “sex slaves,” a term used purely for its titillation value.

Arguments that the sex ratio imbalance has led to making poor, low caste women “sexually available” to northern upper class and high caste men are rich on shrill rhetoric but belied by sober careful research. Research shows that while some of the men might be upper caste, they are hardly rich or privileged; in fact, they are the “leftovers” in the marriage market—disadvantaged males who lack either land, or education, or are jobless. Rather than being predatory patriarchal males, they are dejected and depressed about their lot in life and their inability to marry women from their own region.

Most of what Gupta alleges stems from cursory knowledge gleaned from popular media reporting in the west. In 2016, Al-Jazeera filmed a documentary titled India’s Slave Brides. This representation is further strengthened by a recent campaign “The CNN Freedom Project,” the blurb for which states: “Since 2011, CNN has been shining a light on modern-day slavery.” This program includes a segment on India’s migrant brides.

In such representations across the globe, are we seeing a new avatar of the “white man’s burden,” in which Indians situated in the west play along to gain fame and funding for their projects? In asking this question, I do not at all wish to belittle the difficult and important work done by many organizations dealing with human trafficking or sex exploitation; however, the plea is to allow space for women’s agency in their life-choices. Representation must stay close to the truth, as far as the truth is knowable.

Ravinder Kaur is a Professor of Sociology and Social Anthropology at the Department of Humanities and Social Sciences, Indian Institute of Technology, Delhi. She was a Spring 2018 CASI Visiting Scholar.