Manu Bhagavan, The Peacemakers: India and the Quest for One World (Basingstoke: Palgrave MacMillan, 2013)

Lorna Lloyd, “‘A Most Auspicious Beginning’: The 1946 United Nations General Assembly and the Question of the Treatment of Indians in South Africa,” Review of International Studies 16, no. 2 (1990): 131–153

UN’s 75th Anniversary: India’s Past Leadership in Promoting Human Rights at the UN 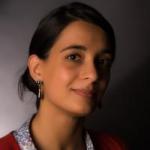 In June 2020, India was elected a non-permanent member of the UN Security Council (UNSC). This comes at a crucial time for the current multilateral order, which to many observers has entered a state of crisis. Climate change and COVID-19 are only the most glaring reminder of the urgent need for global cooperation. Yet, never has the post-war global order been so besieged by unilateral and nationalist tendencies. The challenge when India starts its UNSC term will, therefore, be to help reinvigorate, if not reinvent, global governance and renewal of commitment by states to a shared set of international norms.

The norm that has been most significantly eroded is human rights. As UN Secretary-General Antonio Gutteres noted last July, “Discrimination, abuse, and lack of access to justice define inequality for many, particularly indigenous people, migrants, refugees, and minorities of all kinds. Such inequalities are a direct assault on human rights.” Human rights have been a notion central to past UN debates; most recently the Responsibility to Protect and the justification of interventions on humanitarian grounds. While the traditional historiography of human rights gave a preeminent role to Western actors in fostering human rights, recent scholarship has highlighted the crucial role of non-Western actors in promoting human rights at the UN. India is a case in point. At a time when the multilateral order needs to be reorganized and India is to step in the UNSC, it is worth delving into its past engagement with human rights at the UN and the reform of the global order.

International organizations were central to the foreign policy of a newly decolonized India. Jawaharlal Nehru, its first Prime Minister, understood early the importance of shaping international norms and their political use. However, it is little known that India was a major protagonist in the debates around an emerging UN human rights system. As I show elsewhere, India aimed, at the same time, to change the global order, get a position of normative leadership, and support overseas Indian communities. Reconstructing that historical moment allows us to retrieve those goals and visions.

In 1946, India became the first member state to refer a dispute against another country, South Africa, due to discriminatory laws against overseas Indians there. It asked that the treatment of Indians in South Africa be placed on the agenda of the first UN General Assembly. Mark Mazower argues that this action led to the transformation of an empire-friendly organization “into a key forum for anti-colonialism.” Originally, in June 1946, when the colonial Government of India referred the case to the UN, it did not mobilize the concept of human rights. Even so, the case broke new grounds: since India was concerned with the welfare of Indian non-nationals, its referral directly challenged the principle of state sovereignty. The Government of India knew that South Africa was likely to object under Article 2(7) of the UN Charter (principle of domestic jurisdiction)—which it did in due course.

However, even more significant is what the interim government led by Nehru made of that case, once it took the reins of power in September 1946. Tej Bahadur Sapru, a prominent lawyer, advised a shift in India’s line of argumentation. As there was no “Empire nationality,” Indians in South Africa “must be treated as bound by the laws of South Africa,” but “those laws affect the fundamental human rights of Indian subjects there…” This was the eventual framing of the case. The appeal to human rights implied a reference to the Preamble of the Charter and human rights became a normative argument to justify bypassing domestic jurisdiction. Nehru followed this line of argument by claiming that “the treatment of Indians in South Africa is fundamentally a moral and human issue which, in view of the ‘Purposes’ and ‘Principles’ so clearly stated in the preamble of the Charter of the United Nations, the General Assembly cannot disregard.” Thus, India’s endeavor at the UN moved from being a fight for overseas Indians and their status in the Empire to one based on universal principles. It became a fight for all—beyond Indians. Accordingly, in October 1946, when the General Assembly reconvened, India’s new delegation gave fresh meaning to the old dispute. Through its appeals to human rights, Indian delegates argued for the primacy of morality over law, and through it—paradoxically (it seemed) for a newly decolonized state—for the restriction of the principle of domestic jurisdiction. In December, after hours of debates at the UNSC, the General Assembly finally adopted a resolution that rejected South Africa’s argument of domestic jurisdiction and held that its “actions should conform to the Charter’s human rights provisions.” India won the case, and through that victory, human rights found a new place at the UN.

As this episode shows, engaging with the concept of human rights became for India a way to assert its identity as a postcolonial (and anti-colonial) actor. It was pivotal to its leadership in shaping a post-imperial global order during the age of decolonization.

At the same time, India also envisioned human rights at the UN as a pragmatic way to protect Indian communities abroad against state violations. In a context where the Indian state could not protect overseas Indians directly, the UN could offer a potential solution. This partly explains why, during the drafting of the Universal Declaration of Human Rights between 1947 and 1948, India was one of the countries advocating a strong human rights regime. At the UN Human Rights Commission, India’s delegate, Hansa Mehta, also a prominent social activist and campaigner for women rights, described how the indentured labor system had created “numerous cases of denial of rights both in law and equality due to administrative practices.” That system had been at the origin of large migratory movements outside India to work in plantations of the Empire after slavery was abolished in the UK in 1833.

Mehta promoted a strong version of human rights along three lines. First, she advocated a UN mechanism of implementation and enforcement of these rights. In January 1947, she suggested “the establishment of a world court of human rights, reference to the International Court, or action by the Security Council.” Additionally, Mehta suggested that the Human Rights Commission list for every country the “legal and administrative measures tending to decrease human rights within the meaning of the principles of the Charter.” In contrast, the US, along with the UK and the USSR, supported far more minimal measures. Second, Mehta advocated for binding character of human rights. Third, along with the Lebanese and Filipino delegates, she advocated a right of petition by individuals and organizations and for empowering the Human Rights Commission to study them.

In the end, Mehta did not push her resolution on implementation further, after Nehru reminded her of the more modest brief she had been given. Still, she kept advocating enforceable principles of human rights by the UN and a legally binding convention. With the Lebanese and the French representatives, she fought for an individual right to petition in the debates of June 1949 against US opposition. Ultimately, however, the draft of a Human Rights Covenant was finalized along the lines of US and British wishes—i.e, only states would have a right of petition.

This story is, therefore, not one of unqualified success. One should also note the cautionary side of India’s ambitions regarding human rights as indicated by Nehru’s remark. Yet, what is striking is the extent to which India was willing to champion proposals on human rights that were more ambitious than what most delegates were ready to accept, and that directly challenged a strict principle of state sovereignty. This episode, which spans years of activism at the UN, also shows how India’s early aspiration to normative leadership, its effort to reimagine a global post-colonial order, and its desire to solve a practical issue regarding overseas Indian communities intersected. India, thus, became a major protagonist of early human rights and global governance debates.

Today, as the future of the multilateral order is on the table, and India has a preeminent claim in shaping it, it is worth remembering its past ambitions in shaping the post-war international order, and its early role in human rights debates. India’s election provides it with a privileged position to once again influence global debates at a crucial juncture, while also putting the spotlight on its actions.

Raphaëlle Khan is an Associate Research Fellow at the Institute for Strategic Research (IRSEM), Paris, and a CASI Non-Resident Visiting Scholar (2019-20).