India and Climate Change: If Actions Could Speak Louder Than Words 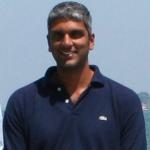 As the next round of international negotiations over climate change commences in Cancun, Mexico, the Indian government finds itself on center stage. In the lead up, the Indian environment minister has stated that India would proffer a framework for monitoring emissions-reduction efforts, known as the International Consultation Analysis (ICA), and a mechanism for technology transfer. This follows on the heels of the Indian government’s pledge in Copenhagen a year ago to reduce the carbon intensity of GDP – the per-dollar amount of greenhouse gas (GHG) emissions – by 20 to 25 percent below 2005 levels in 2020. Given the absence of commitments to reduce emissions from developed countries, the Indian government is taking a proactive, but risky stance. Rather than serving to show up the developed countries, they risk shifting expectations of India’s own future emissions baseline and transparency to a standard that cannot, and perhaps should not, be sustained.

The Copenhagen Accord marked a bitter-sweet milestone in international climate politics. For the first time, 125 heads of state agreed, in principle, to keep global warming to within two degrees Celsius, so as to prevent dangerous human interference with climate change. But to those who had hoped that large emitters, particularly the U.S. and China, would adopt binding commitments to reduce emissions, this was a failure, though a predictable one.

It was also disappointing that comparable demands were being made of countries with very different contributions to climate change. The U.S. representatives insisted that the U.S. will not participate unless fast-growing emerging economies demonstrate a serious commitment to reducing GHG emissions. While China was the primary target, India too came under pressure.

India is an outlier among the top twenty emitters, which also include China, the U.S., the EU, Japan, Russia, Brazil, and South Africa. With a third of the world’s poor, India has the highest number of poor people in this group. Though India contributes 5 percent of global GHG emissions, India’s per capita emissions are the lowest in this group, ranking 149th in the world; less than that of Zimbabwe. Even with a population fast approaching that of China’s, India contributes a quarter of China’s greenhouse gas emissions annually. The Indian economy has also grown slower in the best of times; since 2000, its GDP grew at a 7 percent average growth rate compared to China’s 10 percent.

Investments in energy security have also had a side benefit of reducing GHG emissions growth. In the last decade, 50 percent of electric capacity additions were in hydro, wind, or solar, which have very low GHG emissions. Currently, non-hydro renewable energy capacity comprises 10 percent of the installed base of 160 gigawatts (GW), which is comparable to the EU and China, and more than twice the share in the U.S.

How robust is this trend of declining carbon intensity of GDP? While signs point in this direction in the near term, the longer-term trends are uncertain. The carbon intensity of the economy can increase simply because certain parts of the economy that use more energy – such as manufacturing – grow faster than others. For example, manufacturing sectors, which use several times more energy than do service sectors, contribute 28 percent of GDP, while services contribute 56 percent.If manufacturing replaces services as the primary driver of growth, energy intensity can increase.

Economic policies that raise productivity and human development can cause some of these structural shifts. Increased mechanization of agriculture is one example. The expansion of electricity service to the 40 percent of Indian households that lack access, if accompanied by a concerted shift towards rural development, could stimulate public services, new livelihoods and construction. All these policy shifts are desirable from the perspective of economic development, but together, may increase carbon intensity.

The mix of fuels that support electricity growth is a critical factor as well. Investments in coal are already on the rise from government’s efforts to liberalize the sector. A growing share is expected to come from more efficient super-critical coal technologies. Of the 100-120 GW that would be built by 2020 at the current supply growth rate, 58 GW of coal projects are already slated for completion in the 11th Plan (2007-12). On the other hand, the national government has grand plans to scale up nuclear and solar capacity to 20 GW each by 2020, the latter as part of the National Solar Mission. Seventeen state electricity regulators have established renewable purchase obligations.

When the rubber meets the road, to what extent non-coal technologies would dent India’s future capacity requirements is uncertain. What is likely though, is that large-scale investments in wind and particularly solar would increase electricity costs, due to their higher capital cost and lower utilization than fossil fuel sources. Large-scale wind and solar farms in India today cost more than double, and five times that of coal-based electricity, respectively. India has lower average wind speeds than the U.S. and EU, which makes its wind turbines less productive. Nuclear and hydro technologies have also been controversial in India for their hidden economic, social, and environmental costs. Electricity regulators will face a political challenge in passing these higher costs through to the three-hundred million and growing population who consume electricity and earn less than $2 per day.

India’s commitment to reducing climate change is better judged in terms of specific actions and initiatives rather than economy-wide trends. Indeed, a closer look at recent policy initiatives shows that India has begun to exploit some of the many opportunities to reduce emissions growth that also benefit its development interests.

In 2008, the government launched the National Action Plan on Climate Change (NAPCC), which includes eight national missions that focus on a number of research areas related to climate change, sustainable agriculture, the National Solar Mission, and National Mission for the Enhancement of Energy Efficiency (NMEEE). The Bureau of Energy Efficiency has already promulgated appliance standards, initiated training of industrial managers, and formulated a novel energy efficiency trading scheme among large industries. With among the highest industrial electricity prices in the world, and the introduction of international competition and market-based energy pricing in the last two decades, many energy-intensive sectors such as cement and steel have been reducing their energy intensity every year since 1990. If these new initiatives take hold on a commercial scale, India may well offer lessons for other countries.

There is yet much untapped opportunity to lower carbon use by expanding energy supply more efficiently. Many of these opportunities and their costs are difficult to quantify, because they involve governance reforms. Policy achievements are often measured in terms of built capacity, rather than in terms of the services actually provided. While power plants are built, their benefits reduce due to poor maintenance or poor delivery systems; villages get grid access, but limited power supply. Examples of efficiency-enhancing and carbon-reducing initiatives include improved and efficient irrigation, reduction in electric and water distribution losses, and improved utilization of existing power plants. Other, more transformative changes include increased public transportation, and the recently announced improved cook stove program, both of which not only reduce GHG emissions, but also improve air quality and raise the living standards for the poor.

The energy landscape in India is complex, and driven by multiple, unpredictable, and conflicting trends. Even if carbon intensity of GDP growth does reduce at the pace pledged in Copenhagen, that outcome would not vindicate the Indian government’s judgment. There is a lot more research to be done to identify the feasibility and cost of various low-carbon growth opportunities. In Cancun, the Indian government ought to showcase its recent initiatives to encourage developed countries to make good on their past pledges for technical and financial assistance. The Indian government’s efforts to encourage transparency are laudable, if leveraged appropriately. All countries need to do more to prevent climate change. But when viewed in the context of total emissions share and standards of living, the onus is on the U.S., China, and the EU to act. In Cancun, the ball is not in India’s court.

Narasimha Rao is a Ph.D. candidate at Stanford University’s Emmett Interdisciplinary Program in Environment and Resources (E-IPER).He was formerly a Visiting Faculty at the Center for Public Policy in the Indian Institute of Management in Bangalore. Email:
Narasimha Rao