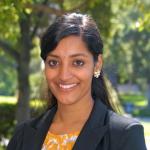 Last week, the Speaker of the Lok Sabha, Sumitra Mahajan, commented on the need to reconsider India’s extensive system of caste-based reservations. Citing Dr. B. R. Ambedkar, the noted Dalit jurist and social reformer, she said, “Ambedkarji had said, ‘Give reservations for ten years and after ten years, do a rethink. Bring them to that stage.’ We have done nothing.” She went on to note that, despite over fifty years of affirmative action for India’s most marginalized communities, caste-based inequality and discrimination persist in India. “What I am saying is we should also find out the reasons why we have not achieved the society dreamt of by Dr. Ambedkar.”

Since Independence, the Indian state has mandated that certain posts — for elected office, government jobs, and university seats — be set aside (or reserved) in favor of socially and economically backwards castes. Though such policies were initially designed as a temporary measure to redress historical wrongs and advance the substantive well-being of the marginalized, reservations have become a permanent fixture of Indian politics, so much so that attempts to alter or limit their scope are met with accusations of “anti-Dalit” sentiment. At the same time, however, the persistence and growth of the reservations system has generated considerable resentment among many in society, even leading to protest, most recently in Gujarat, where members of the Patidar caste launched a state-wide agitation to either reduce the extent of reservations, or to be included on the list of backwards castes.

As reservations policies continue to be debated in the public sphere, scholars have sought to evaluate their effects — in education, hiring, and elected office. Political reservations, which mandate the caste category of those who can contest for office, have been the source of considerable scholarly debate since the passage of the 73rd and 74th Amendments in 1992. To date, scholarship has largely focused on whether bringing caste minorities into office can directly alter policy or distributive outcomes in favor of the lower castes.

Whether or not quotas enable caste minorities to distribute more to their communities, however, is only one part of the puzzle. In order to fully understand the impact of political reservations on welfare outcomes, we must also evaluate whether and how upper-caste incumbents strategically respond to reservation policies. Given widespread backlash to reservations in the employment and educational spheres, it would not be unreasonable to think that similar phenomena exist in politics.

In a paper currently under revision for publication, I explore this very question by asking how “general category” incumbents respond when they expect to be ousted from office by a caste quota. I argue these quotas can act like term-limits for non-reserved; by prohibiting these incumbents from seeking re-election, reservations can have the perverse effect of reducing electoral accountability, leading these incumbents to be less responsive to their constituents during their last term in office. Perhaps worse still, I suggest that incumbents are most likely to turn a deaf ear to the very Scheduled Castes and Tribes that reservations were meant to benefit.

To evaluate these arguments empirically, I take advantage of the constitutional amendments that mandated reservations in panchayati raj; because reservations at this level of government must rotate across villages each electoral cycle, I can compare the behavior of incumbents who will be affected by a caste-based reservation in the next election versus those incumbents who will not. Though in the long run, all offices will experience some form of reservation, in a single electoral cycle, these rotating reservations only affect a subset of offices, allowing me to distinguish between incumbents that do and don’t face the immediate prospect of this new policy. I then ask: do those who expected to be ousted by a reservation distribute resources differently than those who are eligible to seek re-election?

Using panchayat-level spending data from Karnataka, I find that incumbents who can anticipate being term-limited by a caste-based reservation not only spend significantly less on minority constituents than those who are eligible to run again, but also that this decrease in spending is not offset by the benefits of lower castes entering office via quota in the following period. More specifically, I show significant reductions in targeted expenditures that disproportionately benefit Scheduled Castes and Tribes, including, for example, the Ambedkar and Indira Awas Yojana housing schemes. At the same time, I find little to no reductions in spending that could benefit the broader population — suggesting that upper-caste citizens are still able to put social pressure on their incumbents to provide them services.

To be sure, these results should not be mistaken for an argument against reservations. First, this research does not speak to the effects of reservations on social bias and discrimination, intergroup relations, or other non-distributive issues. Rather, this research focuses on one specific consequence of quotas — namely, when reservations are predictable, they can perversely reduce incentives for incumbents to be responsive to minorities. Second, this research suggests that we ought to pay greater attention to how reservations are implemented. In particular, my results show that incumbents who are uncertain of their upcoming reservation status do not reduce spending on the lower castes. To demonstrate this, my study takes advantage of both the usual processes of sequential reservation assignment, which can be anticipated, and the occasional lotteries that are used, which leave incumbents uncertain as to their future. I then show that while sequentially assigned incumbents systematically reduce spending in areas that benefit the lower castes, those who are assigned by lotteries continue to provide targeted subsidies to these communities.  Third, though the empirical work on the direct distributive consequences of reservations is mixed, there are still strong theoretical reasons to think that quotas should empower caste minorities to be efficacious in office. By directly increasing the share of lower castes within decision-making bodies, they bolster their bargaining power vis-a-vis other communities. Reservations may also enable these communities to gain access to valuable public goods or government transfers that improve their economic and social wellbeing.

The findings in my research should prompt policy-makers and legislators to carefully reconsider the way in which the design of reservations may influence their efficacy. Though such policies remain one of the most popular and effective tools by which to remedy inequality in the political, employment, and educational spheres, this research suggests the important need to evaluate not just how quotas affect the welfare of those placed in office, but also how they alter the behavior of those who are placed out. Such considerations will help us to maximize the welfare benefits of reservations to those communities in need, perhaps bringing us closer to the “society dreamt of by Dr. Ambedkar.”

Ramya Parthasarathy is a doctoral candidate in the Department of Political Science at Stanford University, and a research partner with the Social Observatory, a part of the World Bank’s Development Research Group that aims to improve the adaptive capacity of anti-poverty projects.