Report of The Expert Committee to Study the Impact of Futures Trading on Agricultural Commodity Prices. Ministry of Consumer Affairs, Food & Public Distribution. Government of India. 2008

Going Beyond the Tried and Failed: A Challenge for Agricultural Policy 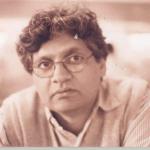 In the run-up to elections, the print media has highlighted the seeming prosperity of rural India relative to the economic slump in urban areas. Favorable monsoon rains, the rise in commodity prices and public works funded by the employment guarantee scheme are cited as some of the contributory factors. However, a happy coincidence of transient features does not constitute a turn-around.

For most of this government’s tenure, the talk has been of an agrarian crisis. What this means is that the return to labor is low in agriculture. The sector employs a little more than half of the workforce but produces less than a fifth of the national income. Moreover, since the early 1980s, agriculture’s share in the national income has dropped by about twenty percentage points but its share in employment has nudged down by only ten percentage points.

The problem is that there are too many people making a living from the land. As a result, 80 percent of farms are less than two hectares (twenty thousand square meters) and the labor to land ratios have increased in most parts of the country. For instance, in Bihar, the person days of labor applied to a hectare of land has increased from less than 400 in 1983 to 550 in 2004. Despite such adversities, agricultural wages have increased only because of productivity improvements in the sector. Therefore, some part of the resolution to the agrarian crisis lies outside the sector, as the non-farm sector must draw more labor from land. Indeed, the diversification of employment away from agriculture has happened at a faster pace from 1993 to 2005 compared to earlier periods.

It does not follow, however, that policies that boost farm productivity are of secondary importance. First, higher farm productivity itself creates non-farm jobs because of greater demand for non-farm goods and services. The labor-to-land ratios are among the lowest in the agriculturally advanced states of Punjab and Haryana at about one hundred person days per hectare compared to nearly two hundred days per hectare in the industrialized states of Gujarat and Maharashtra. Secondly, access to non-farm jobs is heavily biased towards males who have some schooling. It has been found that inter-sectoral mobility is limited to young males, while older males and females of all ages employed in agriculture are locked into the sector. Their economic prospects critically depend on farm productivity. It ought to be no surprise therefore, that farm productivity would have to continue to rise for improving the living standards of much of the rural poor.

Because of the longstanding nature of the problem and the failure of past policies to make a big enough dent, the challenges for the new government are not much different from those faced by earlier governments. The good news is that there is enough expertise within the government to identify projects and programs that can make a difference. The bad news is that this is not sufficient enough to make a difference. An absence of strategic focus, unwillingness to push through institutional reforms, and a policy neglect of this sector are some of the reasons why this is so. An added layer of complexity is that in the division of constitutional responsibilities, agriculture is in the domain of the states.  While that means that the central government does not have direct leverage over the delivery of programs, an active central government can still exert itself on crucial issues.

A subject that is substantially in the domain of the central government is agricultural research. The Indian public agricultural research system is one of the largest in the world and it has been rightly lauded for its contribution to the Green Revolution.  Nonetheless, evidence is mounting that the productivity of the research system has declined. For instance, according to Planning Commission estimates, an index of yields of new varieties of the major field crops has shown no change between 1996-97 and 2005-06 after growing at about 3 percent per year from 1980-81 to 1996-97. There are other issues as well, such as its under-investment in research for faster growing sub-sectors – livestock, horticulture – and its failure to carve out a strong presence in frontier science, including transgenic crops.

Many reviews, whether independent or commissioned by the government, have highlighted poor financial management, the proliferation of bureaucratic procedures, and the absence of accountability in research and development (R&D) projects. The reviews by various government committees recommended several measures to reduce bureaucratic control and to endow greater operational freedom to the scientists. Yet, the system continues to function in its usual style.

The neglect is tragic as the payoffs from effective agricultural research are massive. The social rates of return to agricultural research typically exceed 40 percent. The Green Revolution is a well-known example but there are other less celebrated occurrences too.
Consider, for example, the recent turn-around in cotton; it took about fifty years starting from 1950-51 for cotton yields – among the lowest in the world – to double.  Then in another five year period starting from 2002, cotton yields nearly doubled again mostly due to the rapid diffusion of transgenic insect-resistant (Bt) cotton. The resulting boost to profitability has reached most of the five million cotton-growing households.

This long-term issue is likely to be trumped by short-term concerns about managing markets. The run-up in world commodity prices till the first quarter of 2008 led the UPA government to impose bans of various kinds on procurement of grain by private players, on exports of rice and wheat, and on future markets. The ban on private players and on grain exports bought the government some stability but at the cost of depriving farmers of higher prices. The ban on future markets was based on flimsy evidence and achieved nothing. These government actions displaced private storage and sowed the seeds of the current problem of excess stocks of food grains.

The only long-lasting way of balancing producer and consumer interests in food policy is to have an effective food safety net for the poor. Without it, agricultural reforms will always be reversible; stalling the gains that farmers can get from expanding domestic and foreign markets. Both the leading national parties have promised cheap food in their manifestos. But who will pay for it? Once in power, the government of the day will be tempted to transfer some of the burden on farmers by not allowing them access to world prices.

Can the new government bypass the temptations of the quick fixes that have dogged this sector and look instead to durable reforms? That is the primary challenge.

Bharat Ramaswami is a Professor in the Planning Unit at the Indian Statistical Institute in New Delhi, India. He can be reached at bharat@isid.ac.in