"Separation of Powers and the Erosion of the 'Right to Property' in India," Jaivir Singh. Constitutional Political Economy. Vol. 17, Issue 4, December 2006

Independent Judiciary, Interest Groups, and a Reason for Rules 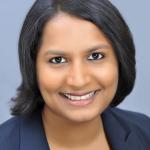 In India today, matters of public interest seem to get their due only when the Supreme Court has added its two cents. Interest groups, representing both general and special interests, petition the judiciary actively. Debate on any topic often leads to the importance and activism of the Indian Judiciary. In an era where virtually all institutions in India have been vulnerable to political capture, the judiciary seems like the last hope for citizens to receive a fair hearing.

This was not always the case, however. Indian constitutional history tells two starkly different tales; one from 1950-80 where the Parliament was the battleground for various interests, and one post-1980, where the Supreme Court became the last resort for all interest groups. What is the reason for this shift of interest group activity from the Parliament to the judiciary? Legal analysis on this topic has focused on specific cases, historical events, and individuals leading the judiciary to activism through public interest litigation. Economists have discussed the relative strength of the executive and weakness of the judiciary in the first few decades post-independence. However, this shift can be better understood by analyzing the incentives provided by various institutions and rules in India. The role of costs and benefits imposed by different combinations of rules enforced by the judiciary explains the emerging importance of the Supreme Court.

Post-independence, Nehru’s government wanted to create a socialist pattern of society and enable central planning in the economy. Various interests pursuing land redistribution, or price and quantity controls for essential goods, lobbied the Parliament and state legislators to pass legislation. Laws were passed enabling large-scale wealth transfers and price and quantity controls, which the Supreme Court declared unconstitutional for violating Fundamental Rights, typically, Articles 14, 19 and 31 of the Constitution.

Given the framework of rules, interest groups found the judiciary enforcing strong Fundamental Rights relatively more rigid and costly, and therefore, chose the relatively easy constitutional amendment procedure as the appropriate venue for seeking wealth transfers and rents through price and quantity controls. The Constitution (First Amendment) Act, 1951 was passed specifically to give “constitutional validity of zamindari abolition laws in general and certain specified State Acts in particular” which had been declared unconstitutional by the judiciary for violating fundamental rights.

This systematic weakening created numerous exceptions to Fundamental Rights and a much wider berth for interpretation of these rights by the judiciary. It also meant that courts now allowed transfers that were previously declared unconstitutional. With more wealth transfers and rents passing constitutional muster, there was lesser demand from interest groups to amend Fundamental Rights in Parliament.

With the frequent amendments to Fundamental Rights, simultaneously, litigation was reviewing the power of Parliament to amend the Constitution. In Kesavananda Bharati v. State of Kerala (AIR 1973 SC 1461), the Supreme Court limited Parliament’s powers to amend the Constitution by declaring the Basic Structure of the Constitution unamendable. The Supreme Court did not provide an exhaustive list of what comprises the Basic Structure, but ruled that the question of whether an amendment violated the Basic Structure was to be judicially determined. Effectively, the judiciary created a veto over constitutional amendments on an ex-post basis. Since constitutional amendments were almost always challenged in courts, in substance, this ruling meant that amendments had to be de facto ratified by the judiciary to ensure that they complied with the Basic Structure Test. This presented a significant hurdle in the amendment process, since Parliament could no longer unilaterally amend Fundamental Rights without judicial cooperation. This rule was cemented as precedent in 1980 in Minerva Mills Ltd. v. Union of India (AIR 1980 SC 1789) and Waman Rao v. Union of India (AIR 1981 SC 271), and remains an important precedent even today.

As a result, post-1980, it was more costly to formally amend the Constitution in Parliament (due to the Basic Structure test) and the benefits from new constitutional amendments were lower; given that the Fundamental Rights were weakened as a result of frequent amendment over the prior decades, leaving a greater role for judicial interpretation. Finally, starting in the 1980s, the locus standi requirements were lowered, and therefore entry barriers to represent interests in court were also reduced. All these factors made the judiciary, relative to the Parliament, a less costly venue for interest groups.

From the interest-group perspective, the current debate about the independence and activism of the judiciary is irrelevant, when discussed outside the framework of constitutional rules. Where the Supreme Court is enforcing strong Fundamental Rights, interest groups can exploit the weak procedural rules to amend the Constitution and Parliament becomes the venue for rent-seeking. Where the constitutional framework includes weak Fundamental Rights and a difficult process to amend the Constitution, the judiciary becomes the battleground for interest groups, and is more vulnerable to political capture.

We need a new dialogue where the role of the judiciary is understood and examined within the framework of constitutional rules it enforces. It is clear that a judiciary enforcing strong Fundamental Rights as well as strong procedural rules to amend the Constitution will impose costs on special interests seeking rents and wealth transfers. To facilitate this process of constitutional reform, in particular strengthening and restoring Fundamental Rights and the procedure to amend the Constitution, perhaps we can demand that the Parliament once again amend constitutional rules, but for the better.

Shruti Rajagopalan is a Bradley Visiting Student at the Department of Economics, New York University. She is currently writing her doctoral dissertation in economics titled “The Economic Analysis of Amendments to the Indian Constitution.” She can be reached at shrutirajagopalan@gmail.com