The Politics of the Governed, Partha Chatterjee. Columbia University Press, 2004

"Lokniti" - Centre for the Study of Developing Societies 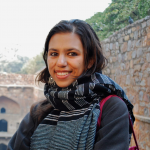 The last decade has witnessed a steady rise in activism by the urban middle class, as demonstrated by the historic India Against Corruption Movement. It gave rise to the Aam Aadmi Party (AAP),arguably India’s first major class-based urban political party. Beyond large cities, the 2014 general election saw the middle classes vote more than the poor for the first time in recent history. In fact, it has been argued that the ideological divide on policy issues—as a result of the greater awareness of state regulations by the middle class—was the main reason behind the BJP’s electoral success in 2014. These trends are likely to accentuate in the future given the demographic shift towards greater urbanization and rise in incomes. India’s urban population, currently at 32 percent, is expected to double by 2050, and its middle class is projected to expand to one billion as early as 2025.

Notwithstanding these facts, most popular and scholarly accounts of the urban middle class emphasize its disdain for electoral politics. For instance, we often hear that the middle class exerts its citizenship through activism in associational life, while electoral politics is the domain of the poor. Yet sections of the middle class are active in party politics—from RWA (neighborhood association) candidates in municipal elections across metropolitan India to parties like AAP and Lok Satta, that are no longer in the fringes. How should we make sense of these somewhat conflicting observations? Who within the middle class is contesting elections? Who are active in civil society instead? And why has middle class activism intensified in the last few years?

My research—based on several months of fieldwork in a number of neighborhoods and across multiple political parties in Delhi between 2006-14—suggests that the nature of middle class mobilization depends on two factors: one, its perceived electoral potential, and two, its preexisting networks within the state. Sections of the middle class that are perceived as electorally significant by the political establishment are likely to engage with the state as voters. They may still voice their complaints through occasional protests, but political representatives and the middle class are able to resolve most conflicts through existing institutional channels. This includes the vast section of the middle class that relies deeply on the state for public services and tenure security, especially in the unauthorized parts of the city. Contrary to popular perception, Lokniti data reveals that the middle class displays greater interest and participation in elections as compared to both the rich and the urban poor. More importantly, political parties view the middle class as an important constituency—political parties canvass middle class voters even more than slum residents. This is especially true in gentrifying parts of the city where poor slum-dwellers are gradually pushed to the outskirts and the middle class is beginning to constitute a larger share of the voters.

Electoral alienation of the middle class, on the other hand, generates two very different kinds of political mobilization. Sections of the middle class that have informal networks within the higher reaches of the state, either in the bureaucracy or the political establishment, tend to operate outside formal politics. These middle class citizens are often higher professionals or part of the managerial class. While they may still utilize their networks in the state for service provision, they tend to associate political parties with clientelism and patronage and, as a result, are suspicious of electoral politics. Their emphasis on “formal rules” and “bureaucratic channels” makes them particularly hostile to informal residents, or those people who lived in unplanned settlements and engaged in unregistered occupations. About 90 percent of Public Interest Litigations (PILs) filed by middle class neighborhood associations in Delhi between 2000-07, for example, were related to issues concerning encroachment on public land. This section of the middle class mobilizes almost exclusively in civil society through the media and digital technologies. Our understanding of the new middle class, in India, not to mention many other countries, is largely informed by this small section of the middle class that exerts a disproportional influence on the media and the public discourse.

In addition to being perceived as electorally insignificant by political representatives, middle class groups that lack networks within the state can neither voice their concerns effectively nor have the option to exit formal politics completely. They need the state for public services but have no way to access it. This section of the middle class seeks to become part of the state machinery through electoral channels. Candidates supported by middle class RWAs in a number of local municipal elections across Indian cities are a good example. These trends in middle class political mobilization have further intensified as a result of broader changes in state-society relations due to economic liberalization. Middle class expansion, due to economic growth, has generated greater demands for improving public services. At the same time, privatization of public services and fiscal decentralization have led to greater availability of financial resources at the local level. The combination of the two factors has made local politics more contentious. Hence, middle class mobilization is, at least in part, motivated by dissatisfaction in the quality of governance and public service delivery in a context of increasing state resources. The transition from activism in the civil society to the electoral sphere was a means for middle class groups to assume a more direct control over the distribution of public resources.

From a broader perspective, these modes of middle class political engagement reflect the ability of the state to accommodate the expanding middle class in the political process, either through electoral channels or through the bureaucracy. Sections of the middle class that are alienated from electoral politics are most likely to mobilize in the civil society. This is reflected through middle class protests against a number of specific policy issues, as well as through larger protests that target corruption in public life, like the India Against Corruption movement. These protests aim to influence public policy by remaining outside the realm of formal politics. Civil society activism transitions to electoral mobilization when it fails to influence policy. These two logics of middle class mobilization will have a transformative impact on the nature of Indian politics as India continues to rapidly urbanize. If the expansion of political participation among socially underprivileged groups characterized the nineties as the “second democratic upsurge,” it stands to reason that growing urban middle class participation could constitute India’s third democratic upsurge in the years to come.

Poulomi Chakrabarti is a doctoral candidate in political science at Brown University. She can be reached at poulomi_chakrabarti@brown.edu.