Why Police Street Harassment? Women’s Rights and the Politics of Hindu Nationalism 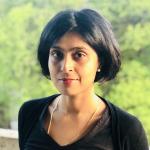 In May 2014, in his first speech to the Indian parliament, Prime Minister Narendra Modi demanded that politicians work together to protect women and girls from violence. Modi reiterated this message in his first Independence Day address, criticizing parents for failing to discipline their boys. Since 2014, state governments run by the Bharatiya Janata Party (BJP) have taken measures to curtail street harassment through special policing units. Why police street harassment?

By focusing on street harassment and regulating it through a heavily politicized police force, the BJP advances several political goals. First, the party appeals to women voters by addressing pressing concerns related to mobility and public safety. Second, it focuses attention on the violence women face from unknown men, as opposed to the violence they face from men they know in their homes and workplaces. Finally, it mobilizes an institution—the police—that the party can easily control, allowing BJP politicians and affiliated organizations the ability to identify individual instances of harassment and oversee punishments.

An Unlikely Allegiance
BJP-led efforts to police street harassment are puzzling. The party’s interest in the issue contrasts with key features of its gendered history and policy platforms. The BJP has traditionally been a party of and for men. It enjoys an advantage with male voters and predominantly fields men for political office. It is unclear why such a male-dominated political base and leadership structure would care about women’s safety in public space.

While focusing on women’s rights on the street, the Modi government has undercut women’s rights at home. Since assuming power, the Modi government has repeatedly attacked Section 498A of the Indian Penal Code, which provides criminal sanctions against domestic violence. Arguing that women misuse 498A, the Ministry of Home Affairs has proposed making the law negotiable out of court and increasing fines for “false” complaints. As my prior research on domestic violence makes clear, as well as that of prominent lawyers and legal experts, women face significant barriers when claiming rights against domestic violence and require multiple forms of organizational help to make any kind of progress. The proposed amendments make this already difficult legal landscape even more inhospitable by affirming a fictitious discourse of women’s mendacity, encouraging extra-judicial settlements, and raising the financial stakes of registering complaints.

BJP politicians and BJP-affiliated voluntary organizations have engaged in sexual violence against Muslim women and girls in several communal riots. This includes the 1992 Babri Masjid riots, the 2002 Gujarat riots that took place when Modi was Chief Minister of the state, and the 2013 riots in Muzzafarnagar when approximately fifty Muslim women were gang-raped by Hindu men. Much of this violence occurred on the street, the very space the BJP ostensibly seeks to regulate.

Against this backdrop, Gujarat, Haryana, and Uttar Pradesh (UP), three states controlled by the BJP, have all introduced special policing units to curtail sexual harassment. Harassment is defined as a public space issue. Anti-Romeo Squads (UP and Gujarat) and Operation Durga (Haryana) patrol parks and transportation hubs, arresting and fining “eve-teasers” and “Romeos”: men who stalk, grope, and make sexual comments. The squads do not enforce POSH, India’s 2013 Sexual Harassment of Women at Workplace Act.

Details from UP provide a glimpse of ground operations. When UP Chief Minister Yogi Adithyanath first mentioned Anti-Romeo squads in 2017, his campaign manifesto was replete with the dangers Muslim men pose to Hindu women. Between March 2017-December 2020, Anti-Romeo squads arrested over 14,454 men. They have also taken a range of extra-legal actions, including extortion in exchange for release and public shaming rituals such as sit-ups, head-shavings, and blackening faces.

The Politics of Policing Street Harassment
Again, why does the BJP police street harassment? First, street harassment is a significant issue for Indian women, and by policing it, the BJP frames itself as a party that supports women’s rights. Survey results from India’s major metropolitan centers indicate that women feel insecure on the street. Women in Kolkata avoid going out at night and bypass empty streets. In Mumbai, 91 percent of women feel unsafe on the street, while in Delhi, 95 percent of women say their mobility is restricted due to concerns about harassment. Women’s concerns emanate from high rates of victimization: 40 percent of respondents said they had been physically or verbally harassed in Delhi, while in Mumbai, those numbers exceeded 80 percent.

Since the Delhi gang rape of 2012, when Jyothi Singh Pandey was gang-raped and murdered in a van, activists have organized night walks, slept in parks, and “loitered” on the street to make public space safe for women. Meanwhile, feminist action groups have demanded politicians address public safety in their campaigns. By tackling these concerns, the BJP appeals to women voters at a time of increasing voter turnout among women. The policy focus appears to be working. For the first time, women voted for the BJP in greater numbers than men in all four states in which the party won 2022 Assembly elections. Many women indicated they supported the BJP because of the party’s tough stance on public law and order.

While street harassment is clearly an important issue for women, it would be misleading to take the BJP’s focus at face value. Street harassment, after all, is by no means the only form of gender-based violence women face in India. Over 30 percent of Indian women and girls experience domestic violence. Women in low-wage and informal sectors, especially factories, domestic labor, and construction, are vulnerable to sexual harassment at work. By drawing attention to street harassment, while ignoring workplace harassment and undercutting women’s rights against domestic violence, the BJP minimizes important institutional sites of gendered vulnerability. This imbalanced attention to certain forms of violence over others demands an explanation.

One clear advantage of policing street harassment is it allows the party to avoid the difficulty of monitoring relatively inaccessible workspaces and homes. This maneuver also leaves intact the social hierarchies (between employers and workers and husbands and wives) that structure work and home. And it preserves the fictitious idea that women are most likely to be harmed by men they do not know and men who tend to hang out on the street. In the Indian context, where endogamy structures marital and kin relations, and where “the street” is frequently the environs of poor, low-caste, and Muslim men, the perceived dangers of public space for women are significantly linked to class, caste, and religious relations. In this regard, the BJP’s occlusion of domestic and workplace violence is in line with other religious nationalist parties, which defend traditional family ties as a site of social reproduction and moral socialization while highlighting the dangers that unknown men pose to women’s well-being.

Finally, by using a corrupt, overburdened, and heavily politicized police force to implement its anti-harassment policies, the BJP mobilizes an institution that is permeable to political pressure and thus easily controlled. Police appointments, postings, and promotions are controlled by state governments and, by default, the political parties that run them. BJP politicians and BJP-affiliated member organizations can use the police to exercise discretion, defining which acts constitute harassment and how harassment is regulated.

The UP police force’s collaboration with all-men Hindu nationalist paramilitary organizations and widespread reports of extra-legal punishment is telling in this regard, as are reports of policing squads engaging in moral policing, cleansing the public sphere of homosexuality, and restricting sexual activity between men and women of different social groups. Gujarat’s Anti-Romeo squads have been known to arrest both men and women, dubbed “Romeos” and “Juliets.” Romeo and Juliet, after all, are fictional characters from two warring clans who were in a consensual relationship. The names have nothing to do with sexual harassment, understood as a non-consensual act of violence. They have everything to do with sexual relations that violate social boundaries.

By policing street harassment, the BJP can use the guise of legality and a malleable legal institution to reinforce heterosexuality and classed, caste-based, and religious social hierarchies. The party can also draw attention away from violence within homes and workplaces, affirming the sanctity of family life and avoiding the hassle of regulating enclosed spaces. Finally, the BJP can advance these agendas while appearing to address a real concern: women’s public safety. Street harassment provides the party the perfect umbrella for furthering women’s rights while simultaneously affirming regressive social relations.

Poulami Roychowdhury is an Associate Professor of Sociology at McGill University. She is the author of Capable Women, Incapable States: Negotiating Violence and Rights in India (Oxford University Press, 2020).