"Govt clears projects but where are the orders?" Anil Sasi. Indian Express. April 22, 2015 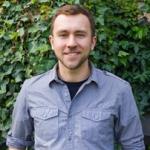 India is the focus of much international attention leading up to the UN’s climate negotiations in Paris later this year. India expects to more than double the size of its coal fleet by 2030, following a carbon-intensive industrialization path experienced by almost every major economy, most recently China.

However, China – which consumes roughly half of global coal – is going to great lengths to cap its domestic coal consumption, aided by new policies and the dampening of economic growth rates. Following several years where nearly 1.5 GW of coal power was installed in China weekly, Chinese domestic coal consumption declined in 2014. The rate of coal power capacity addition has slowed too, though China is still expected to install 42 GW of new coal capacity this year alone (roughly equivalent to the entirety of South Africa’s operating installed power capacity from all sources in 2012).

Just because momentum is shifting away from coal in China does not mean that China is no longer part of the global coal boom. A glut in coal power equipment among Chinese manufacturers has led to China becoming a leading exporter – buoyed by state-affiliated banks and export-credits – with important implications for India’s power sector portfolio.

Over 60 percent of India’s coal power equipment ordered by private developers in the past decade has come from Chinese vendors, commonly with the financial backing of Chinese state banks, amounting to over 100 GW of coal power installed or in the pipeline involving Chinese firms. Reliance Power signed a $5 billion MOU in 2011 with a consortium of Chinese state banks intending to build over 16 GW of coal power in India. This led to a rush for Chinese financing among other power developers seeking low cost financing packages for large coal schemes, including Lanco Infratech, Adani, and Jindal.

Many of these projects would have likely been built with or without Chinese equipment and finance, given the Planning Commission’s ambitious yet unfulfilled coal power capacity addition targets. Nonetheless, inexpensive equipment with fast delivery and cheap financing has provided some stimulus to the sector, and may have broader implications.

How much coal?
According to a report by the Prayas Energy Group in India, as of August 2011, 513 GW of proposed coal power capacity was under various stages of review and approval by the Indian Ministry of Forests. Few projects have historically been rejected during this approval process, but the proposed quantity of coal power – five to six times India’s current installed capacity – far exceeds capacity additions called for in India’s power planning process.

The scale of India’s coal boom – relying just on official numbers and ignoring the 513 GW pipeline – at least keeps pace with highly ambitious plans for renewable power. India’s “Jawaharlal Nehru Solar Mission” has a target of 100 GW of solar, in addition to 60 GW of wind, planned by 2022.

Whether India’s coal future becomes a reality is an open question. The Government of India has been sensitive to competition with domestic suppliers, but any resistance toward the Chinese success in India’s coal power market is half-hearted. Domestic manufacturers pushed vigorously and successfully for a 21 percent tariff on Chinese coal power equipment, put in place in 2012, making Chinese imports less attractive, particularly on top of rupee depreciation.

India’s National Thermal Power Corporation (NTPC) – the central government-owned generation company – and many state generation companies refuse to source equipment from China on the grounds of equipment quality, though allegiance to domestic manufacturers is likely to be a motivating factor.

But the Government of India sees the Chinese competition with domestic manufacturers as driving generation costs down, which is a win for consumers. Prime Minister Modi was just in China pushing for the acceleration of industrial parks discussed in MOUs from September 2014, which would include power equipment service centers to support China coal power equipment operating in India. This is likely to overcome a major concern among developers regarding maintenance of Chinese equipment.

However, the influx of Chinese equipment is certainly not the only variable cutting against domestic equipment manufacturers’ recent struggles. The coal bloc re-auctioning, weaker than expected electricity demand, coal price fluctuations for imports, and poor initial structuring of project risk have all contributed to the stalling of the coal power sector.

From a longer-term perspective, the effects of Chinese subsidized coal power equipment imports may have two countervailing effects on the central power sector planning process. On one hand, Chinese subsidization of coal power makes a coal-based development model less expensive and enhances the efficiency of the domestic sector through competition, therefore increasing the rate of coal power development. Assuming projects in the pipeline eventually move forward, private developers purchasing inexpensive Chinese coal power equipment will feel wedded to their cost advantage, and continue investing their human and financial capital in coal development rather than alternative power sources.

On the other hand, as Indian power sector manufacturers, which are politically powerful, become less competitive against Chinese firms, their political pressure to uphold a coal-based development model decreases. BHEL and other major Indian manufacturing companies remain heavily invested in thermal power, but they are also diversified enough to benefit from growth in other sectors. Firms with diversified portfolios and capabilities will support government plans to expand solar and wind, even at the expense of the long-term market opening for coal.

The delay in coal construction seems to bode well for renewable power thus far. The 22 GW Solar Mission was already seen as ambitious when it was announced in 2010, but increased to 100 GW in November 2014 (above an installed solar base of 3 GW). An unprecedented pace of development would be required, along with $140-160 billion in funding, according to one estimate (including costs for energy storage to balance the intermittency of solar). The Government of India’s growing confidence in the potential for solar and wind to play a larger role may be reflective of the challenges faced by coal recently.

As a consequence, India’s coal boom is a latent one.  If the coal power sector overcomes the current procedural and judicial barriers, growth could proceed quickly, aided by inexpensive equipment imports from China. The stories of China and India’s coal power sectors are increasingly intertwined. How it plays out will have important impacts for the climate.

Phillip M. Hannam is a Ph.D. Candidate in Science, Technology & Environmental Policy at Princeton University, where he studies China’s role in global energy governance, and a Spring 2015 Research Scholar at the Centre for Policy Research, Delhi.