"Sino-Indian Relations at 60: Looking Ahead to the Next Decade," Jabin Jacob and Lora Saalman. Carnegie Endowment for International Peace. Carnegie Moscow Center. December 13, 2010 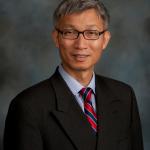 The rapid economic ascendance of India as a global power is, without a doubt, a historic development that will reshape the balance of power in the world in the coming decades. Because of its democratic political system and private-sector entrepreneurial dynamism, India’s rise is warmly welcomed in the West. The West’s endorsement of India’s rise and its democratic development model is based on deeply rooted ideological affinity, mutual economic interests, and strategic considerations. India’s emergence as a great economic success story will provide an alternative, but powerful, model for the developing world, as well as a possible strategic counterweight to China.

However, India’s rise has met with far more ambivalent response inside China. At the mass level, ignorance, stereotyping, and latent hostility characterize the views of India held by a large segment of Chinese society. At the elite level, while interest in India is growing rapidly, the discourse on India is heavily polarized and politicized. As a result, the quality of analysis of India’s ongoing transformation is relatively low. Most worrisome, while elites affiliated with the government tend to discount India’s potential as a great power, they obsessively worry about India’s role as a strategic counterweight that could be used by the West in containing China. The combination of under-appreciation of India’s achievement and exaggeration of India’s role as a geopolitical rival could generate dangerous self-reinforcing dynamics that may make strategic competition between India and China more likely in the future.

A quick survey of Chinese press coverage of India shows that it is limited both in quantity and quality. A search of stories on India on the Web site titled “The People’s Daily,” China’s most important official newspaper, shows that in the month of April 2011, there were only five short articles on India in the major publications linked to the site. April happened to be a month in which China hosted the third BRIC summit which Indian Prime Minister Manmohan Singh also attended. Chinese press interest in India ought to be higher, but it wasn’t.

Several reasons explain the ignorance and lack of interest in India among ordinary Chinese people. Aside from skimpy coverage in the press, the average Chinese citizen is fixated on the West as a model and, if he thinks about India at all, his image of India is not that of a dynamic, fast-growing country, but of an impoverished, chaotic, and backward society. Such ignorance and stereotyping are further reinforced by the lack of extensive social and cultural exchanges between the two societies. Only 356,000 Chinese visited India in 2008; about one million Chinese visited Malaysia in the same year. In 2010, roughly 380,000 Indians visited China; fewer than from those coming from Mongolia. Only one non-stop commercial airline service, provided by China Eastern, connects the two countries (between New Delhi and Shanghai). Significantly, there is no direct flight between Beijing and New Delhi.

Inevitably, such barriers to mutual exchange generate distorted perceptions of each other. According to a poll released in 2010 by Horizon Research, a respected Chinese private market research firm, the average Chinese citizen views India more negatively than how an average Indian views China. The respondents of the survey were asked to rate their “friendly feelings” toward twenty-five countries. While the level of “friendly feeling” reported by Indians toward China is “average,” Chinese respondents reported a much lower level of “friendly feelings” toward India. Only Japan registered a lower level of “friendly feeling.” Chinese respondents felt friendlier toward the U.S., South Korea, and Russia. The same poll showed that more Indians viewed China as a “partner” than as an “adversary,” but among Chinese respondents, India was seen as the number three threat, behind the U.S. and Japan. Thankfully, Chinese perception of India as a threat has been steadily declining in recent years. In 2006, the last year the question was asked, only 9 percent picked India as a threat.

Disconcertingly, the popular negative feeling toward India is matched by an under-appreciation of India’s economic importance. Of the four BRIC countries – Brazil, Russia, India, and China – the Chinese public viewed India as the “weakest” country. Only 1 percent saw India as the strongest BRIC today. In contrast, 70 percent of the Chinese respondents believed China to be the strongest today. As a consequence of such lack of appreciation of India’s rising influence, the average Chinese citizen surveyed did not see India as a major international actor. When asked which country will play a leading role in international affairs in the next five to ten years, 51 percent picked China and 36 percent gave the nod to the U.S.; only 0.2 percent chose India.

Polarization and Politicization of Elite Views

Unlike the ordinary Chinese citizens, intellectual, business, and political elites in China follow India’s rise with growing interest because they recognize India’s strategic importance to China. In addition to economic competition, India is a crucial player on the issue of Tibet and has unresolved border disputes with China. India’s military strength is another concern to China’s national security establishment. Needless to say, Washington’s embracement of India as a strategic partner drives fear into Chinese strategists who see India as America’s counter-balancer against China.

The fiercest battle within China over India’s rise, however, is being fought in the realm of ideas, specifically whether India’s democratic and entrepreneurial model of development is a viable alternative to China’s autocratic statist model. The opinions on this debate are polarized within the Chinese elite communities on ideological lines. Predictably, liberals endorse the Indian model while the nationalists reject and belittle it. Interestingly, official commentators are relatively restrained in their criticisms of the India model even as they constantly use some of the well-known socioeconomic problems in India – poverty, poor infrastructure, and the caste system – as proof of the superiority of the Chinese system.

In other words, the discussion of India’s rise among China’s elites is less about India than about China itself. For Chinese liberals, India’s democratic resilience, economic dynamism, social and cultural pluralism, and protection of the poor and the vulnerable are in stark contrast with China’s one-party rule, statist economic policies, and official abuse of power. They use India’s rise as an example to reject the China Model and stress India’s fundamental stability and political accountability as a key source of the durability of the India Model.

On the other side of the debate are conservative Chinese nationalists. They characteristically focus on the well-known negative aspects of Indian society, economy, and politics such as the caste system, poor infrastructure, poverty, corruption, and ineffective government. They dismiss the idea that India can surpass China or constitute an alternative model. They see a Western anti-China “conspiracy theory” behind the positive attention given to India.

Somewhere in the middle is official Chinese commentary on India. Aside from its restrained tone, what is notable about such commentary is that it attempts to present a more sophisticated defense of the China Model. The focus is always on the so-called “systemic strengths” of the Chinese regime, particularly its mobilization capacity and ability to transform Chinese society at a rapid pace. Criticisms of India are not about its specific policies, but about the fundamental weakness of its democratic politic system, which is blamed for party politics, government ineffectiveness, and political gridlock.

Generally speaking, despite rising interest in India among Chinese elites, the quality of the discussion of India’s rise among these elites is not impressive. Only a small number of them have visited India. Chinese academic expertise on contemporary India has much less depth or breath than that on other great powers, such as the U.S., Japan, and Russia. The evidence used tends to be impressionist and superficial.

A Call for Action

Chinese ignorance, prejudice, and misperceptions, in and of themselves, would be unpleasant but not necessarily harmful. Unfortunately, when coupled with strategic distrust, they could reinforce the political dynamics for long-term enmity and rivalry. At the moment, mass and elite opinions inside China are converging to the view that India is moving ever closer to being part of a U.S.-designed strategic framework for containing China’s rise. Part of the tensions between India and China in the past few years could be indirectly attributed to the underlying strategic distrust.

It is not too late to counter such dangerous dynamics. A hostile rivalry between Asia’s two great powers is sure to derail their aspirations to sustain their economic development in peace. The Chinese and Indian scholarly communities in China, India, and the U.S. should do their part to prevent such a tragic outcome from becoming a reality. The least they can do is to promote candid and honest academic exchanges and help narrow the perception gap between the two societies.

Minxin Pei is a professor of government at Claremont McKenna College and the author of China’s Trapped Transition: The Limits of Developmental Autocracy (Harvard University Press, 2006). He can be reached at Minxin.Pei@ClaremontMcKenna.edu