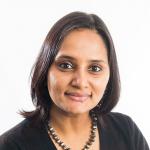 Studies of Indian politics have emphasized the importance of ethnicity to political behavior. Yet, India is a country where individuals simultaneously hold multiple ethnic identities of language, religion, and politicized umbrella caste categories (such as upper castes, backward castes, and scheduled castes), as well as highly localized sub-caste/kinship groups of “biradari” or “jati.” If individuals hold multiple identities, then which of these identities matter to voters at election time and why?

In a 2016 World Politics paper, co-authored with John Huber, titled “Ethnic Inequality and the Ethnification of Party Systems: Evidence from India,” we argue that the extent to which ethnicity matters to voting behavior depends on the differences in the economic well-being of ethnic groups in a system. When some ethnic groups are wealthy and others are poor, then the salience of ethnicity in politics should increase as this creates two reinforcing political cleavages of class and ethnicity. In addition, when groups differ in their economic well-being, this should likely also lead to different policy orientations of their members, resulting in voters sorting themselves electorally by identity.

In order to test this argument in India, we examined the ethnic bases of party support in the Indian states using data from the National Election Studies of 1999 and 2004 conducted by Lokniti-CSDS. First, the paper finds that the extent to which ethnicity mattered to how people voted was highest for the category of jati and lowest for religion. Second, when we probed further as to why jati mattered to the vote, we learned that in states where there was higher economic inequality between jatis, the greater the extent to which voters picked the same parties as their co-jati members. These results suggest that ethnic politics in India has a stronger economic component than previously recognized.

Interestingly, the paper also finds that while increasing inequality between jati groups increased ethnic voting, increasing inequality within jati groups had no dampening effect on ethnic voting. This provided tentative evidence for the claim that factors other than simply economic wealth can create solidarities between members of the same ethnic group. In a new paper titled “Social Inequality and Right Wing Voting – Evidence from the Indian States,” I examine why poor upper caste voters support the Bharatiya Janata Party (BJP) — a right-wing party that has campaigned for less statist intervention in the economy, fewer government handouts, anti-affirmative action policies, and a greater role for the private sector.

The poor’s support for right-wing parties is puzzling because it suggests that they are choosing parties that work against their economic interests. Yet, we see this phenomenon occurring in a range of developed and developing countries from the United States to India. My paper argues that appeals by right-wing parties are particularly appealing to poor voters in contexts of high social inequality and not simply economic inequality. I define social inequality as differences in the distribution of inherited "social-status" in a society, typically owing to legacies of hierarchical social orders. We observe persistent social inequality in a number of societies with a history of slavery, aristocracy, colonialism, and in the Indian case, the caste-system. In such places, right-wing parties can woo poor voters born into “high-status” social groups with appeals to group status.

Of central importance to "high-status" voters is their rank in the social hierarchy that they preserve and perpetuate through their control of segregated social institutions. When "low-status" groups start to compete for access to institutions viewed as key to maintaining group social rank, poor voters from high-status groups are more susceptible to appeals from right-wing parties. Poor voters gain both a psychological benefit from aligning with upper-status group as well as material benefits from gaining access to specific resources the group controls that demarcate inter-group boundaries.

I examine the electoral effects of an announcement by former Indian Prime Minister V. P. Singh on August 7, 1990 to implement quotas in central government jobs and higher education to backward castes based on the recommendations of the Mandal Commission. I use taluk (sub-district) level caste and education data from the 1931 census for the Madras Presidency, The Bombay Presidency, and the United Provinces. Together, these provinces account for constituencies in seven present-day states. I use this data to create a variable called Brahman Dominance, which is a measure of the over representation of Brahmans in the literate population of a taluk over their actual population. In places where this measure was large, Brahmans were more dominant in education, and it is likely they wielded more caste-based power.

The paper finds that state electoral constituencies with greater Brahman Dominance in education in 1931 were associated with a large increase in voting for the BJP in state elections held after 1990. Importantly, there existed no such correlation between Brahman Dominance and right-wing voting prior to the affirmative action announcement. Next, I use individual-level survey data from the 2004 National Election Studies to study the BJP vote amongst Brahmans versus other caste groups. The data analysis shows that Brahman voters were more likely to vote for the BJP if they lived in a constituency with greater Brahman Dominance in 1931 compared with Brahmans who lived in low dominance constituencies and compared with other castes. More critical to the argument of the paper, poor Brahmans were more likely to vote for the BJP in constituencies with higher levels of Brahman Dominance in 1931. These results provide evidence for the claim that support for the right-wing emerges amongst poor upper-status voters in places with high social inequality.

Together, these papers provide insights on the continued relevance of caste in Indian politics. While the first paper suggests that equalizing the average income of groups could reduce the relevance of caste to some extent in politics, the second finds that threats to high-status caste groups will create backlashes, particularly when government policy desegregates institutions that were key to maintaining caste distinctions and status in the first place.

The findings suggest that poor upper-castes might be more inclined to support government policy that targets improving the income or purchasing power of poor voters of all castes such as Below Poverty Line (BPL) cards or improvements to the Public Distribution System, but less inclined to support policy that is aimed at altering caste-based status quo in education, employment, and housing, even if these are “caste-blind.” Their selective support for redistributive policies, therefore, makes poor upper-castes a constituency that can be targeted by right-wing parties seeking to build cross-class alliances.

The findings of these studies have implications not just for our understanding of caste and voter behavior in India, but can also shed light on similar phenomenon at work in other countries such as the United States, Brazil, and South Africa where inter-racial economic differences overlap historical social-status distinctions.