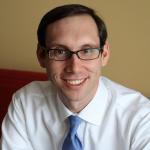 The ambush of Indian Army forces in Manipur, signing of a peace accord with the NSCN-IM in Nagaland, and Gurdaspur attacks have put internal security at the center of Narendra Modi’s agenda. India has a long history of dealing with armed groups, whether Naxalites, tribal separatists, or Kashmiri militants. Yet many of the lessons of India’s experience are consistently ignored in the popular and policy discourses on how to respond to armed groups. This history reveals important insights that have received insufficient attention.

First, the effects of “development” in war zones are far more complicated than is generally appreciated. Pouring huge central funds into regions of violence is at least rhetorically intended to encourage economic growth and employment, providing alternatives to involvement in militancy. Development money can be valuable when carefully targeted and monitored, but this seemingly straightforward policy often misses the mark. Many militant leaders are not unemployed, uneducated young men, but are, instead, educated children of the respectable middle class. It is entirely possible to be disaffected with the political status quo while also holding a job and receiving an education. Development initiatives may dissuade some recruits or supporters, but many poor areas are not sites of rebellion, and many rebels are not poor. Assuming a tight link between poverty and militancy does not make for good policy.

Development funding can be counterproductive when it is not properly distributed, which is all too common. Central funds are frequently siphoned off by local politicians, their families, and patronage networks. This fuels corruption and undermines both accountability and bureaucratic effectiveness. The endless revelation of government-linked scandals in Kashmir makes clear what happens when local power brokers become entrenched, and does little to endear “pro-India” and “mainstream” politicians to their constituents. This may ultimately work for the Indian state’s purposes, as A.S. Dulat’s recent revelations about the use of money in Kashmir suggest, but it is a very different mechanism than encouraging broad-based prosperity.

These funds may also end up in the hands of insurgents. They often directly extract money from bureaucrats and firms, while companies owned by or linked to armed groups can win contracts from the government. Nagaland is a classic example of government funding going to armed groups rather than to services. Providing resources has a place in internal security policy, but should not become an easy but ineffective substitute for harder political initiatives.

Second, the pathways to government success have been quite diverse. In some cases, such as Punjab in the late 1980s and early 1990s, West Bengal in the early/mid-1970s, and Kashmir in the 1990s, aggressive, often brutal, security operations broke the backs of militant movements. These campaigns involved extensive human rights abuses. Counterinsurgency, despite the rhetoric of winning hearts and minds and providing a “human touch,” is a nasty and grim affair. The Indian Army and Ministry of Home Affairs have devised a set of euphemisms to describe what happens in war zones (as have militants), but we should not ignore their realities.

In other cases, however, most notably Mizoram in the 1980s, direct negotiations with an armed group led to peace deals that demobilized and incorporated it into the political structure. Talking to armed groups can be highly productive when done on a comprehensive basis. The success of these deals often hinges on including the local population in the benefits of the settlement and preventing “spoiler” factions from undermining implementation.

In Nagaland over the last two decades and Kuki areas of northern Manipur, we have seen recurrent rounds of ceasefires and negotiations that neither establish a government monopoly of violence nor lead to recurrences of extensive violence. These are zones of limited cooperation between the state and armed actors, which sometimes break down into violence but can also be quite enduring. Imposing state dominance is not the only way to restrain violence.

There is no single approach that has “worked” for the state. Political elites and security managers have adopted radically different postures across conflicts, from intense suppression to live-and-let-live bargains. A range of strategies exist that deserve creative application and experimentation, rather than focusing on any single doctrine or solution.

Third, reducing local mobilization to Pakistani perfidy is inadequate. There is no doubt that Pakistan has played a destructive role in fostering violence. Its military should be condemned for relying on dangerous, radical armed groups. Yet too often unrest in Kashmir, in particular, is framed as fundamentally a result of Pakistani policy, after a perfunctory sentence devoted to the local situation.

Foregrounding Pakistan ignores the agency of people on the ground. They are political actors with goals, fears, and strategies, whether these are viewed favorably or unfavorably by India’s mainstream sentiment. Turning them into simple pawns of Pakistan is a way of avoiding or deflecting the hard questions raised by their demands. This approach reproduces the underlying political problems, rather than resolving them. Instead, India’s policymakers and public need to take Kashmiris seriously.

Finally, politics cannot be equated with public relations, fiscal transfers, or electoral turnout. Substantial numbers of people within the borders of India, especially on its unstable peripheries, either do not consider themselves Indian at all or view the state as an inimical, colonizing force. Talk of returning to “normalcy” ignores this deep history of places like Kashmir and Nagaland. Rather than trying to enclose these zones of conflict into a homogenizing image of India, real imagination, boldness, and risk-taking are necessary to create sustainable, inclusive political orders. This requires political investments from the very top of the Indian state; without this attention, day-to-day policy lies in the hands of bureaucrats, military officers, and local officials with little incentive to radically change the status quo.

Because of his credibility with the right wing and his political clout, Prime Minister Modi is unusually well equipped to make major reforms. In the Northeast, the recent agreement with the NSCN-IM may help to end Nagaland’s decades-long conflict. To avoid the fate of past accords in Nagaland and the Northeast, the Naga public needs to be incorporated into a broadly inclusive settlement. Many deals fail after being signed, and sustained political attention is essential to shepherd them through. While much recent press has been devoted to tactics and military operations in Manipur, the true key is working to make political adjustments within Manipur that can satisfy politically motivated militants, build up local institutions, and empower independent politicians who are not reliant on Delhi’s largesse. The alternative is to continue the long, grinding containment operations by MHA and Army forces that have occupied most of the last three decades. Throughout the region, development assistance needs to be better targeted and peace deals need to accommodate unarmed citizens as well as armed groups.

Jammu and Kashmir represents both the greatest challenge and opportunity for Modi. He can continue to play to the hard-line preferences of his Hindu nationalist base, but this will not lead to lasting improvements in the state. A dramatically less likely, but more far-sighted, approach would be to actually implement some of the recommendations of various ignored commissions and interlocutors’ reports of the last two decades, to refrain from propping up and manipulating the major political machines in the Kashmir Valley, and to demand greater accountability from the security forces operating in the state. This should include a serious assessment of AFSPA that prioritizes local sentiment. These kinds of initiatives would mark a tentative, but welcome, break from the dysfunctional politics of the status quo. Modi has talked a big game on internal security, but the ultimate test is whether he can fashion enduringly new and improved relations between Delhi and the periphery.

Paul Staniland is an Assistant Professor of Political Science at the University of Chicago.