"One More Tryst for Modi and Abe: What to Expect During the Latest India-Japan Summit," Harsh V. Pant. The Diplomat, October 28, 2018

"Confluence of the Two Seas" Speech by H.E.Mr. Shinzo Abe, Prime Minister of Japan at the Parliament of the Republic of India. Ministry of Foreign Affairs of Japan, August 22, 2007

"Japan's investments in India getting diverse," Dipanjan Roy Chaudhury. The Economic Times, May 27, 2017

The Emerging Strategic Equation in Asia 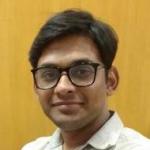 Prime Minister Narendra Modi’s visit to Japan as part of the 13th Annual Summit on October 28-29, 2018 has shed light on the evolving dynamics of the Indo-Japan bilateral relationship against the backdrop of a changing but volatile global order. Both India and Japan are confronting similar challenges in the Indo-Pacific region. Therefore, cooperation between them, and that too on multiple fronts is both obvious and desirable. It should be noted that their collective interest in forging better and stronger ties has been demonstrated by both the quantity and quality of the reciprocal state visits that have been witnessed in the last four years; the 13th Summit was Modi’s third visit to Japan since 2014. Besides, it is said that the nations’ personal rapport and the fact that both of the premiers exhibit similar right-wing nationalist sentiments seem to have brought them on the same page. After Modi hosted Japan PM Shinzo Abe in his home state of Gujarat to great fanfare, Abe reciprocated in the form of a private dinner at his picturesque Yamanashi holiday home.

During the 13th Annual Indo-Japan Summit, some crucial agreements were signed—a joint high speed rail project for which the first installment of 5,500 crore rupees was released by Japanese Industrial Cooperation Agency (JICA) a month before; increased naval cooperation between the Indian Navy and the Japan Maritime Self-Defense Force (JMSDF) in the Indo-pacific; a currency swap of $75 billion that is expected to bring a sigh of relief amidst the looming threat of trade war and rapid depreciation of rupees vis-à-vis dollar; 2+2 agreements on the lines of the US; and commencement of negotiations to finalize Acquisition and Cross-Servicing Agreements (ACSA) which would allow both navies to access each other’s military bases for logistical purposes (India will be able to access the Japanese base in Djibouti and the Japanese navy could dock at Andaman and Nicobar).

The relationship between Japan and India has expanded significantly in recent years, particularly in light of the changes that have taken place globally. Abe, while addressing the Indian parliament a decade ago said, “A strong India is in the best interest of Japan, and a strong Japan is in the best interest of India.” In addition to the strategic sphere, Japan is India’s third biggest economic investor. Between 2000-17, Japan invested $25.6 billion in domains including infrastructure, retail, textiles, and consumer durables. Tokyo is involved in big-ticket projects like Delhi-Mumbai industrial corridor (DMIC), the Mumbai-Ahmedabad bullet train, and setting up around twelve industrial parks across different states in India. Together, they have constituted the Japan-India Act East Forum (JICA) where the objective is to spearhead development cooperation in North Eastern states bordering China, Bangladesh, and Myanmar. JICA has already signed an agreement worth $610 million with the Government of India for phase I of North East connectivity projects.

What makes Modi’s recent visit more significant is the global background against which it took place. This visit assumed greater importance, particularly for India, because it followed a rather unexpected meeting between Chinese President Xi Jinping and Abe. Abe visited China for the first time in seven years and the fanfare on display was in stark contrast with the usually tensed China-Japan relationship. Apart from the emotional acrimony that has festered between them for decades, Japan and China continue to spar over islands in the East China Sea which are competitively called Senkaku by Japan and Diaoyu by China. The tension reached its zenith in September 2012 when the Japanese government nationalized the Senkaku/Diaoyu islands. It led to widespread protests on the streets of Beijing with Japanese automobile companies being targeted. Then-Japanese Ambassador Uichiro Niwa was called in to lodge a strong protest by Chinese foreign ministry. Abe was handed a cold reception during the APEC summit by his Chinese counterpart Xi and was made to wait at Beijing’s great hall; a deviation from the usual protocol.

The bonhomie on display during Abe’s visit marking the 40th anniversary of the Japan-China relationship seem to defy the ongoing Sino-Japan tussle. Noteworthy agreements signed include cooperation for a joint rail project in Thailand and currency swap agreement of $27 billion to dilute the protectionist measures by the Trump administration. Washington’s inward focus appears to have prompted this strategic recalibration. What stands out for India is that Abe, who earlier opposed the Belt and Road Initiative (BRI) striking a balancing act. The Sino-Japan bilateral trade equals $300 billion in 2017, a 15 percent increase from the previous year. Japanese major logistics firm Nissin Corporation has partnered with its Chinese counterpart Sinotrans to open up a trial logistics route from the Eastern coast of China to Western Europe and Central Asia, whereas the Indo-Japan initiative, Asia-Africa Growth Corridor (AAGC), is yet to fructify meaningfully.

The Japan-China rapprochement is governed by multiple factors. Japan needs access to China’s market. To quote Abe himself, “China is an indispensable country for Japan to keep growing.” While for China, whose ambitious BRI project is facing hurdles and opposition over the issues of transparency and is constantly being reviewed by successive governments, partnering with Japan will be a much-needed boost to its image. China’s economy and currency are facing tough times owing to trade spatting with America, and is willing to partner with other regional powers. Notwithstanding the diplomatic niceties, the contentious political issue between them remains. The Japan-America-India (JAI) trilateral summit on the sidelines of G-20 reiterating free and open Indo-Pacific hints that the Sino-Japan rapprochement could be “tactical” at best. However, these recent developments negate the typical “cold war” dynamics between China and the "Democratic quad" that is increasingly being used to analyze the international politics in Asia. Major Asian powers are engaging with each other guided by economic rationale. Therefore, Asia is witnessing a strategic flux where power is diffused and demarcation of geopolitical interests are blurred. Given the scenario, it is pertinent for New Delhi to not adopt a zero-sum game approach and objectively contextualize the Indo-Japan strategic partnership amidst interchangeable variables of the emerging strategic equation.

Paras Ratna is a post-graduate from Tata Institute of Social Sciences, Mumbai. He currently works as an Associate Manager of Strategic Affairs at Vision India Foundation, New Delhi. Twitter @parasratna