India at Cancun: The Dawn of a New Era 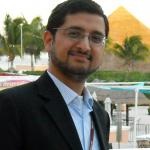 At the recently concluded UN Climate Change Conference of Parties (COP-16) at Cancun, banners of civil society groups hopefully and expectantly urged “Cancun Can.” And it did; at the end of two weeks of exhausting discussions and negotiations, the world has taken a small but sure step towards a meaningful set of global agreements on climate change.

While countries did not agree on a set of final agreements, a set of draft texts, without any brackets – the holy grail of negotiators – was agreed upon as a basis for further discussion. This is a huge step forward, as, for the first time, it breaks the deadlock on key issues such as a “shared vision” for global emissions in the long term, a green climate fund, a framework for technology cooperation, transparency of emission reduction pledges, and deforestation emissions.  It is fair to say that a comprehensive set of agreements are within striking distance at the next Conference of Parties (COP-17) to be held at Durban, South Africa one year from now.

Even more important than the text itself was the buoyant and constructive spirit shared by all countries at Cancun. The conference concluded with a palpable sense of achievement and optimism. Every participating nation felt that while concessions were made by all sides, something positive was achieved. This spirit of compromise bodes well for the future of multilateralism, which many had begun to question. Multilateral negotiations require decision by consensus, which has become exceedingly hard to achieve, as countries increasingly and boldly assert their self-interest on complex issues like climate change. But the progress achieved this past October at the Conference on Biological Diversity at Nagoya, where countries agreed on a multilateral protocol on access and benefit-sharing of bio-resources, and now at Cancun, provide new hope that multilateralism has lived to see another day.

A key reason for the success of Cancun – the world community expected little progress after the stagnation of the last few years – was the leadership shown by the host, Mexico. The Mexican Foreign Minister and President of the Conference, Patricia Espinosa, followed an open, transparent and inclusive process, while using the presence of key ministers from various nations to create an environment of trust and compromise. Minister Espinosa appointed Minister-Facilitators on key topics (one minister each from a developing and a developed country per topic), who consulted extensively and openly with all major negotiating blocs and made a genuine effort to come up with compromise text. This was a marked change from Copenhagen, where many countries had accused host Denmark of conducting selective consultations and attempting to impose a text which had not been multilaterally discussed or negotiated. The “atmospherics” at Cancun were very different; there were no secret texts and no secret parleys. Mexico was seen as playing the role of a truly honest broker. Minister Espinosa deployed tact and charm to ensure that everyone felt included, and it worked.

India went to Cancun with a clear brief: while India had not caused the problem of climate change, it was willing to be part of the solution. Cancun provided India the opportunity to project itself as a deal-maker, and not a deal-breaker.

India made five specific contributions to the final text.

1)  For the first time, the concept of “equitable access to sustainable development,” an Indian formulation, found mention in the text. This inclusion was critical as climate change is largely a problem caused by historical emissions, and late developers like India need equitable burden-sharing on carbon emissions to enable them to address their legitimate development priorities. The inclusion of this concept will help safeguard the economic growth and inclusive development imperatives of India and other developing countries.

2)  India ensured that for the first time, developed country actions will be subject to “international assessment and review.” International experts, including those from developing countries, will have the right to review whether developed countries are living up to their commitments.

3)  India’s formulation on international consultation and analysis (ICA) of developing country actions in a manner that is non-intrusive, non-punitive, and respectful of national sovereigntywas a key input that broke a seemingly unbreakable deadlock. India drafted the text and then worked with key countries – such as its other “BASIC” partners Brazil, South Africa, China, and the U.S. – to ensure that their respective concerns were addressed.

4)  India’s formulation on development and transfer of climate-friendly technologies to developing countries formed the basis for a firm, agreed text. Here again, India brought the different parties together on common interests, and ensured that a framework for technology transfer is in place, even as contentious issues like intellectual property are not allowed to scuttle progress.

5)  India ensured that there was neither a mention of a specific peaking year nor a quantitative target for emissions reduction by 2050 in the final text. This is important as such conditionalities could have imposed emission reduction commitments on developing countries like India too early and compromised their development and poverty-alleviation priorities.

India’s contribution at Cancun, however, went far beyond its contributions to the text of the agreements. India engaged the global community on a whole range of issues through a multi-pronged approach, spoke up for its developing country partners, showcased its voluntary domestic actions, deepened the intellectual debates, and bridged the gaps between parties.

India hosted a major side event on the importance of equity in the climate change negotiations, which was attended to by a full house of experts, negotiators, and civil society players, and cemented India’s leadership position on this key issue. India also hosted a press briefing on its proactive domestic actions to address climate change, which was attended to by a packed house of international media.

Most importantly, India did much to enhance its relationship with many of its developing country partners. Regular meetings with the “BASIC” group were arranged by India throughout the two weeks at Cancun to ensure that their joint positions were closely coordinated. India actively reached out to other developing country groups and spoke up for their interests. For example, India offered a capacity bulding and scholarship program on climate change adaptation to the Group of Small Island Developing States (SIDS). India actively and repeatedly called on the developed countries to immediately disburse the promised “fast start finance” for climate change initiatives for the Least Developed Countries (LDCs) and Africa, even as it voluntarily declared that it would itself forego its claim to this money in favor of the LDCs. India played host to a lunch for the South Asian Association for Regional Cooperation (SAARC) Ministers to discuss shared concerns, and conducted several bilateral meetings to discuss various negotiating positions and bridge gaps where needed.

Throughout the two-week conference, and at the request of host Mexico, India served as its informal ally in bringing the different viewpoints to the negotiating table. Indeed, the warm rapport between Minister Espinosa and Indian Environment Minister Jairam Ramesh was one of the striking features of Cancun. At the closing session, Minister Espinosa made an emphatic and emotional acknowledgement of the role played by India in the negotiations, to a standing ovation by representatives of all countries; an unprecedented occurrence in the history of climate change negotiations.

Clearly, a new India has emerged at Cancun, one that is finding the right balance, playing the role of a bridge between developed and developing countries, while protecting and advancing its own national interests. Cancun shows that India has found its true calling and is finding a new, elevated role in the modern world order.

Varad Pande is the Officer on Special Duty to India's Environmental Minister, Mr. Jairam Ramesh, and was part of India's delegation to Cancun.He can be reached at varadpande@gmail.com