The Pursuit of Imaginary Maps 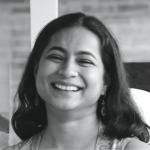 This year witnessed a renewed reckoning about the rights and wrongs of partition. Both Palestine and Ireland—partition scenarios most commonly associated with India and Pakistan—have seen debates about the merits of the process of partition and its finality played out with a greater urgency over the past few months. For India, lessons offered from both these locations should be valuable, particularly in the current context of the attempt to politically weaponize Partition memories.

In 1998, the Northern Ireland Protocol was signed collectively by diverse stakeholders in a long running territorial and political dispute that had restored stability and peace in the region, bringing an end to nearly a century old partition-like conflict. Now, the Brexit saga has enfolded the Irish question in its path, bringing again the prospect of violence and unrest to a region that had witnessed its abatement over the past two decades.

The Irish peace process envisioned a federated model featuring looser boundary lines and governance by a superimposed architecture in a political agreement under the architecture of a European agreement. To Indian onlookers, whose successive governments have miserably been engaged in the elusive pursuit of a roughly comparable solution for the better part of seven decades, the process by which this was allowed to have been unraveled in the UK, after the Brexit vote, could only be watched in amazement.

The Brexit solution was to unilaterally pull the customs boundaries into the UK backwards toward the Irish sea. This act, which in many ways constitutes the unilateral changing of a boundary line, also led to Protestant communities in Northern Ireland feeling further threatened because of the risk of being outnumbered by the majority in the Republic. Many commentators now warn of a return to violence, pointing to a reescalation of confrontation and inter-community hostility in Northern Ireland, which will further erode the hard-won gains from a settlement on Partition.

In May, rioting, sparked by violence around the Aqsa Mosque in East Jerusalem, culminated in an “11-day war” in which Israel targeted settlements in the West Bank, leading to the death of 230 Palestinians. The ways in which the Israeli government has chipped away at the position of Palestinians over successive decades is well known, but the most recent iteration also deserves greater scrutiny because of its parallels to the South Asian partition.

In East Jerusalem, 300 families from contested settlements faced the threat of eviction since their right to the property could be questioned by Israel, which argues that it belongs to Jewish settlers. The Israeli government argued that protestors in East Jerusalem were “presenting a real-estate dispute between private parties as a nationalistic cause in order to incite violence in Jerusalem.”

The vulnerability of the position of Palestinian residents is also further exacerbated by the fact that their sources of recourse were few as their ability to appeal to the balancing impulse of another state has been systematically eroded away. Indeed, the “Trump peace plan,” introduced in January 2020, had been widely criticized by commentators on Israel and Palestine as another example of the prospect of realistic statehood accorded to Palestinians being steadily chipped away.

Moreover, the lack of a two-state framework further imperiled the acceptance of the “right to return” for refugees. Scholars of the eviction process during 1948’s “Nakba” recount how 750,000 Palestinians were pushed out of their homes in the year that followed the creation of Israel because of the role of paramilitary outfits promoting the belief that the long-term residency of Palestinians was not viable. This eviction was carried out by outright violence or by the menace of sustained whisper campaigns. The rights of Palestinian refugees to return for rehabilitation or to reclaim their property in Israel has been contested to this day.

The extent to which this process can be checked is varied, but the contexts of India and Pakistan in the early 1950s offers interesting insights. To stem the flow of uncontrollable migration from East Pakistan to West Bengal, the governments of India and Pakistan entered into a series of agreements, first at the provincial level in 1948, and culminating in the Nehru Liaquat Pact in 1950. On Evacuee Property, moreover, the governments of India and Pakistan also attempted to move in tandem, partly because of the belief that the lack of an effective safeguard from the heft of another state could further enable property appropriation in post-partition contexts to carry on unchecked. The reasons for partially divergent paths to Partition in South Asia in the 1950s also had to do with the reckoning this effect could have on India-Pakistan relations.

In attempting to shake out a new paradigm for the conduct of India’s new domestic and foreign policy, which involves questioning the foundations of the post-partition settlements of South Asian states, the government should also reckon with the weight of the failures of Northern Ireland and Palestine. Ultimately, solutions that are unilaterally decided by a single government, or are pushed through by one state to weaken the other, do not last. The forcible enactment of a territorialized nationality at the expense of the rights of its minorities are, as these situations would imply, the most short-sighted solution of all.

Pallavi Raghavan is an Assistant Professor of International Relations at Ashoka University. Her book, Animosity at Bay: An Alternative History of the India-Pakistan Relationship, 1947-1952, was published in 2020 by C. Hurst & Co. (UK) and HarperCollins.