Higher Technical Education in India at the Crossroads 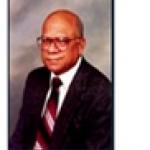 Since 1947, when independence was achieved, India has been one of the few developing countries to invest extensively in both Science and Technical education. The results, though impressive in terms of quantity, have a mixed track record in terms of quality. As a result, specific initiatives to close this gap between India and the developed world in terms of quality are now needed.

India's technical education landscape was initially dominated by the Indian Institutes of Technology (IIT), which had good faculty and facilities and the Indian Institute of Science (IISc) which had a good three-year Bachelor of Science diploma/degree program in engineering. However, the growth of IITs and IISc, in terms of both scalability and accountability, seemed to have gradually declined beginning in the late 1960's.  In fact, no IIT or IISc was again put in place until 1995, which clearly indicates a failure on the part of the Indian government.

The IISc discontinued the diploma/degree courses in the engineering disciplines between the 1960's and 1980's and the concept of scalability (i.e. having a large student intake and a higher student to faculty ratio as is obtainable in reputed pubic universities in the U.S) was never addressed. A large number of private engineering colleges with poor facilities and unqualified faculty thus came about after 1970; constituting nearly 75 percent of the total intake of engineering students. These colleges now number approximately 1,100 compared to the seven IITs and one IISc, causing the IT industries, et al, to deem only about 20 percent of first degree holders employable. Thus, technical education developed a distorted image; graduating over 230,000 Bachelor's degree students, 20,000 Master's degree students, and 1,000 Ph.D. degree students in 2006. By contrast, according to a December 2008 report from the Indian Institute of Technology in Bombay, IITs and IISc graduate only 1 percent of this number at the Bachelor's level, 4 percent at the Master's level, and 40 percent at the Ph.D. level. For a mere 3,000 seats in IITs there are close to 300,000 applicants.  Experience has shown that at least 10-15 percent of those applicants are of IIT quality and comparable to the students at major public universities in the U.S. A direct consequence of this was an enormous, but unfortunate growth of coaching institutes where many students enrolled for two years prior to taking the IIT entrance exam.  The fact that a large number of non-IIT students turn out to be equally competent and innovative was largely ignored until about a decade ago.

A comparison between India and China in this regard shows that China has developed the technical education sector much more rapidly than India. China has produced more than 5,000 Ph.D. holders per year compared to India's 1,000.  China has also successfully implemented the concept of scalability as it currently has fifteen IITs (eight of which have only recently started), though it is still not clear how the newer IITs will be staffed with qualified faculty as in the existing IITs.

India's desperate shortage of faculty with post graduate degrees throughout the country has to be addressed almost on an urgent basis without appointing more committees if the country is to compete with countries like China and South Korea. In order to do so, various issues must be individually addressed.

When addressing the issue of scalability, several reports regarding technical education or the AICTE guide lines state a figure of 15:1 as the desired student to faculty ratio. While this figure is perhaps the norm in Ivy League schools in the U.S., it is not so in reputed public universities such as Berkeley, Illinois where the ratio is more than 20:1. These are primarily research universities with huge undergraduate enrollments where postgraduate students are involved in various aspects of faculty assistance. Tier I institutions in India must adapt this model and concentrate more on research. Enrollment into the existing IITs can be doubled within a year or so if incremental investments in infrastructure are made. In terms of hostel space, room sharing should be considered except for Ph.D. scholars, as is common in non-IIT schools and was the prevalent model before 1947 as well. One can make efficient use of classroom space during the daytime, run labs during both mornings and afternoons, and admit students in both semesters. Thus, more than 20,000 quality IIT undergraduate students can be generated in a four year time frame while some of the Tier II institutions can be upgraded to IIT status with no difference in undergraduate quality.

India’s recent addition of eight IITs in the current plan, with twenty more in the future, naturally raises the question of recruitment and availability of qualified Ph.D. faculty as the number of Ph.D.s produced in the country is about 1,000 per year.  This is well short of the number needed to man the engineering colleges, let alone the future IITs. The creation of new IITs cannot be delinked from faculty development. Research must be accorded top priority by the existing IITs and encouraged in other central universities and NITs.  If India was to follow the criteria held in U.S. public universities – in which roughly one Ph.D. is produced per faculty member every other year – each IIT should produce about 150 Ph.D.s in engineering per year as opposed to the current forty; a target achieved by IIT Bombay in 2007. When the eight newer IITs are functional, they too should help the country achieve a target of 5,000 Ph.D.s per year by 2015 as a reasonable goal.

In a suggestion similar to the one endorsed by all three science academies in India of making the Master of Science and Ph.D. program into a dual degree program, IITs must have a similar dual M.Tech-Ph.D. program where the M.Tech program has a duration of one calendar year. There is no evidence that the current two-year program results in any good research as only more courses are taken. Eventually other institutions could also follow a one calendar year M.Tech program and those who wish to quit after one year of the M.Tech program would be free to do so. Thus, IITs would put a higher emphasis on research, and for the sake of uniformity, both science and engineering degrees could be called M.S.

The Quality Improvement Program (QIP), whereby teachers come to IITs to do their Ph.D. should be expanded. This has been a very successful initiative of the education ministry started in the 1970's as nearly 1,000 faculty members have obtained their degrees this way.

Looking ahead, the future of technical education in India can be bright if certain decisions can boldly be taken for India to emerge as a leader in research and development, as was the case for India’s undergraduate education in the 1960s. This was the dream of Nehru when he inaugurated IIT Kharagpur in 1950, and was a similar route taken by China several years ago.  Given India’s size and form of government, it will have to make unique but deliberate and hard choices in this matter.

M. A. Pai is Professor Emeritus in the Department of Electrical and Computer Engineering at the University of Illinois, Urbana-Champaign. He created the Indus Science and Technology Web site in 2000, which is now maintained and updated by CASI.