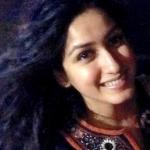 In mid-October, the Supreme Court of India raised questions against the practice of commercial surrogacy. Later that month, the Central government responded with a ban on allowing foreign couples from hiring surrogates in India, permitting only altruistic surrogacy for infertile Indian couples. Although these changes are not surprising given the recent ban on commercial surrogacy in neighboring countries such as Thailand and Nepal, the justification of such a move needs greater scrutiny. Media frenzy on high profile cases of babies being stateless and parentless, such as, Baby Manji in India (2008) and Baby Gammy in Thailand (2015) had added immense pressure on the government to take the “right” decision. The resulting ban is an expression of the government’s reservations on the burgeoning business of surrogacy in India.

India had become an international hub of commercial surrogacy and terms like “womb farm,” “baby factory,” and “global sisterhood” have frequently been used to represent the surrogacy “market.” While the Indian Council of Medical Research (ICMR) estimates the business to be worth $450 million, the most widely used “mythical value” for this unregulated market is $2.3 billion. Consequently, it was referred to as the “pot of gold” by the Law Commission of India (2009). Low costs and convenient regulations (such as having the name of commissioning parents on the birth certificate and the ability to keep surrogates under constant supervision for nine months in a hostel together) attracted intending parents from around the globe.

The Government of India has banned commercial surrogacy on the grounds of exploitation of poor needy women. Researchers have chalked out diverse reasons for cross-border commercial surrogacy to be exploitative — mainly moral, financial, and emotional in nature. It is considered morally reprehensible to allow poor fertile women from the global south to “rent their womb” for rich infertile women from the global north (DasGupta & Dasgupta, 2014). As an extension of the moral argument, some have even described it as modern-day slavery and a mockery of motherhood.

Considering the financial aspect, it is difficult to assess whether surrogacy is really that bad an option in a country where unpleasant social situations force women to unwillingly become sex workers or poverty induces people to even sell their organs (seeing it as a last alternative to earn and survive). Considering the life of an average Indian surrogate, mired in poverty and inequality, arguments of financial exploitation can sound rhetorical and borrowed from the west. Exploitation is circumstantially relative. This makes arguments of international commercial surrogacy being exploitative weak at a policy level. It is undeniable that commercial surrogacy in India supported thousands of childless couples, generated revenue via medical tourism, and was a valuable source of income for surrogates.

Moreover, surrogates were paid ten years’ equivalent of their regular income, which some have argued challenges the exploitation argument given the economic empowerment that commercial surrogacy entails for many women. In addition, (barring exceptions) surrogates are not forced into surrogacy and are well aware of the financial aspects of the surrogacy contract, further making it an informed choice. However, in comparison to the U.S., where a surrogate is paid as high as 50 percent of the total cost, in India, the surrogate receives approximately 20 percent (or less). Therefore, the case for a doubling of the share of total costs for surrogates is compelling.

However, exploitation while popularly perceived to be economic in nature, has another dimension. It can also be emotional, stemming from factors related to informed consent, dignity of reproductive labor, and the psychological well-being of the parties involved. From that standpoint, undoubtedly, the structure of commercial surrogacy in India has been anything but satisfactory. Aspects such as surrogates not knowing the number of embryos inserted or aborted, not having a say in wanting to see/meet the baby to which they give birth, not even being aware of the nationality of the intending parents, and not receiving psychological counselling are undoubtedly tantamount to exploitation. Considering these aspects, an intervention by the government at a policy level is a welcome step. However, a ban on commercial surrogacy will not provide a solution to these issues.

From a monetary standpoint, “selling a womb” or “buying a baby” raises many ethical questions. Nonetheless, one wonders if removing the payment aspect makes it more “exploitative.” While the government has voiced its assent to altruistic surrogacy—the surrogate does not receive financial incentives above and beyond the required basic expenses of bearing a child—for infertile Indian couples, it has its own plausible limitations. First, there is no guarantee that in a country like India, with high levels of power differentials, rich infertile couples would not exploit poor fertile women. Second, research suggests that receiving “payment” in commercial surrogacy creates a psychological detachment of the surrogate from the growing fetus. Therefore, it can be surmised that the possibility of developing a bond with the fetus could be higher in altruistic surrogacy. Third, it is difficult for any official authority to track the “gifts” being exchanged between the parties involved in the name of “compensation.” Lastly, altruistic surrogacy could also put voiceless, oppressed women in a highly vulnerable position, further disempowering them.

There are other contentious issues. For instance, would the Indian government, like altruistic surrogacy in the U.K., allow the surrogate to exercise the right to keep the child if she desires? Whose name would be written on the birth certificate—the surrogate’s or the intending parents’? What would be the guidelines governing “disclosure” and “relinquishment?” This policy intervention, thus, opens up a plethora of questions which will need addressing.

Like commercial surrogacy, altruistic surrogacy, with its social and moral implications, is not free from issues of emotional exploitation. It is essential to understand the levels of psychological distress a surrogate faces upon parting with the newborn. A U.K.-based study (Jadva, 2003) found that surrogate mothers are able to detach themselves from their new born. Such detachment finds expression in these women “successfully” seeing themselves as carriers of someone else’s baby. My own research has found that most of the surrogates display a sense of psychological distress at their inability to see the newborn and the intending parents, preventing them from developing a “sense of closure” post the surrogacy arrangement. Therefore, it is important that the new policy equips the surrogates with a voice of their own. Lastly, research also suggests that surrogates feel an ease in separation when they know where the child is going. This makes healthy interactions (at least during pregnancy and briefly after delivery) between the intending parents and the surrogate essential to a “successful” surrogacy arrangement.

Surrogacy is exceedingly complex in its social, biological, cultural, and psychological implications. There is no unanimous agreement of an ideal surrogacy arrangement. The practice of surrogacy in any part of the world is, admittedly, not without loopholes, both in its commercial and altruistic forms. While both practices require intense regulation, the feasibility of implementing onerous regulations needs a healthy dose of realism in the Indian context. A blanket ban does not address a real need and could simply drive the surrogacy market underground, making it worse for all concerned.

Nishtha Lamba is a doctoral candidate in Psychology at the Centre for Family Research, University of Cambridge. Her dissertation examines the Characteristics, Motivations, Experiences, and Psychological Well-Being of Surrogates in India.