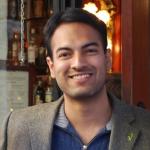 How can representation be designed such that the interests of vulnerable groups are best accommodated? Social science has tackled this question for decades, but much of the research on this topic has focused on the specific format of quotas. However, mandatory quotas—whether in politics, education, or the private sector—represent just one type of representation. They are a form of inclusion that allow minority groups to enter existing institutions and, at their highest level, mainstream marginalized interests through descriptive and substantive representation.

Yet, there are other, less theorized forms of representation, including those rooted in separation rather than inclusion. In such designs, the state establishes group-specific mechanisms that allow the marginalized to be accommodated solely by in-groups. For example, in politics, group-specific arrangements include separate (as opposed to joint) electorates whereby (a) seats are reserved for a specific community, and (b) only minority voters can vote for those seats. Indeed, this was the arrangement established for the Muslim community in India in 1909, and later championed by minority group leaders as a vehicle of caste empowerment and social development.

Today, separate or group-specific representation is almost extinct in electoral office—yet, the idea has gained traction in the realm of criminal justice. Consequently, we do have modern examples with which to theorize the pros and cons of this alternate design. In the latter half of the twentieth century, countries in the Global South from Brazil to India revived the idea of separation as empowerment with the creation of women-only institutions in criminal justice where (a) police stations would be run by a specific group and (b) only in-groups could avail of services at those institutions. India not only houses the largest number of women-only police stations in the world, but also other forms of group-specific bodies including women’s courts, Scheduled Caste/Tribe police stations (run by and for a caste community), and related measures. The intuition behind separation is that, even with quotas and inclusionary forms of representation, minority groups might still be constrained by the majority. Therefore, the legal or institutional separation of groups in their own institutions or “enclaves” would theoretically not only facilitate service provision, but also create spaces removed from discrimination and bias.

In a series of papers, I investigate the dynamics associated with representation as separation. I do so through the lens of all-women police stations in north India. In my first study, I highlight how, within the design of separate representation, is the segregation of minorities. This segregation—of minority administrators and gendered concerns—may create unintended consequences, especially in settings with traditional social norms. Using micro-level crime data and other sources of information, I show that the establishment of women-only bodies may incentivize other institutions (i.e. standard police stations) to forward complainants, consequently pushing gendered concerns away from “mainstream” policing and into the periphery. Furthermore, because women administrators are tasked with gendered tasks only, they may be prevented from developing capacity (i.e. carry out investigations related to murder or kidnapping). I suggest that “enclaves” may paradoxically promote group disparities by reinforcing a male domain against which women-only bodies are evaluated.

In a second study, I carry out ethnographic research across police stations in several north Indian states to further probe the consequences of physical segregation (e.g. the creation of enclaves) and occupational segregation (e.g. the disproportionate assignment of gendered tasks to female officials). While I find evidence that women-only institutions do afford a space for complainants to speak freely, such bodies may also be associated with an informal form of justice called “counseling” where victims of gender-based violence may be asked to reconcile with abusers. In other words, law enforcement officers may have their own definition of what “access to justice” means, and the mere separation of administrators based on identity may not drastically change outcomes in the formal criminal justice system.

In a third study, my co-author Sharon Barnhardt and I test whether (occupational) segregation affects trust in law enforcement officers. An important assumption behind representation as separation is that women have more faith in in-group administrators, especially when they are seen tackling gendered concerns. With the help of a video-based experiment, carried out with support from documentarians affiliated with India’s news corporation, New Delhi Television, we show that policewomen are seen as less favorable when tackling gendered complaints—especially by other women. In particular, a representative sample of over 1,000 respondents in Maharashtra state were shown manipulated news bulletins in which the gender of the investigating officer and type of case was altered. When female respondents saw a policewoman investigating a dowry case, for example, they were significantly less likely to rate the officer favorably compared to a policeman. The findings suggest that shared identity—and group-specific bodies that assign tasks to administrators based on identity—are not automatic routes toward increased faith in public officials.

Aside from the theoretical contributions, some policy implications follow. The design of policies may interact with existing cultural norms and bureaucratic structures in unexpected ways; these norms and structures have to be taken into account when implementing policy. For example, if group-specific bodies are designed as an alternate resource, yet complainants can still be forwarded, then it is unclear whether the design enlarges or narrows access points. Furthermore, in settings of weak state capacity, law enforcement officers may be overworked and understaffed; addressing these challenges may go some place in ensuring police officers take cases of sexual violence seriously. Moreover, there is always the potentiality that minority group administrators are biased as a factor of the police subculture or embeddedness within a broader system in which certain issues are prioritized over others; gender sensitization and other modes of training may help to change attitudes and norms. Finally, separate representation, if pursued, need not come at the expense of inclusionary designs like quotas. Without enough women personnel, the establishment of enclaves may create islands in a sea of institutions dominated by the majority, whilst reducing inter-group contact between male and female administrators. Hiring enough women to staff existing police stations, aside from enabling group-specific bodies to tackle all tasks (gendered and non-gendered), may militate against physical and occupational segregation.

Nirvikar Jassal is a Postdoctoral Fellow at the King Center on Global Development, Stanford University.