"The Folly of Soft Hindutva: How Congress Was Singed by its Patronage of the Bharat Sadhu Samaj," Nikhil Menon. Scroll.in, July 14, 2022

The Folly of Soft Hindutva 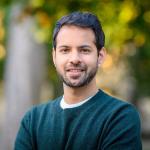 Hindu nationalism is on the rise in India; its discipline matched by the swagger that comes with impunity. Its victories have been regional and national, reverberating through the citizenry. The Citizenship Amendment Act and the building of a temple where a mosque once stood in Ayodhya were new thresholds. But since then, and in between, numerous other symptoms betray the spread of this political ideology across the country. The recent ban on hijabs in government colleges in Karnataka, or the bulldozer politics of BJP-ruled states, are only some of the latest episodes in a political movement that eats away at India’s secularism. How to halt the Hindutva juggernaut is the dilemma facing opposition parties.

While an electoral giant, the BJP revels in its power spree; its political rivals often either cower in a defensive crouch or succumb to the tug of religious nationalism themselves. This was apparent most recently during the bulldozing of mostly Muslim-owned properties in Delhi’s Jahangirpuri neighborhood by a BJP-controlled municipal corporation. The Congress was conspicuous in its absence, and the Aam Aadmi Party referred to the victims as “Bangladeshis” and “Rohingyas,” code for illegal Muslim immigrants. The appeal of this strategy, sometimes called “soft Hinduvta,” is apparent. By making their own overtures to religious themes, these opposition parties seek to prevent being labeled anti-Hindu or being associated in the public mind with minority communities. Courting religious sensibilities, or even soft Hindutva, according to this seemingly realist rationale, is the best path available to counter the BJP. But is it? The costs of a fraying social fabric and a vitiated politics aside, is it even likely to succeed electorally in the long term? Modern Indian history suggests otherwise.

There is a long history of the use of religion in Indian politics. During the anticolonial movement against the British Empire, patriots often deployed Hindu idioms in their rhetoric. The Indian National Congress, which led the mainstream movement, was itself the political home of several leaders who deployed Hinduism in service of their nationalism. These included figures representing diverse intellectual strands such as Bal Gangadhar Tilak, Mohandas Gandhi, and Purushottamdas Tandon. While acknowledging their significance to the freedom struggle, several scholars have also argued that while their religious appeals were successful in the mass mobilization of Hindu subaltern classes, it often alienated and caused suspicion among other groups and provided grist to the Muslim League’s mill.

There are numerous examples of the unintended consequences of politicizing religion in the decades immediately following Independence. My own research suggests that the vaunted secularism of the Nehruvian era was often belied by actions taken by the Congress, with disastrous consequences for the country and party. The tale of the Bharat Sadhu Samaj (Indian Society of Ascetics), for instance, should be cautionary. The Bharat Sadhu Samaj was established in early 1956 after a meeting between Congress politicians and sadhus (Hindu ascetics) at Birla Mandir in Delhi. Despite Nehru’s deep ambivalence about the venture, it was enthusiastically promoted by God-fearing national figures like President Rajendra Prasad and the Minister for Planning, Gulzarilal Nanda. The Samaj was instituted on the belief—shared by Congress and Hindu ascetics—that these holy men would help popularize the Five-Year Plans among the country’s devout millions.

What the Congress Party would find, however, over the course of the following years, was that associating itself with Hindu causes would ultimately play into the hands of its political rivals, initially the Jan Sangh and eventually the BJP. The sadhus in this Samaj would prove hard to control, dragging the party into arenas where its secular commitments were ever more threatened, and where its competitors were bound to succeed.

Take, for example, the career of the Bharat Sadhu Samaj’s first president, Tukdoji Mahraj. This one-time Gandhian and singer wound up becoming one of the founders and Vice-Presidents of the far-right Hindutva group, the Vishwa Hindu Parishad (VHP). Gulzarilal Nanda’s political fate offers another warning. For this Cabinet Minister, two-time interim prime minister, and Congress stalwart, the chickens came home to roost when the very sadhus he had patronized launched an attack on Parliament. On November 7, 1966, sadhus led a crowd of nearly 125,000 in a march from Red Fort to Parliament as part of a nationwide agitation to ban cow slaughter. The marchers soon turned into a mob. Wielding trishuls, swords, and spears, they tried to breach Parliament. When repelled by police, they attacked the homes of Congress politicians and went on a rampage across the city, destroying property. The violence ended with eight dead, forty seriously injured, and eight hundred arrests. When the curfew was lifted two days later, in a sign of things to come, the Jana Sangh’s Atal Bihari Vajpayee defended one of the leaders of the mob in the Rajya Sabha. Gulzarilal Nanda, now the Home Minister, was compelled to resign. He was, after all, a long-time supporter of these sadhus and their cause as a gaurakshak (cow protector) himself. It effectively brought an end to an illustrious political career.

Despite this, Indira Gandhi and the Congress Party persisted in their encouragement of the Bharat Sadhu Samaj. Worried—as the Congress and AAP are today—about seeming insufficiently solicitous of Hindu sentiment, they pandered to the Sadhu Samaj and sought to cultivate Hindu support. But, as ever, this supposedly secular party was playing with fire, and on terrain much better suited to avowedly majoritarian politics. At the 1989 Kumbh Mela, three years after the Rajiv Gandhi government fatefully sanctioned opening the locks to Babri Masjid, the Bharat Sadhu Samaj began associating itself with the BJP-backed Ram Janmabhoomi movement. Soon the Sadhu Samaj’s programs began to sound indistinguishable from that of the VHP, with several calls to “reclaim” the site of the mosque in Ayodhya for a Ram temple.

The Bharat Sadhu Samaj had been created by the Congress. Their association with Congress was so clear that they began to be derisively referred to as “Congress Sadhus.” Despite the shock of the attack on Parliament in 1966, the Congress continued to indulge an organization that was committed to emotive and divisive policies such as cow-protection and beef bans. Congress politicians continued to sing their praises at Kumbh Melas to harvest Hindu votes. In 1989, the Sadhu Samaj—a child of the Congress—unsurprisingly rebelled and turned on its parent, allying itself informally to the VHP and BJP. By the end of the 1990s, the BJP had, over the course of just a decade and a half, surged from single digit to triple digit seats in Parliament, largely on the back of this successful Ram Janmabhoomi mobilization.

In contemporary India—a Hindu nationalist India—even those opposed to the politics of communalization sometimes argue that religion is too powerful a resource to be left solely in the hands of the Sangh Parivar. The realistic path forward, they reason, is to parry the Hindutva thrust using Hinduism as a shield—either by making a display of Hindu faith and minimizing association with Muslim religiosity, or selectively choosing not to condemn Hindutva aggression. What this view underestimates is not just the theoretical “slippery slope,” but also the very real evidence of how such gambits have recently played out. Even when such a stance may seem tame by comparison to the viciousness of unadulterated Hindutva, it is likely to erode the ground under their feet. Also, less instrumentally, and much more importantly, it fails to come to terms with the true price of such a strategy—the daily fear and insecurity of millions of Indian Muslims.

Nikhil Menon is the author of Planning Democracy: Modern India’s Quest for Development (Cambridge University Press, 2022). He is Assistant Professor of History at the University of Notre Dame.