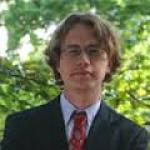 In February 2014, India managed a rare diplomatic coup de force when it hosted, in the same week, the Crown Prince of Saudi Arabia, Abdulaziz Al Saud and the Foreign Minister of Iran, Javad Zarif. The timing of these visits is hardly fortuitous; over the past two decades, India has adroitly managed to develop relations with diverse Middle Eastern countries such as Israel, Palestine, Iran, and Saudi Arabia. Some see this balancing act as indicative of a broader new approach to the region, defined as India’s “Look Middle East” Policy. Beyond the change in semantics – Indian diplomats had historically referred to the region as “West Asia” – it is equally argued that a new framework guides India’s policy. At the same time, Indian politicians and diplomats regularly remind us that India’s involvement in Middle East affairs is not a new development. Both of these assessments are partially correct. While the region has consistently been interpreted as a major component of India’s grand strategy, there has also been a clear shift away from India’s preference to engage with a select group of regional partners (“proxy” policy) to a “multi-engagement” strategy in the last two decades.

Putting all its Eggs in the Wrong Basket?
India has historically been involved in Middle East politics through centuries-old commercial ties and cultural-religious connections with the Gulf States and through a more recently shared colonial history. Consequently, when India became independent, it tried to build on these ancient ties to establish relationships with all the regional players that were also emerging from colonial subjugation. However, internal security issues and economic development at home limited India’s relations with countries to its immediate Western flank. Because of its limited projection capabilities, India decided to defer to regional proxies to have an influence on regional events. India originally supported Gamal Abdel Nasser’s Egypt in the 1950s and 60s, with the impression that Cairo was a legitimate spokesman for Arab interests.

However, India’s Cairo-centered policy came under fire in the late 1960s when support for Egypt directly conflicted with India’s regional and national interests. Indian leaders failed to analyze how its close relationship with a secular-nationalist Egypt gradually alienated it from other more conservative regimes like Saudi Arabia and Jordan which, in the meantime, furthered their relations with Pakistan. India’s pro-Egypt bias also led Delhi to unconditionally support Nasser’s military adventurism in 1967, which escalated to a military confrontation with Israel. The military defeat accelerated the decline of Egypt’s prominent position in Pan-Arab politics in favor of traditional monarchical regimes. To continue to elicit Arab support on the Kashmir dispute against Pakistan, but also to meet its growing energy needs, India decided to strengthen political links with Gulf States, especially Iraq and Iran. Subsequently, Indian leaders no longer exclusively deferred to Cairo’s judgment on regional affairs but relied on other proxies until the late 1980s.

A Policy of Multi-Alignment
Two series of development in the 1990s allowed India to permanently reorient its Middle East policy. First, both the Gulf war and the Oslo Peace process revealed important divisions within the Arab-Muslim world, whether it was with regards to supporting the Saddam Hussein regime or the negotiations between Israel and the Palestine Liberation Organization (PLO). The state of confusion created by these events left India with unprecedented diplomatic leeway in the region. For instance, widespread Arab criticism regarding the PLO’s support of Iraq during the war and a series of Arab-Israel peace conferences in 1991 limited the negative diplomatic implications of India’s opening up to Israel. Consequently, India had a unique opportunity to move from a policy of quasi-privileged partnerships with a few local players to a policy of multi-engagement of all relevant regional actors.

Second, India’s economic growth, rising international influence, and new status as a nuclear weapons state have made it an attractive partner for most Middle Eastern states. For example, despite unanimously condemning India’s counter-insurgency efforts in Kashmir at the Organization of the Islamic Conference in the early 1990s, none of these countries has let the Kashmir dispute become an insurmountable obstacle in developing relations with Delhi. Middle Eastern States have increasingly looked at India as an emerging geopolitical power in their neighborhood, a major destination for their primary exports, and a possible venue for investments.

Because of the evolving perceptions of Middle-Eastern leaders, India has been able to develop relations with each country in a bilateral and separate fashion. Learning from its previous failed “proxy” policies, and given the current degree of political division in the region, India no longer attempts to take sides in inter-Arab disputes. Rather than a planned grand strategy, Indian governments have gradually realized, since 1992, that doing business with all the protagonists on the one hand, without ignoring India’s diverse economic and political interests in the region on the other hand, has been the most beneficial course of action.

The most visible illustration of this policy shift was India’s establishment of diplomatic relations with Israel in 1992, a country which it had long neglected for fear of estranging its Arab partners. Over the last two decades, India has also simultaneously developed strong strategic partnerships with Iran, Saudi Arabia, the United Arab Emirates (UAE), and the Gulf Cooperation Council (GCC). Cooperation in counter-terrorism and counter-piracy between India and these countries has also added a new strategic dimension. The Gulf and the Arab countries are no longer just a source of oil and destination for Indian labor; they have also become economic and political partners.

The Limits of India’s Balancing Game
Nevertheless, India’s balancing act has also proved to be increasingly difficult to sustain. As the Israeli-Iranian and Shia-Sunni rivalries have escalated in recent years, India has been pressured to take sides. Until now, India had managed to maintain an economic and political partnership with Iran despite U.S. pressures and Saudi and Israeli concerns. India has historically been one of Iran’s largest crude oil buyers and has also had views on Iran’s natural gas reserves. However, the attack against an Israeli diplomat in New Delhi in February 2012, with possible Iranian involvement and international sanctions against Tehran, have strained the relationship. The recent nuclear deal stroke between the U.S. and Iran might again modify the unstable equation.

Additionally, it is not clear if this new multi-pronged approach is part of a calculated and long-term grand strategy. When it comes to the Middle-East, India has simultaneously sought to maintain a regular access to energy resources and markets crucial to sustain economic growth at home, preserve the welfare of its large diaspora (seven million expatriates), acquire high-tech military equipment from Israel, limit the diffusion effects of socio-religious tensions, and compete with China for influence. The driving forces behind the multi-engagement policy have also been indirect and diverse, often initiated by sub-state actors like state governments or business interests.

Until now, India has been able to satisfy these conflicting interests, to engage all relevant parties, and to not take sides, hoping that its attractive economic profile to economic investments will permit it to maintain this delicate balanced engagement with the Middle East. Correspondingly, the objective of Indian diplomacy has been to manage, rather than to drive, India’s multi-relationships. In this context, the new “Look Middle East” initiative from December can be interpreted as an attempt by India’s Ministry of External Affairs to better control and coordinate the different levels of engagement between India and the Middle-East.

Nicolas Blarel is a doctoral candidate at Indiana University Bloomington and a Graduate Research Assistant at the Center on American and Global Security. He is the author of The Evolution of India's Israel Policy: Continuity, Change, and Compromise Since 1922 (Oxford University Press, forthcoming September 2014).