Fund for Improvement of S&T Infrastructure

Transforming India into a Knowledge Power 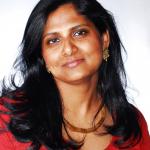 With the emergence of India on the global scene as a player parlayed by the information technology revolution, its aspirations have received a new boost. Aside from being an economic power, it now aspires to be a knowledge power; a center of innovation and creative ideas. However, it is not on track to do so. While India has the resources to make this happen, the absence of fundamental institutional change makes reaching this goal very unlikely.

India’s current landscape of educational and research centers in science and technology (S&T) actively hamper its growth into a knowledge power. One of the key reasons is the nature of its research infrastructure and, in particular, the institutional configurations that currently exist. Historically, the set-up of the Indian S&T enterprise stemmed from the Nehruvian vision of the significant role expected of S&T in the country’s development that needed to be jump-started after independence. With Nehru’s patronage, the renowned scientists of that generation such as Meghnad Saha, Vikram Sarabhai, Homi Bhabha, and C. V. Raman all pushed for building scientific research as a high priority in order to rapidly cultivate a homegrown scientific community and achieve technical self-sufficiency with expediency. Scarce resources were therefore directed to a few elite research centers inspired by the model in the U.S.S.R.; a few national laboratories in specific subjects. There was lively debate between Meghnad Saha and Homi Bhabha on the locus of where pure and applied research should be situated.

This illustrious generation of visionaries and strong personalities was deeply influenced by the European and Russian models: the ones adopted for Research Institutes in the U.S.S.R, and the Karl Wilhelm Institutes (currently the Max-Planck Institutes) in Germany, rather than the research universities in the United States. This institutional template choice has left us impoverished today. Research universities are the backbone of invention and innovation in the United States. The tight coupling of undergraduate and graduate training, along with a strong research base, has provided natural incubators to develop, foster, and nurture new ideas that could potentially translate immediately into applications, as well as more long term basic science research that might not produce immediate commercial benefits. As a consequence of this initial historic cleavage, university research has failed to garner adequate support and the structural changes required to invigorate and reshape universities to do so, never took root. In the meantime, more and more research institutes have been created in the sciences and social sciences outside the university system.

The foremost casualty of this separation of research from teaching has been undergraduate education in the sciences and technology, which needs a radical makeover. This separation of pedagogy from research has been seriously detrimental and continues to do severe damage to both activities. It has robbed the undergraduate curriculum of its richness by preventing the building up of critical-thinking skills in post-secondary education, and it has impoverished universities by offering very little incentive to its faculty for becoming scholars, producing a frustrated and disenchanted generation of academics. The research centers on the other hand have all mostly thrived, and some clearly are world class. Tata Institute of Fundamental Research (TIFR), Inter University Center for Astronomy & Astrophysics (IUCAA), National Center for Biological Sciences (NCBS), and the Indian Institute of Science are exemplars. However, to be at the forefront as global leaders in innovation, India needs to vastly increase the scale of the research enterprise.

India needs to urgently reintegrate research and teaching. Structural changes need to be introduced into the university setting. Universities need to provide time in the form of research leave and resources for faculty to jump-start their research. They need to encourage collaborations with colleagues at research institutes, and funding needs to be provided to do so. This can be easily accomplished via a targeted grants program within the Government of India’s Science and Engineering Research Council’s (SERC’s) existing Fund for Improvement of Science & Technology Infrastructure program. SERC can incentivize this by allocating a grants program solely for such collaborative ventures. The benefit of launching and actively fostering scientific collaborations between research institutes and teaching colleges is that it will provide channels for undergraduates to be involved in research. In turn, universities can then require undergraduate research projects at least for all honors degree courses. Setting up such a cycle of research involvement will require extending the undergraduate degree to four years.

One move in the right direction that partially addresses this lack of integration of research into undergraduate education has been the setting up of the Indian Institutes for Science Education and Research (IISERs). Five of these institutes have been set up with substantial funding in Mohali, Pune, Bhopal, Kolkata, and Thiruvananthapuram. Research is part and parcel of the undergraduate science curriculum and every student gets a taste of it at the IISERs. However, there is no such analog for the humanities and social sciences.

Another pressing and related issue is the lack of breadth in an undergraduate education. Requiring a broad core curriculum that includes quantitative reasoning, critical thinking, writing skills, and basic mathematical competency needs to be part of undergraduate education at all institutions for all degree courses, including specialized science, engineering, or medical colleges.

The current revolution in online teaching and learning provides an opportune moment to spur and implement a radical shift in educational culture. Initiatives such as Coursera and edX have started offering Massive Open Online Courses (MOOCs) that can be streamed anywhere in the world and material accessed either free or at modest cost. The scale on which these courses can be delivered is staggering. For example, 154,000 people from around the world enrolled this spring in the Circuits & Electronics class taught by Ananth Agarwal, an MIT professor and Director of the edX initiative.

MOOCs offer an attractive option to deliver course material on the scale that is needed for India, especially given the challenge posed by its demographics and the sheer number of young people who need to be educated. In post-secondary education, MOOCs can be used to supplement and update current undergraduate courses by offering a blended classroom with live streamed content, thereby giving faculty more time to invest in their research agendas. While it is unclear how they could, on their own, spark interest in research careers, one cannot fully anticipate the impact of a revolution ex ante. MOOCs can standardize course delivery, curriculum, and teaching. In terms of pedagogy and standards, they can help bridge the urban-rural divide in India, as well as transform primary and secondary education.

Another channel to spark research activity in universities is to encourage undergraduate science student involvement in so-called Citizen Science projects. Periodically organizing national S&T contests and a National Science Festival celebrating science modeled on the World Science Festival held in New York City, would entice young people to pursue science as a career. Tapping into international networks would also help. Foreign collaborations in educational ventures are not new to India. The elite IITs, for instance, were set up with international collaborations. Perhaps renewing ties to the research universities that helped set them up in the first place would help boost the research programs of current IIT faculty.

With decisive and bold policy interventions, India could shift its educational culture within a generation and leverage its unique demographic advantage. India looks to S&T to provide new and innovative solutions to many challenging global problems such as climate change and the growing demand for scarce resources like energy, water, and food. S&T have provided solutions, and we have every reason to remain optimistic as long we create the conditions for these endeavors to thrive.

Priyamvada Natarajan is a Professor in the Departments of Astronomy and Physics, and Chair of the Women’s Faculty Forum at Yale University. She can be reached at priyamvada.natarajan@yale.edu