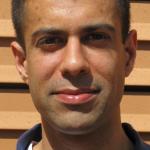 Although nowhere near as high profile or politically dramatic as the 2008 Indo-U.S. nuclear deal, India’s proposed $10 billion procurement of 126 Medium Multi-Role Combat Aircraft (MMRCA) may have a much more profound impact on India’s strategic relations, particularly if a U.S. Platform – either Lockheed’s F-16 E/F or Boeing’s F/A-18 E/F – is selected as the winning bid. Indeed, given that the first eighteen aircraft bought in flyaway condition will likely not be operationalized into the Indian Air Force (IAF) until at least 2014-15, and the remaining 108 – aimed to be assembled indigenously – will not be operational until at least 2022, the strategic impact of the deal may far outweigh the tactical utility of this proposed stop-gap solution for a fourth generation fighter that might be dated by the time it is deployed. This raises the natural question, given other pressing needs for the IAF, of whether or not this is worth it.

Why did the IAF and Ministry of Defence (MoD) issue a request for proposal for 126 medium fourth generation MMRCA? The IAF currently operates between thirty and thirty-two combat aircraft squadrons, well below the mandated level of 39.5 squadrons; this combat strength is envisioned to fall further to roughly twenty-seven to twenty-nine squadrons in the next decade or so as older MiG-21 squadrons are retired without replacement. With such a depleted combat strength, the IAF cannot maintain the deployment patterns and operational readiness that are required for India’s self-defense. India's air superiority over Pakistan could also be threatened, particularly as Pakistan takes delivery of further F-16 orders in the coming years. As a result, faced with imminent depletion of force-strength, the IAF and MoD began considering options several years ago to replace its aging combat aircraft fleet.

One option was to replace the light combat MiG-21 squadrons with modern aircraft of similar, but augmented capabilities, such as the MiG-29 or French Mirages. The indigenous development of the Tejas light combat aircraft, however, which is roughly of the same class and capability as a modernized MiG-21, mitigated the need to acquire a foreign replacement for the MiG-21 squadrons. The Tejas, though, has run into engine problems, triggering a fresh search for a higher-thrust engine in August 2009; the IAF is thus not expecting to take delivery of its first operational Tejas aircraft for another several years. In addition, the IAF has been steadily incorporating the highly capable and versatile 4.5 generation Su-30 MKI, a Russian medium-to-heavy platform with interceptor, bomber, and ground attack capabilities into its force structure since 2002, and it is increasingly indigenously assembled by Hindustan Aeronautics (HAL); a total of 280 will be inducted into the IAF by 2015. The combination of the Tejas and the Su-30 MKI will largely replenish and supersede India’s retiring assets by the middle of the next decade, putting the IAF at full combat strength by 2022.

The other alternative was to leapfrog technologies entirely and acquire a fifth generation fighter capable of operating in a network-centric environment, with some stealth capability, such as the U.S.-made F-22 or F-35, or Russian-made Sukhoi PAK-FA. India and Russia have agreed, in principle, to jointly develop the Sukhoi PAK-FA which is roughly in the same weight-class as a medium combat aircraft. Recently-retired Air Chief Marshal Fali Major expects the fifth generation fighter to be operational around 2020. While the IAF will be below-strength in its targeted combat aircraft capability until 2015, once the full complement of Tejas and Su-30MKIs are incorporated by then – and with the targeted development and acquisition of the Sukhoi PAK-FA true fifth generation aircraft – the IAF will be well-placed with a mix of light and medium-to-heavy multirole combat aircraft capable of executing most envisioned fighter and attack missions.

So where does the MMRCA deal fit into the IAF’s force requirements? It was initially envisioned in 2001 as an interim solution to replace the retiring MiG-21 fleet with a more capable set of 126 4.5 generation fighters. The six candidates for the MMRCA deal are a mix of single and twin-engine aircraft all broadly classified as medium multirole combat aircraft: the F-16 E/F (with a vague future option of the F-35), the F/A-18 E/F, the Dassault Rafale, the Eurofighter Typhoon, the Saab Gripen NG, and Russia’s MiG-35. These six aircraft are currently undergoing IAF trials in a variety of combat environments: Bangalore, Jaisalmer, and Leh. These trials will continue for at least the next year as the IAF undergoes its evaluation both in India and in-country to evaluate weapons complements.

Once the IAF makes its recommendation to the MoD, the black-box of Indian bureaucracy will be responsible for awarding the contract. According to Rahul Bedi of Jane’s Defence Weekly, this process is expected to take until 2012-14, and the criteria by which the MoD will make its final selection are incredibly ambiguous. The first eighteen aircraft, to be bought off-the-shelf in flyaway condition, are not required to be delivered until three years after the awarding of the contract; any delays in the acquisition process may push the first delivery of MMRCA platforms into the latter half of next decade. The indigenization process for the remaining 108 aircraft will also be time-consuming, and will vary significantly by the platform selected, so it could be up to 15 years – if not more – before the bulk of the MRCA are inducted into the IAF.

This elongated timeline undermines the primary rationale for the MMRCA deal. Since the Tejas and the Su-30MKIs will be operational well before even the first eighteen MMRCAs are delivered, and the Sukhoi PAK-FA fifth generation fighter is likely to be developed around the same time as the indigenously produced MMRCAs, the $10 billion MMRCA complement could be dated by the time it is incorporated into the IAF’s force structure – and certainly by the end of its three-decade life cycle – particularly since an expanded order of Su-30MKIs might provide broadly similar capabilities. Though it presently lacks an “active electronically scanned array” (AESA) radar, this may be upgradeable.

Critics of this view will argue that the MMRCA deal nevertheless provides a necessary capability in between the takeoff weights of the slightly heavier Su-30MKI and the Tejas, allowing India to expand its “operational envelope.” For a largely status quo power, the natural question is, of course, where to expand for the IAF. In what specific missions and roles will there be a gap? There does not appear to be an articulated role for the MMRCA that cannot be filled by the IAF’s existing combat aircraft and the mix of the Tejas, Su-30MKI, and proposed fifth generation fighter; capabilities judged sufficient to meet most realistic regional attack and fighter contingencies. As such, there are other capabilities the IAF could invest in that would reap greater tactical utility. Big ticket items may be prestigious and sexy, but the IAF may benefit more from necessary role-specific capabilities, particularly close ground support aircraft for mountainous combined arms operations (e.g., A-10 Thunderbolts), transport, further high-altitude attack helicopters, and surveillance or attack drone capabilities for counterinsurgency operations.

Strategically for India, the MMRCA deal is an opportunity to expand its burgeoning arms relationship with the United States, from which it has recently purchased P-8 maritime reconnaissance aircraft as well as C-130 transport aircraft. It could also help reduce its dependence on Russia for mainline platforms, which has recently frustrated the Indian military and MoD with the Gorshkov delays and a persistent lack of supply of spare parts. The selection of a frontline U.S. combat aircraft would mark a watershed moment in India’s strategic outlook as it would be the first major shift away from Russian platforms, embedding India in a deeper commercial and military relationship with the United States for parts, weapons, maintenance, and operational training, generating an integrated client-side relationship.

But precisely because this shift would be such a break from India’s past suppliers – Russia and France – it would require the costly development of a separate production, maintenance, weapons procurement, and training line in an IAF that already supports at least twenty-six different aircraft platforms. And even though the MMRCA deal mandates a 50 percent indigenous offset, stringent licensing and monitoring agreements will likely mean that the U.S. will not allow certain sensitive technologies to be transferred to India for indigenous production. While a diversified strategic relationship with the United States is certainly in both nations’ interest, the MMRCA deal should not be viewed as a panacea toward that end, particularly since there are other commercial areas in which the two nations can cooperate that might be just as deep and easier to operationalize (e.g., nuclear energy). If India’s primary aim is to establish a deeper arms relationship with the U.S., it would make more sense to select an American fifth-generation aircraft – whose costs might be more justifiable – rather than a medium MMRCA.

The contours of the MMRCA deal as it is unfolding, raises a critical question: is it worth the tens of billions of dollars outlay for little stop-gap measure, which can ably be substituted by the Su-30MKI, and which will eventually be superseded by a fifth generation fighter that might come online roughly around the same time? The Typhoon and the Gripen would make little sense for India. As new platforms, they would be costly to integrate into the IAF, with little obvious additional strategic or tactical benefit. The MiG-35 and the Rafale would be easier to incorporate into the IAF but again will reap little marginal benefit. The F-16 and F-18 would have a significant strategic impact, but will also be the most costly to operationalize; if the primary goal is a deeper strategic relationship with the U.S. and diversification away from Russia, there may be more cost-effective measures to achieve that end. There must thus be a clearer articulation by both the MoD and IAF as to what the utility of the MMRCA acquisitions will be, and a sober evaluation of whether it is worth the financial and organizational costs given other gaping priorities. The view from the outside suggests that it is very difficult to justify.

Vipin Narang is a Ph.D. Candidate in the Department of Government, Harvard University and a Research Fellow at the Belfer Center for Science and International Affairs, Harvard University. In Fall 2010, he will be Assistant Professor of Political Science at MIT.Email: vnarang@fas.harvard.edu