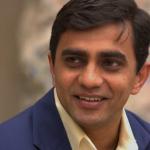 The troubled state of civil-military relations in India has attracted much attention in recent times. Many, especially within the military, argue that it has been in a state of prolonged crisis as far back as 2006 when disputes over the Pay Commission created bad blood between civilians and the military. These tensions, however, paled in comparison to the controversies that erupted earlier this year. General V.K. Singh’s tenure as Chief of Army Staff saw many firsts; a Service Chief representing against the Ministry of Defence in the Supreme Court, the Ministry of Defence established the precedence and upheld the sanctity of a designated “succession line” to the position of Service Chief and the leak of a top-secret letter from the Army Chief to the Prime Minister complaining about weaknesses in “defence preparedness” stemming mainly from higher defense mismanagement.

The distrust between civilians and the military became a national issue when the Indian Express reported a story about how the Defence Ministry was “spooked” by the allegedly unplanned move of some army units near the capital this past January. While the Prime Minister quickly denied this news report, the media highlighted an obvious fact: civil-military relations were in deep trouble and required urgent attention. General V.K. Singh’s retirement has cooled tempers somewhat and taken this issue off the front pages but the systemic and structural problems that lie at the roots of the problem lie unaddressed. It is inevitable then that some manifestation of the civil-military divide will emerge in some form sooner or later.

Most visitors to South Block, the seat of the Defence and External Affairs Ministries and of the military headquarters, are struck by the obvious disconnect that exists between these bureaucracies. While some of it is to be expected, the low level of interaction, information flow, and even trust between civilian bureaucrats in the Defence Ministry and the uniformed military makes India somewhat of an outlier among democracies. Defence Minister A.K. Anthony tacitly acknowledged this when he recently appealed to the two groups to put aside their “bitterness.” The near total absence of military officials in the Defence Ministry combined with a generalist civil service and considerable decision-making powers create problems on the civilian side. Paradoxically, the military enjoys considerable autonomy in its “internal functions” and suffers from an archaic organizational structure, which allows the Service Chiefs powers to make policy changes, often on a whim or opinion. In turn, due to the legacy of the disastrous 1962 Border war, which was blamed at that time on political interference, politicians rarely intervene. Put simply the unique nature of civil-military relations in India, described elsewhere as an “absent dialogue,” is structurally problematic, leading to considerable friction between the civilians and the military. The seed of this problem were sown in the early years after independence, and is a – albeit unintended – by-product of one of the greatest achievements of Indian democracy: civilian control of the military.

The tradition of firm civilian control was not predestined but rather the result of Nehru’s forceful and towering personality, combined with the military’s desire to be “apolitical.” Credit must also be given to Lord Mountbatten and Lord Ismay, who were the architects of the system of higher defense organization that was put in place. They recommended a system of committees that would enable frequent dialogue and exchanges between political leaders, bureaucrats and the military. However, as the Mountbatten papers now reveal the nature of civil-military interaction as it evolved initially concerned and ultimately exasperated Mountbatten.

Even after he left India Mountbatten was keenly interested in defense policy and maintained correspondence with Nehru and a number of senior civilian and military officials. Their correspondences reveal the tension and frequent disputes over seniority, conduct of business rules and ultimately power that divided civilian bureaucrats and the military. Mountbatten was concerned about the lack of military officials and expertise within the Defence Ministry and urged then Defence Minister Krishna Menon to address this issue. However his advice went unheeded. Ironically, during this time, the British were changing their higher defense organizations by undertaking defense reforms under Mountbatten’s stewardship. Even after failing to convince Nehru to usher in defense reforms, Mountbatten did not give up, and in later years, either directly or indirectly approached successive Prime Ministers including Shastri, Indira Gandhi, and just a year before his death, Morarji Desai. But all his efforts were in vain. The architect of India’s higher defense organization was undone by its practice.

One reason why the debate could not and still cannot move forward is a troubling lack of historical records; a direct consequence of not following a declassification policy. It is an open secret that the Defence Ministry and the armed forces do not adhere to the Public Records Act or the Public Record Rules and do not have structures in place that allow them to declassify. It is not even clear whether documents are archived and preserved properly or have been misplaced and even destroyed. While many have bemoaned this, what is perhaps not adequately understood is how it adversely shapes the quality of civilian control. Civilian bureaucrats, who in any case are not specialists, lack the ability to inform themselves adequately and constantly re-invent the wheel. As a result, they show a poor grasp and understanding of military matters and are unable to engage in an informed dialogue.

Many members of India’s strategic community have recognized these problems and offered some sensible policy measures to enable more harmonious civil-military relations. For instance, Admiral Arun Prakash, among many others, has argued in favor of integrating bureaucracies and fostering teamwork by cross-posting civilian and military officers. Recognizing the problems stemming from a generalist civil service, N.N. Vohra has advocated the creation of a civilian Ministry of Defence, or even National Security cadre. Almost all members of the strategic community have called for a more logical and mature declassification policy.

Unfortunately however, the political class has been noticeable for its absence in engaging with these issues. Although A.K. Anthony has been the longest-serving Defence Minister in a continuous stint (which should have provided some stability) his tenure has instead witnessed some of the most severe civil-military tensions. Political parties and the parliamentary standing committee on defence have all been remiss in their duties, as there has not been a serious debate on defense reforms, civil-military relations, and higher defense management. Instead, the debate, if at all, has been mainly focused on scandals – real and imagined, and personnel issues. It stands to reason, therefore, that unless there is forceful and informed political intervention, the weaknesses in India’s defense preparedness stemming from troubled civil-military relations will continue.

Anit Mukherjee is a CASI Postdoctoral Research Fellow. He can be reached at anitm@yahoo.com