"What Could Be the Legal Implications of Declaring Hindus a Minority in Parts of India?" M. R. Shamshad. Scroll.in, November 1, 2022 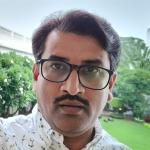 While framing the Constitution of India, 29 members of the Constituent Assembly participated in the debate over two days to articulate the provisions relating to the rights of religious and linguistic minorities, a part of the Fundamental Rights in the Constitution of India. Under Article 29, the rights are available to “conserve” distinct language, script, or culture. Under Article 30, all minorities based on “religion” or “language” have the right to establish and administer educational institutions of their “choice.” During these crucial discussions, a few members also pitched their voice to make this right available on a “community” basis. A group of lawmakers were not happy to only “conserve” their distinct language, they also wanted to add the term “development” to it. However, the terms “community” or “development” did not form part of the officially adopted Constitution.

This historical background is important in making sense of the contemporary politics of minorities, especially the demand that the Central Government declare Hindus as a “minority” in the few states in which they are numerically less in number. This claim goes against the generally accepted definition of minorities and the underlying principles of protection from majoritarianism in light of the fact that Hindus constitute 85 percent of India’s population.

At the same time, this claim has some legal basis as per the Supreme Court of India’s landmark judgement relating to minorities, delivered in the 2002 TMA Pai Case. Pai's case indicated that the languages were the basis for the creation of states in India and, hence, for the purposes of Article 30, a “linguistic minority” should be determined in relation to the State.

The position of “religious minorities” was also stated on a similar basis; the rights of minorities, in addition to the generally guaranteed rights of all citizens are not well accepted. One of the judges in the Pai case had also stated that the Constitution highlights the political context in which it was framed, and the political content of the special rights “were given to the minorities.” The rights of minority communities under the Constitution formed a part of the basic structure of the Constitution and were unamendable and unalienable. Hence, Hindus’ claims that their count should be taken at the State level cannot be avoided.

The interesting issue at this stage is that the Pai judgment is an acknowledgement of India’s multilayered diversity. The judgment established the fact that each person, whatever their language, caste, or religion may be, has their own individual identity, which is to be preserved so that when homogenized, it reflects the different geographical features of India.

On the other hand, we have a majoritarian government that has made sure that mostly Muslim minorities are kept out of the public bodies and imposed various employment conditions such that most Muslims and Christians do not get into the system. Their dress, eating habits, way of living, and religious disciplines have been attacked by these movements, with administrative and institutional support.

The present government has supported the “homogeneity” principle to achieve their desired definition of “nationalism,” based upon Hindutva, by making diversity a futile principle. Electronic media has created a facade to cultivate the narrative that the cultural practices, languages, and belief systems of Muslims and Christians are alien to India and must be excluded, while defining the “national” socio-religious character of the country. This type of nationalism is certainly not a good indication of an inclusive society.

Listing Hindus as minorities gives rise to two interesting questions. First, who is a Hindu? Second, does the Parliament have exclusive power in this regard and are State Legislatures competent to declare who is a minority?

In a 1966 ruling of the Supreme Court of India, a five-judge bench, speaking through Chief Justice of India P. B. Gajendragadkar, wrote that Hinduism (or Hindu) “does not worship any one God; it does not subscribe to any one dogma; it does not believe in any one philosophic concept; it does not follow any one set of religious rites or performances; in fact, it does not appear to satisfy the narrow traditional features of any religion or creed. It may broadly be described as a way of life and nothing more.” Later, in 1995, Justice J. S. Verma read this definition with the political term “Hindutva.” After this 1995 Supreme Court definition, most citizens were, by default, called “Hindus.”

Legislations like the Hindu Marriage Act say that Hindu law will apply to everyone if they are not a Muslim, Christian, Parsi, or Jew. Here also, the concept “Hindu” is everyone who does not fall within these four religions. Now the question is whether we can afford to have such a loose definition of a community that claims to be included in the definition of a “minority” relatable to protection under Articles 29 and 30 of the Constitution of India. At the same time, we have the Supreme Court instructing the Commission for Minorities not to encourage claims from different communities to be added to the list of notified minorities, and should suggest ways and means to help to create social conditions where the list of notified minorities is gradually reduced and done away with altogether.

Regarding the second question, being a quasi-federal framework of the constitution, in addition to the Central Government, the State has the power to recognize the diversity in language and religion of non-dominant communities in its territory. The Central Government appears to be vague and opportunistic; initially they took a stand in the Supreme Court that the Parliament and the State Legislatures both have concurrent powers in this regard. However, during the pendency of the same litigation, in a subsequent affidavit, the Centre stated that the power to notify minorities is vested with the Central Government. This stand of the Centre is bound to create friction within the federal constitutional framework. Needless to say, in addition to the Central powers, regional languages are subject to regulation by the Legislature of States.

All the laws affecting religious rights are the subject matter of public order and health, and are also within the State legislative powers. These two basic points of determination of a “minority”—language and religion—are within the concurrent jurisdictions of the State and the Centre. As a result, can we exclude the State from the power to declare a “minority?”

This reversal by the Centre shall only serve to concentrate the power within the Centre. It will also lead to multifarious issues such as the Central Government’s non-representation of different regions in the decision-making process. We cannot forget the fact that one of the basic features of our Constitution is the “federal” structure, which cannot be amended. Simply recognizing the diversity of India’s population at a local level is the best way for such determination.

Coming back to the existing regulatory provisions created by legislatures, the parliament enacted a law in 1992 through which the National Commission for Minorities was set up to evaluate the progress and the development of minorities, and monitor the working of safeguards in the Constitution for the protection of the interests of minorities.

As time has passed, this institution has proved itself to be of ornamental value rather than effectively protecting the interests of declared minorities. Its insensitive working is not different from commissions like the National Human Rights Commission, which was previously headed by a former Chief Justice of India and is presently headed by a former Judge of the Supreme Court. It will be interesting to see whether this Commission will change its way of functioning once the highest overall majority community in the country is added to the list of minority communities. In 2004, the National Commission for Minority Educational Institutions was created to enable educational institutions to seek their recognition as minority educational institutions, with the power of the Central Government to notify who was a “minority.” It left the determination of minorities to their subjective discretion. Accordingly, the Central Government declared six religious and linguistic communities as minorities (with no reflection of the Pai principle).

Articles 29 and 30 represented an agreement to ensure balance between religious majority and minority. The minority, especially Muslims and Christians, needed assurance for non-discrimination at the hands of a thumping majority. This provision is in consonance with the universal constitutional provision for the protection of minorities, similar to Other Backward Classes (OBCs) and Scheduled Castes and Scheduled Tribes (SCs and STs) who are afforded their own protection in a different place in the very same constitution. If this claim succeeds, India will become a global example that the most dominant religious and political community with authoritative political power in its hands also requires the help of constitutional safeguards from majoritarianism—safeguards meant to protect the nation’s most socially, economically, and politically vulnerable communities in the country.

M. R. Shamshad is a New Delhi-based practicing lawyer in the Supreme Court of India, as well as various High Courts in India.

This article is the first in a series of guest-edited IiT short series. The articles in this series attempt to map out various facets of Muslim political presence in contemporary India. More precisely, five thematic issues related to Muslim identity are systematically investigated: (a) Emergence of religion as an official category and its impact on competitive electoral politics. (b) The ever fluctuating legal-constitutional meanings of the term minority. (c) The nature of anti-Muslim violence and official response to it. (d) The changing political attitude of non-BJP parties. And finally, (e) Relevance of Muslim political representation in today’s India. In this sense, this series offers a different intellectual perspective to what is usually defined as Indian Muslim politics. The pieces in this series collectively assert that Muslim politics is not simply about the number of Muslim MPs and MLAs, nor is it entirely reducible to the voting behavior of Muslim electorates. The political engagements of Muslims, we argue, must be explored as an ever-evolving independent political discourse, which is not always primarily shaped by responses to the challenges posed by Hindutva politics. In this sense, the idea of New India, an official doctrine adopted by the BJP-led NDA regime as a policy framework, is recognized as a significant reference point. For this reason, we treat it as a watershed moment of Indian politics.
(Guest Editor: Hilal Ahmed, Associate Professor, CSDS, New Delhi; Associate Editor, South Asian Studies, journal of the British Association of South Asian Studies, UK)