The Workings of the Standing Committees of Parliament 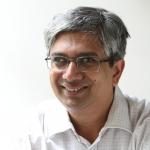 A democracy derives its legitimacy by functioning through its elected institutions. Parliament plays a central role in India’s democracy by performing several important functions. The Prime Minister (and the cabinet) require the majority support in the directly-elected lower house, Lok Sabha, at all times. Both Lok Sabha and the indirectly-elected Rajya Sabha scrutinize the work of the government through several procedures such as asking Questions in Question Hour and debates and motions on important national issues. Both have a role in making laws as well as the the power to amend the Constitution. However, only Lok Sabha needs to approve any expenditure of the government or a tax proposal.

The Houses typically meet for about seventy days a year to conduct their business. Beyond the visible work in the two Houses, a substantial part of the work is carried out by Committees. Parliament has recently reconstituted the departmentally related standing committees (DRSCs), which perform three important functions: examine bills referred to them; select specific topics related to the ministries and examine implementation by the government; and examine the budgetary outlays of the departments. Their performance affects the overall effectiveness of Parliament as an institution that makes laws, holds the government accountable, and gives sanction for public spending.

These committees fulfill several objectives. First, they help Parliament manage its business better. It is easier to examine a topic in depth by a committee of 30 than by an assembly of 700. Second, they enable input from experts and those who may be directly affected by a policy or legislation. For example, the DRSCs often invite comments from the public and call several people to testify before them. Third, being outside direct public glare allows members to discuss issues and reach consensus without worrying about constituency pressures. A related fourth advantage in the Indian context is that the anti-defection law does not apply to committees—therefore, decisions are not usually made on party lines. Finally, these committees allow members to focus on some specific areas and build their expertise, which helps them scrutinize issues more thoroughly.

How effective are these committees? The DRSCs were formed in 1993; prior to that, there was no systematic process to examine bills, and select committees were formed from time to time for some important bills. Other issues and budgetary demands were not examined in committees. Each DRSC focusses on a set of ministries and therefore, helps its members build sector knowledge. Currently, there are twenty-four DRSCs such as the Committee on Finance or the Committee on Transport, Tourism and Culture. Each has twenty-one members from Lok Sabha and ten from Rajya Sabha.

The DRSC usually invites many experts while scrutinizing bills. However, this is not always the case, even for bills with wide ramifications. For example, the DRSC that examined the Right to Education Bill, 2008 did not invite any expert witness; this bill guarantees free education to all children ages six to fourteen. Second, all bills are not referred to committees. Whereas during the period of the last two parliaments, 60 percent and 71 percent of all bills were referred to committees, just 27 percent of bills introduced in the current Parliament have been so referred. Though the rules mention that the Speaker of Lok Sabha or Chairman of Rajya Sabha refers the bill, this is usually done on the recommendation of the relevant minister. The composition of Rajya Sabha has helped improve scrutiny in some cases. The current government is in a minority in that House, and Rajya Sabha has, in a number of instances, formed a select committee to examine a bill that has been passed by Lok Sabha. Even a bill as important as the Constitution Amendment to enable the Goods and Services Tax was passed by Lok Sabha without reference to the DRSC; Rajya Sabha formed a Select Committee and several of its recommendations were incorporated into the bill that was finally passed. Third, the recommendation of committees are not binding. It is for the government or any other member to move the relevant amendments, which may then be voted upon by the House. The idea is that committees are a small part of Parliament which examine and make recommendations, and the full House has the authority and responsibility to make the final decision.

It may be relevant to highlight a new trend. Several bills piloted by the Finance Ministry have been referred to specially-formed joint committees of the two Houses rather than the DRSCs. Though one does not know the actual reason for this, one cannot but fail to notice that the DRSC is chaired by a member from the Congress while the joint committees were chaired by a member from the ruling BJP.

One major weakness of these committees is the lack of standing research support. These committees are supported by the general support staff of Parliament and do not have a dedicated set of researchers associated with them. While they can (and often do) reach out to outside experts, there is no internal expertise that can finesse such opinion. A related issue is the high churn in parliamentary membership. In each of the last three Lok Sabhas, over 50 percent of the members elected were first time MPs. As several of the experienced members become ministers, only a small pool of MPs gain subject knowledge by being in a committee for a long period of time.

A final issue relates to the transparency of the work of committees. All committees meet behind closed doors and only the final report is published, with summary minutes. There have been arguments that the meetings should be televised (as done for parliamentary proceedings) or at least the full transcripts be published. The counter-argument is that committees work as discussion forums and often reach consensus, as there is no pressure on members to posture for their support base. This would be lost if detailed proceedings were made public. A middle path would be to publish the submissions and evidence given by various experts and members of the public so that any advocacy is made more transparent while keeping the members free from constituency pressures.

The DRSC system has been a fairly successful experiment in India’s parliamentary experience. It is important to further strengthen its ability for detailed scrutiny of issues so that it helps parliament work better in its lawmaking and accountability roles. These would include mandatory examination of all bills, creating research teams, and improving the transparency of input from advocacy groups. Many MPs call these committees “mini-parliaments” and strengthening their working will have a significant impact on Parliament’s overall effectiveness.