SOAK: Mumbai in an Estuary

Amazon.com - SOAK: Mumbai in an Estuary 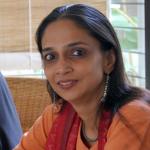 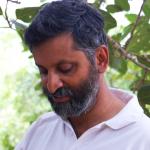 Is India a land drained by rivers in a system that begins in point sources on high grounds and flows to the sea or is it a terrain soaked and overflowed by rains that fall in complex ways across a thickened surface of soils, aquifers, life, and atmosphere? The former dominates word and image, fact and imagination. It is the taken for granted geography that provides the ground of ecology, technology, and history. This ground is, however, profoundly simplistic. It presents a terrain where water, despite falling across a surface, is given a place apart from land, a place that presumably confines its flux. Water, though, has always resisted this confinement and today with floods, pollution, and water shortages on the increase, we have a choice. We can continue to devise solutions to problems in a world of flows or we can change the model and explore a more complex India of overflows; a terrain of rains rather than rivers. Here, water is everywhere before it is wishfully contained by a river system. This terrain can be the basis of a very different language of human settlement, history, and ecology.

As natural as rivers are presumed to be, it takes a particular eye to see one; an eye capable of separating water from land. Maps show this separation as a drawn line in the manner that they depict the distinction of land and sea. However, unlike a coastline, which primarily divides land from open sea, the delineation of a river also works to contain a flow, confining it to a width and to a length from a source on high ground to its destination in the sea.

Today, lines of containment are essential to imaging and imagining rivers and India’s terrain. When historians and archaeologists speak of early civilizations on the banks of rivers, they speak with these lines in mind. When geographers describe a land mass drained by rivers, they see the same lines. When engineers devise embankments, dams, barrages, drains, diversions, and bridges, they work with these lines on the drawing board where such interventions are more easily conceived and the control of an already confined entity seems more certain. When surveyors measure the length of a river, they draw the center line of a flow, thereby confirming the lines of its banks. When urban designers envision cities on rivers they exploit these lines as “riverfronts.” When ecologists speak of a watershed, they see these lines gathering from multiple sources like branches of a tree and dispersing like roots into the sea. When scholars translate ancient texts or the spoken word, we dare say, they are already disposed to seeing a terrain marked by lines of flows. Ultimately though, these lines are most evident in flood when flows transgress them and, at the other extreme, in times of dryness when flows, despite their absence, hold their place with what surveyors call a riverbed.

Indeed it is difficult to see the terrain of India as anything other than a land marked by lines of flows. These lines are everywhere: maps, text books, folklore, historical accounts, descriptions, technology, policies, conversations, and plans.

Yet, there is another terrain, one soaked and overflowed by rains that fall across a surface in a reflection of the clouds above. Water in this terrain does not flow; it is held at a multiplicity of scales ranging from granular and cellular matter to interventions such as terraces, fields, wells, cisterns, tanks, and talaos. Each of these reach down through a depth of soils, rocks, and aquifers. The entire surface in all its thickness is called into wetness by the rains. This is a monsoon surface rather than a river landscape. Holding water is the norm; draining land is the exception. This is a difficult surface to map; indeed surveyors tend to avoid it. To them, the monsoon is today what it was to men of the English East India Company who developed the art and science of surveying in the 1700s, namely, a “foul weather season.” Rains blurred the line between land and water that they wanted to see with clarity. As such, they waited out the monsoon, preferring to map a fair weather landscape wherein the monsoon is a visitor rather than resident.

The key operator of a monsoon terrain is the “nullah.” Contrary to the common use of the term to mean “drain,” the nullah is the lowest point of a surface. This, though, is relative to the extent of the surface as it could be a patch around a plant, a field of such patches, a tank of fields, a terrain of tanks, and so on. The possibility of this multiplicity of surfaces within surfaces reveals the nullah as a phenomenon that intensifies holdings by increasing the grain of a surface, i.e., maximizing the number of “lowest” points. Here, water recedes with time into a multiplicity of smaller areas and it spreads with rain into many larger ones. These areas are each held by overflowing devices. When seen individually, these devices are simple structures built to allow a spill-over at a certain height. Seen collectively and in operation, they activate a surface that gathers and dissipates with a complexity and temporality that beguile the eye. They do not facilitate a river, a drain, or an overflow channel that flows through or by fields and settlements; they rather activate the ground of settlement itself as a complex surface of holdings. While some may refer to this surface as non linear, we prefer to call it a monsoon terrain where nullahs operate toward maximizing the holding of rains, building resilience against flood and drought.

What does it take to see the Ganga, Kaveri, Sabarmati, and the many other goddesses of India’s terrain that are confined today by lines in a river landscape, as monsoon terrains, i.e., as performative grounds operated by nullahs? It is a fundamental shift that involves recalibrating a surface beyond the land-water divide so as to hold rains where they fall and doing so at many scales as surfaces within surfaces. It will also involve cultivating this surface beyond the urban-rural divide with plants not merely for agriculture or horticulture, but to also filter and treat grey and black waters. This is a different model from one in a river landscape wherein settlements take water from rivers and send waste (treated or untreated) back in. But ultimately, this shift will demand the recognition of rains as one activator among many and the nullah as one surface among many in a monsoon terrain. Indeed when Gandhi, cautioned not to disturb the peace of the city, gathered people on the Sabarmati in a time of dryness, he activated a nation, reaching far beyond the surveyor’s riverbed. Some may refer to this dry time as a maidan, i.e., a surface open to games, bazaars, fairs, besides rallies such as Gandhi’s. It is important though to see that this maidan, like the nullah, is not a demarcated space within the city but one among multiple appropriations of an open terrain that works by the times of various calendars.

This multiplicity of a monsoon terrain is too complex for an eye driven to separate water from land, urban from rural, residence from commercial, and the many other land-use divides that simplify India’s terrain for the sake of clarity, largely because in clarity we tend to see control. It could also be for lack of an alternative visualization of terrain. Here, the monsoon, seen with an eye prepared to de-stigmatize the nullah of the untouchability that has simplified and consumed it in a river landscape, offers a new beginning.

Anuradha Mathur is an architect and landscape architect. She is Associate Professor and Associate Chair, Landscape Architecture Department, University of Pennsylvania.

Dilip da Cunha is an architect and planner. He is a faculty member at Parsons School of Design, New York and at the University of Pennsylvania.

Mathur and da Cunha have focused their artistic and design expertise for the past decade on cultural and ecological issues of contentious landscapes. They are the authors of Mississippi Floods: Designing a Shifting Landscape (New Haven: Yale University Press, 2001); Deccan Traverses: The Making of Bangalore’s Terrain (New Delhi: Rupa & Co., 2006) and Soak: Mumbai in an Estuary (New Delhi: National Gallery of Modern Art / Rupa & Co., 2009).Email: mathur2@design.upenn.edu