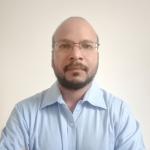 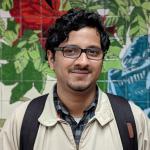 In May 2020, in the backdrop of the migrant housing crisis triggered by the COVID-19 pandemic, the Ministry of Housing & Urban Affairs (MoHUA) announced the Affordable Rental Housing Complexes (ARHC) scheme for urban migrants. This policy intervention became the fifth initiative under the Pradhan Mantri Awas Yojana – Urban (PMAY-U) and forms the only scheme directed at rental housing provision. The ARHC scheme augurs a much-needed shift in the tenurial focus of PMAY-U from homeownership to rental housing in public housing policy. Keeping in mind the housing needs of urban migrants, the scheme promises to provide affordable rental housing alternatives by aggregating the demand of migrants for any given site.

We examine the operational guidelines proposed for the ARHC scheme to deliberate upon potential implementation challenges in light of the varied housing needs of urban migrants. By examining these guidelines in relation to policy history and field studies of housing schemes, we comment on the feasibility and effectiveness of different aspects of policy design of the ARHC scheme and find that it falls short of capturing the dynamic nature of housing demand for the migrant poor. We argue that, in order to be effective, the design of the scheme must engage in participatory consultations with well-defined target beneficiaries.

Housing Needs of Migrants
Studies find that migrants adopt an incremental housing approach in destination cities, which leads them to seek relatively inexpensive rental accommodation in an existing informal settlement. The flexibility offered by rental housing is particularly useful in the context of informal employment with little job security, no formal social security benefits, low and irregular incomes, and high mobility. The rented space is not just a dwelling, but also has the potential to be a worksite, a platform to access resources in the city, and a place to anchor immigrating kin—all of which, together, constitute “housing.” This overall process of incremental housing and the possibility of multiple functional utility is available to poor migrants through informal housing. However, tenure security in informal tenancy relations is precarious and gives private landlords arbitrary power over tenants. A public rental housing program like the ARHC scheme could make a positive impact in this situation, but only through an engagement with this complicated reality.

The ARHC scheme typifies a reactive policymaking approach wherein the government has responded to the problems triggered by the COVID-19 pandemic. This places policymakers at a disadvantage, where problem-solving has to be approached with limited time and resources. Thus, the policy runs the risk of being under-designed or over-designed in the absence of participatory and collaborative consultations with various stake-holders. A participatory approach is imperative especially in the case of migrant households employed in the informal economy, owing to their need for a range of housing options in terms of location, typology and affordability.

Past Rental Housing Schemes
ARHCs are not the first attempt to build public rental housing for urban migrants. The oldest of these schemes implemented by the Bombay Development Department (BDD) dates back to the 1920s and was targeted at migrant millworkers. Commonly known as BDD chawls in Mumbai, the state government in 1921 assumed the responsibility of constructing single-room tenements. As noted in the First Five Year Plan of India (1951-56), the BDD started with an ambitious plan of constructing 50,000 tenements, but the project had to be halted after building merely 15,000 due to the mounting construction costs and the inability of the beneficiaries to afford the rent amount. Almost a hundred years later, in 2008, the Maharashtra state government introduced a similar rental housing scheme for migrants: the Mumbai Metropolitan Region Development Authority – Rental Housing Scheme (MMRDA–RHS). This scheme had an ambitious target of constructing half a million single-roomed tenements within a span of five years, from 2008 to 2013, using a Public-Private Partnership (PPP) approach. Eventually, the project was rendered untenable due to various factors such as uninhabitable density targets, lack of interest by private players, and lack of capacity of the public agency to manage rental housing stock. Both the schemes discussed here exhibit a discernible shift of government approach from a state regulated housing provision of BDD tenements to the MMRDA–RHS scheme resting on private player participation. The MMRDA–RHS experience demonstrates how overreliance on the private market may inhibit the implementation of the ARHC scheme in the case of low participation from private players. In general, the policy history shows a recurring pattern of ambitious designs which remain unrealized either because they do not match the needs and capacities of beneficiaries, or they lack buy-in from private stakeholders despite offering handsome incentives.

Challenges Confronting the ARHC Scheme
After a close reading of the policy documents in light of these observations, we identified multiple challenges that may hinder the implementation of the ARHC scheme. First, instead of direct intervention by the state, the ARHC scheme depends heavily on other market players for implementation. The scheme mentions that implementation agencies need to carry out repairs of old vacant government houses or build new housing units. As discussed in the context of MMRDA–RHS, the scheme may run the risk of getting no takers from the private sector. Second, the policy documents do not discuss the means-testing method to identify the potential beneficiaries of the scheme. As there is no explicit income criteria mentioned for eligibility, it may lead to the scheme missing the most vulnerable migrant populations in favor of those who are relatively better off. Third, the dwelling unit allotted to an individual can only be used for residential purpose and no commercial activity is allowed inside the premises. This condition stands in contrast with the way of living for many urban migrants for whom dwelling space is also a site for carrying out home-based work. Fourth, the scheme offers no flexibility to individual beneficiaries who will invariably plan to expand their family and life in the city. Migrants usually adopt an incremental housing process which allows them a cost-effective and flexible housing option in urban settings. Finally, by eschewing a participatory process, the scheme does little to empower the migrants in terms of their access to housing. Instead, the scheme heavily favors private actors such as real estate developers, job contractors, and informal employers who already exercise disproportionate control over the lives of migrants.

We believe that the ARHC scheme will certainly find substantial demand among urban migrants. However, we suggest an inclusion of a clearer definition of the targeted group and a suitable means-testing method for screening the eligible beneficiary in order to reduce the unintended consequences of the scheme. Furthermore, closer attention to the specific nature of the targeted group’s demand through participatory methods is imperative for aligning the policy goals with the needs of the people. Based on these clarifications, a more robust and dynamic model for rental housing provisions and ensuring affordability can be accomplished.

Manav K (manav_k@iitb.ac.in) is a Ph.D. candidate at the Centre for Policy Studies, IIT Bombay, researching in the domain of affordable housing policy and housing rights.

Indivar Jonnalagadda (indivarj@sas.upenn.edu) is a Ph.D. candidate in Anthropology and South Asia Studies at the University of Pennsylvania, researching urban informal settlements, citizenship, and property relations.