On the Other Side of Exodus: The Case of the Kashmiri Sikhs 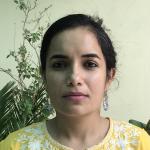 On March 20, 2000, armed renegades cold-bloodedly murdered thirty-five Sikh men in Chitti Singhpora village in South Kashmir on the eve of US President Bill Clinton’s visit to India. A “micro-minority” in Kashmir, the violence was a first for the Sikh community, who have lived for generations alongside their Muslim counterparts in harmony in the Valley—one of the three distinct regions of Jammu & Kashmir (J&K), which has borne the major brunt of insurgency. Although the reasons behind the violence and the identity of the perpetrators remain shrouded in mystery, Kashmiris—both Muslim and Sikh—believe that its intent was to create communal fault lines and drive out the Sikh community. Yet, nineteen years later, as they still await justice, the Sikhs have stayed on.

As India debates the recent abrogation of Article 370 and the conversion of J&K into a union territory, one of the most resounding justifications for this unconstitutional move by the Modi government has been the correction of a historical wrong—the exodus of Kashmir’s other minority community, the Kashmiri Pandits, who left the Valley overnight in January 1990, following violent threats made against Kashmiri minorities.

While shameful and unjust, the displacement of Kashmiri Pandits is not a unique outcome of identity-based violence—violence targeting a particular community on the lines of ethnicity or religion—in India; it is, in fact, the norm. Whether one looks at Nellie (Assam), Delhi, Ahmedabad (Gujarat), or Muzaffarnagar (UP), identity-driven conflicts (on the lines of ethnicity or religion) almost always lead to displacement of the violated community. Given this, why is the Kashmiri Sikh case different? How do we understand Kashmiri Sikhs’ decision to continue living in Kashmir?

Now, more than ever, this is an important question to ask, in order to challenge the communal narratives accompanying the Pandit exodus and Kashmiris’ struggle for self-determination, and that one hears resonated in the celebrations following abrogation of Article 370.

Using evidence from ethnographic fieldwork completed between March and October 2018, I show that the decision to stay in the Sikh case is driven by a combination of economic necessity, attachment to land, and distrust of India. Furthermore, while harm from violence is a general concern, religious persecution is categorically stated as a non-issue. Despite violence, Sikhs and Muslims continue to cohabit neighborhoods in close proximity to one another.

The Kashmiri Sikhs
A microcosm of India’s famous “unity in diversity,” the Valley is home to several distinct religious and ethnic communities. While Muslims comprise approximately 96 percent of its population, Hindus comprise 2.5 percent and Sikhs a mere 1 percent. Predominantly an agrarian community, Sikh households own anywhere between 5-180 kanals (0.5-22.5 acres) of land, on which they grow rice, beans, and vegetables (non-cash crops) in addition to apple orchards and walnut trees (cash crops).

The largest of 14 Sikh villages in Anantnag district in South Kashmir, Chitti Singhpora is home to around 400 Sikh households, which form its core, and 30-40 Muslim households, which live along its peripheries.

Never before the target of violence, the Chitti Singhpora attack came as a shock to Sikhs and Muslims alike in the Valley. Believing they were finally the target of militants, Sikh community leaders deliberated migrating en masse like their Pandit counterparts in the immediate aftermath of the massacre.

Explaining Sikh Rootedness in Kashmir
But nineteen years on, with hopes for justice fading and violence on the rise again, the majority of the community still remains rooted because economic prospects outside Kashmir, for a community whose main source of income is its land, are dim. Harjant Singh, a government worker in his fifties, says: “Assi kyun rahe ethe? Saddi compulsion hai… zameena” (Why did we stay here? We are bound…by our land). Pashaura Singh, a young officer in the Finance department, too, explains that Sikh rootedness comes down to two things—land and government jobs. Almost all urban Sikh families have at least one government “mulazim” (employee), making leaving an unfavorable option.

Although several families have sold small parcels of land to buy property in the adjoining Jammu region to construct housing “je halaat zyada kharab ho gaye” (if things get too bad), many Sikhs don’t perceive a personal threat from the insurgency. Sikhs insist that it is not religious persecution, but the economic distress resulting from the violence and the frequent shutdowns in the Valley, that will eventually make them leave. Gurpal Singh, a thirty-five-year old engineer who works as a primary school teacher because engineering positions are hard to come by, and has two young school-age daughters, clarifies, “Jad tak twada income source nahi milega, tussi kithe nahi rehe sakde” (until you have a source of income, you cannot stay anywhere).

Gurpal’s family owns 120 kanals (about 15 acres) of land. But for him, this land is not just an economic asset; it holds meaning. On it, he says, is spilled the blood of seven family members who were killed in the post-partition violence. Sher Singh, a forty-year old forest department employee, whose father and uncle died in the massacre, too, feels leaving will be a betrayal to his father, “jithe sadde Daddy chale gaye te othe asi vi jawange” (our father was martyred here, we will die here too). Jasbir Singh, a seventy-two-year old horticulturist who takes great pride in his rare organic apples, remarks, “Humein koi aur kaam aata hi nahin (we don’t know how to do anything else)…I can only make beautiful apples.”

Importantly, while the older generation cites economic necessity and attachment to their land as reasons to continue living in Kashmir, the younger generation of Sikhs prefer to remain rooted for fear of religious persecution in India.

Jaspal, a nineteen-year old activist and convener of a group disseminating Sikh political and religious education, explains, “Ethe sanu respect mildi hai” (we feel respected here). Amanpreet, a twenty-year old student and Sikh activist, reciprocates this sentiment, noting that if anything happens to the Sikhs here, the entire political leadership “will come within minutes and apologize.” These youngsters’ antagonism towards India stems from the Indian state’s brutal attack in 1984 on the Golden Temple in Punjab to evict Sikh extremists demanding a separate homeland, and the denial of justice to Sikh families persecuted afterwards in the 1984 anti-Sikh riots.

The respect they are accorded by Muslims for their religious way of life, and the recent attacks on Sikhism by right-wing Hindu extremists in Punjab, make younger and older Sikhs alike, feel safer in Kashmir.

The Way Forward
The politics of the Pandit exodus and the ensuing communal discourses in its aftermath conveniently ignores stories of the other side: minorities who continue living in Kashmir.

While their exodus was near-complete, Nishita Trisal documents the experiences of nearly 7,000 Pandit families who did not leave the Valley due to economic constraints or attachment to land. By their own account, these families, like the Sikhs, face no religious persecution, but have little economic opportunity; they are passed over for migrant families who have received generous government support recognizing their hardships. Despite Chitti Singhpora, the Sikhs’ biggest worry, too, is not religious persecution but economic hardship. No wonder then that their most common lament is, “sadde bachiyan nu job nahin mildi ethe… 10,000 posts wichon ek Sikh nu mildi hai” (our children are not given jobs here… if there are 10,000 posts, only one is for a Sikh).

If indeed the abrogation of Article 370 will bring economic gain to Kashmiris, the government’s “development” approach now, must not ignore the economic hardships of micro-minorities like the Sikhs and remaining Pandits (and, of course, the majority Kashmiri Muslim community) at the expense of the migrant Pandit community, which already receives government benefits disproportionately. As it mulls strategies to repatriate migrant Pandits, the government must also acknowledge these clearly articulated concerns and costs of conflict borne by those who have continued living in the Valley despite violence. To prevent further exodus, it must really move beyond communally motivated policy responses that threaten demographic restructuring in the Valley.

Khushdeep Kaur Malhotra is a 5th year Ph.D. candidate in Geography and Urban Studies at Temple University. Data for this article are drawn from interviews the author conducted between March-October 2018 in Kashmir Valley, as part of her dissertation research.