Computer Education in a Connected World: The Vulnerability of Students Coming Online 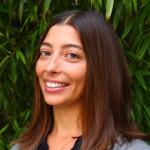 In summer 2015, Indian Prime Minister Narendra Modi delivered the inaugural speech for the launch of Digital India, his program to “transform India into a digitally empowered society and knowledge economy.” In the speech, Modi announced that “IT + IT = IT” or, as he elaborated, “Indian Talent + Information Technology = India Tomorrow.” Modi went on to say that technology is the most important thing India should teach its children. While only 35 percent of India is currently connected to the Internet, the country has garnered attention in recent years for the widespread adoption of low-cost mobile phones and the surprising availability of technical training, much of which is found at ubiquitous small private computer training centers. My research—focused on such institutes—shows that they not only open doors for opportunity but also for increased risk, especially for marginalized students.

India’s focus on technical fluency in pursuit of economic progress is not new. It has its roots in the Nehruvian technical vision of the nation. An integral part of these plans, dating back to the 1960s, has been its institutes of technical education. The most famous, the Indian Institutes of Technology or IITs, rank among the best universities in the world and regularly send their alumni to work at tech giants worldwide. However, the percentage of students who receive this stellar public education is infinitesimally small. Moreover, and partially as a result, those who have made it in the IT industry are overwhelmingly Hindu, upper caste, and upper class, as several recent studies have shown.

Eschewing the elite institutions and large tech companies that dominate scholarship on IT in India, I conducted fifteen months of ethnographic research at two institutes in two neighborhoods in Hyderabad, India from 2014-16. By “basic computer training center,” I refer to institutes that offer one to six-month courses in basic technical skills related to computing: typing skills, Microsoft Office, up to an introduction course on basic accounting software. These computing courses are distinct from those that teach higher-level skills such as web development. Courses like these have become pervasive and are attended mainly by students hailing from lower socioeconomic strata who complete these certificates in addition to, or alongside, their college degrees. These students have been told—implicitly and explicitly—that a certificate verifying computer skills would be necessary for many entry-level jobs. These courses are run by mom-and-pop shops, NGOs, and larger corporations. Given the wide variety of management, these institutes vary widely in quality, and quality control is crucially important. Although they abide to government-regulated curriculum, the teaching styles, career mentoring, and social networking vary drastically among institutes.

One reason these certificate courses have boomed is the proliferation of private colleges and the subsequent dilution of college degrees. The history of the privatization of colleges in Hyderabad is crucial to understanding the emergence and prominence of these basic training institutes, as well as the ways in which class, religion, caste, and gender shape higher education and the job market. Many of the students I met in these training centers were concomitantly pursuing their engineering degree at a college or had just received their degree. While I was at first surprised that, after receiving a Bachelors in Technology, training at a small institute would be necessary, it soon became clear that, outside of degrees garnered from elite institutions, this was often the case.

My research in Hyderabad illustrated that in addition to being able to type and create a poster with different fonts, other skills such as being able to evaluate fact from fiction and look up information on the Internet are equally important for marginalized groups to be able to navigate today’s world and job market. An ideology of computer education assumes that it will better the economic and social well-being of anyone who acquires such skills, but we know that job markets are intensely social and uneven—and my research shows how students’ knowledge of technology at times heightened the experiences of gender, religion, or caste, rather than erasing them. This was true, in part, because without other skills such as discerning information online, already vulnerable groups were at increased risk when introduced to new ways of communicating and learning online.

Take, for example, the story of Abdullah. Abdullah was a young man in his early twenties who had completed a Bachelor’s in Technology, yet was one of the many who had neither much experience with computers nor any job offers. He grew up and completed college in a rural community outside of the city, but came to the city for the computer-training course. Halfway through his three-month course in typing, Microsoft Office, and email, he received a job offer through his newly-setup email account. The job offer was in America and he was going to move there in a few months; he wanted me to assure him that the salary was going to be enough to support his life abroad.

I asked him to forward the job offer email to me and I immediately recognized it as spam. The offer was to work for a cruise ship company based out of Miami. I contacted the company and asked about the job offer; they confirmed it was false and that they were aware of the hoax. However, Abdullah had never heard of “spam” and the misspellings and odd salary numbers didn’t register as off. Furthermore, his college friend also received an offer and he thought, based on the high number of Indians earning tech degrees and working in America, that he too was receiving this offer. The spammers set up a fake office for the company in Delhi, to which Abdullah traveled the following month and handed over 50,000 rupees for an American visa he never received (he did, fortunately, retrieve the money later).

The Mozilla foundation—a leading institute working on identifying and building a technical literacy curriculum—recently proposed what should be considered “21st century skills” necessary for success. This foundation broke down broad categories such as Web Literacy or Problem Solving into discrete skills. They have identified the abilities to evaluate material and protect oneself online as critical to Web Literacy skills, and they consider these skills essential to online reading and communication.

Abdullah’s story is just one example. But it sheds light on how both quality control and broader technical literacy skills are necessary to prevent technical training from exposing already vulnerable students to increased risk. His example challenges an overly simplistic presumed direct relationship between accessing the Internet, technical education, and upward economic mobility. India needs to expand its definition of technical literacy for the 21st century and work to regulate the curricula of the ubiquitous computer training centers if it wants to equalize opportunity for all.

Kathryn Zyskowski is a doctoral candidate in sociocultural anthropology at the University of Washington.