No Good Choices for the Indian Air Force 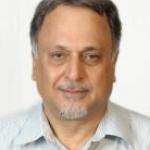 In the Medium-range Multi-Role Combat Aircraft (MMRCA) sweepstakes, the Indian Air Force (IAF) is confronted with many choices, all of them bad. Whatever the IAF’s reasons for wanting a new aircraft, the Indian government means to use the deal to make international political capital, gain leverage in bilateral relations, and cement a strategic partnership. The Air Staff Quality Requirements – insofar as these can be deduced – are opaque. Is the IAF in the market for an aircraft to carry a heavy weapon load over a long distance in extended regional operations, or for a warplane to augment its existing strength in localized air defense, strike, and similar short-legged, Pakistan-centric, missions? This fuzziness, deliberate or not, will help the government to make the final selection, based less on technological trends or performance parameters than on the basis of which purchase best serves the country’s larger strategic interests. Be that as it may, the candidate aircraft are currently undergoing flight tests in diverse Indian conditions – desert, high altitude, and high humidity – to determine their utility. If the aim is to get the maximum political bang for the buck for the $10.4 billion for a fleet of 126 MMRCA and the lucrative opportunity to sell other military hardware in the future and to enhance the supplier country’s political influence and its trade, technology, and military footprint in India, Delhi better secure a lot more than just some flying machines.

The irony is that India’s desire for a new fighter plane is in the context of even the cutting edge manned aircraft obsolescing so fast as to become expensive museum pieces before they serve out their 30 year life span with the IAF. Had the IAF been visionary in its approach, it would have foreseen the end of the “man in the loop.” Absent such an outlook, it might have taken the cue from, say, the U.S. Air Force, and opted to be ahead of the technology learning curve by investing in an armada of ballistic and cruise missiles and multi-purpose drones or remotely piloted vehicles (RPVs), while retaining a small but powerful residual strategic manned combat aircraft capability. As a habitual laggard, however, the IAF seems satisfied with equipping itself fully for yesterday’s war.

Worse, unlike the Indian Navy with its warship directorate, the IAF has no in-house expertise in designing aircraft and never acquired a stake in indigenous manufacture. Indeed, it took perverse pride in stifling Indian aircraft projects just so it could continue to avail of more sophisticated imported warplanes. Thus, for example, the follow-on aircraft to the HF-24 Marut fighter that the famous wartime German Focke-Wulfe designer Kurt Tank originally developed for the IAF in the 1960s, was not allowed to get off the drawing boards. India’s first Prime Minister, Jawaharlal Nehru, had obtained the services of Tank a decade earlier in order to seed an aircraft industry in the country. India therefore made do with licensed production of the British Gnat and Jaguar and the Russian MiG-21, MiG-27, and MiG-29. However, because the supplier countries never provided source codes, etc., no real design-to-delivery capability evolved in the country. This is important because the MMRCA contract includes transfer of technology and local licensed manufacture which, other than hugely inflating the cost of the deal, will not benefit the country much. If the MMRCA has to be bought, it would be advisable to buy the whole lot of 126 aircraft off the shelf, resulting in heavily discounted unit cost and massive stockpile of spares. It will, moreover, prevent wasteful expenditure on establishing local production facilities which, in turn, will end up coupling the IAF to antique technology well into the future.

For the record, the Boeing F/A-18E/F Super Hornet, the Lockheed Martin F-16 IN (“Block 70”), Dassault’s Rafale, the European Consortium EADS’s Typhoon Eurofighter, Saab’s Gripen IN, and the Russian MiG-35, are in the running. Curiously, the most cost-effective solution – inducting more Sukhoi Su-30 MKI aircraft to meet the MMRCA demand – is not even on the table. Already in the Indian air order-of-battle, its development financed in the mid-90s by India, the Su-30, value for money-wise, is the best fighter-bomber in the business. Performance-wise, it can only be bettered by the F-22 Raptor. Dispassionate analyses suggest that it matches or surpasses either of the American aircraft in the race and, in its more advanced configuration, can outperform even the Joint Strike Fighter F-35, a plane Lockheed Martin have promised to replace the F-16 with on a “one for one” basis were India to buy the latter aircraft. Notwithstanding all these factors, the IAF believes the Su-30 MKI is “simply not good enough!”

Whatever the merits and demerits of the aircraft in the fray and the other allurements offered by the supplier states, the Gripen, Rafale, and Typhoon are unlikely to make it to the shortlist. Transacting with Sweden, France, and the Western European countries will not fetch India the same political and strategic returns as engaging with the United States or Russia. Moreover, because the Indian Armed Services have a record of choosing equipment from a supplier country the government prefers, the suspicion that the MMRCA decision will be driven by considerations of international politics, gains credence. The test data available from putting the various aircraft through their paces will, in the event, be the means of winnowing the field without alienating anybody too much.

If political and geostrategic factors are important, then the decision becomes a lot trickier for Delhi to make. The upside of buying American is obvious: it will give teeth to the military cooperation arrangement, emphasizing, among other things, inter-operability of military systems envisaged by the 2005 Defense Framework Agreement that both countries see as central to containing an ambitious and fast-growing China. The Russian military cooperation with India has also been predicated on the joint need to deal with the common Chinese threat. Buying the F-16 or F-18 will upset Moscow, which perceives the MMRCA decision as something of a litmus test of its continued good standing with India. By way of raising the costs to India of making the wrong choice, the tourniquet of spares and servicing support could be applied across the board, resulting in a rapid degrading of the readiness aspects of the Indian military. Indian armed forces still depend on Russia for about 70 percent of their equipment needs. The souring of the Russian attitude towards India, moreover, may have other consequences as well, such as a cutback in the Russian involvement in many high value military technology collaboration projects, raising of the acquisition costs of other items, and delays in the contracted delivery of, say, the nuclear-powered hunter-killer submarine Akula on lease, and the aircraft carrier Gorshkov. Additionally, depending on how seriously Moscow takes this “affront,” there is the possibility of Russia making common cause with China in denying India a permanent seat in the UN Security Council, a seat India craves.

Delhi will have to make a judgment call on two things: on the United States as a reliable strategic partner and military supplier, and on the implications of such a supplier relationship for India’s independent posture. In this equation, Russia is the “known devil,” a longstanding purveyor of goods that the Indian military and bureaucracy have become familiar with over the last four decades. The U.S., on the other hand, is an unknown commodity, insisting that its partners adhere to its policy guidelines and with a worrying record of violating contractual, even treaty, obligations and treating its military customers in a high-handed and arbitrary manner. India has experienced American willfulness in the supply of the low enriched uranium fuel for its Tarapur nuclear power plant. Should Delhi opt for an American aircraft, it will have to be perennially mindful of U.S. concerns. Even so, there are no guarantees that the U.S. Congress won’t retroactively amend laws preventing spares support for the F-16s or F-18s, thereby virtually instantly grounding the Indian MMRCA fleet. In a crisis, this could be devastating. India is on the horns of a dilemma, confronted by choices that are neither good nor easy.

Bharat Karnad is a Research Professor in National Security Studies at the Centre for Policy Research, New Delhi. He is a CASI Fall 2009 Visiting Scholar.He can be reached at bh_karnad@yahoo.com