Regulation of Medical Devices in India 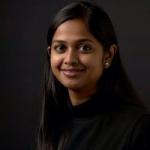 Medical devices form a $200 billion global industry, which develops and manufactures essential healthcare equipment ranging in complexity from simple devices like thermometers and stethoscopes to complex devices like pacemakers, ultrasound machines and surgical robots. India’s medical devices market was worth $3 billion in 2011 and grew at roughly 15 percent annually in that year. It is expected to grow at a 16 percent compounded annual clip during the 2010-2015 period, far better than the 2-3 percent growth expected in this sector in the U.S. and Europe. This has put India among the top three emerging markets for direct investment by large medical device multinational companies. Currently, over 75 percent of medical devices sold in India are imported, though India enjoys significant global market share of some medical products, such as the low-cost intra-ocular lens manufactured by Aravind Eyecare. With a population of over 1.2 billion people, the $3 billion market translates into an extremely low average expenditure on medical technology: less than $2.50 per capita. This under-penetration presents a compelling market opportunity for companies looking to bring new medical technology products to India.

Medical devices are part of a heavily regulated global industry and regulations touch every stage of the lifecycle of a medical device: research and development, clinical trials, premarket approvals, manufacturing, labeling, and ultimately marketing. Under the U.S. Food and Drug Administration (FDA) and the European CE Marking agencies, medical devices are regulated for quality and patient safety under a separate pathway from pharmaceutical drug regulations. Medical device regulation, prior to sale, is relatively new in India, although pharmaceuticals have been regulated by the Central Drug Standard Control Organization (CDSCO) since 1940, under the Ministry of Health and Family Welfare. The Indian government proposed regulatory guidelines for pre-market approval of  medical devices in 2008, through amendments to the 1940 Drug and Cosmetics Act (DCA).  New guidelines on applying drug rules to medical devices were introduced in 2012, and an updated bill will be presented to the Indian Parliament in 2013. The new bill is expected to bring all medical devices sold in India under the purview of the government agency charged with regulating medical devices: the Central Licensing Approval Authority (CLAA) under the CDSCO.

Whereas the DCA was originally meant primarily for drugs and pharmaceutical products, the new regulations attempt to regulate medical devices as a sector separate from drugs. Based on advice from the World Health Organization, the FDA, The Global Harmonization Task Force and industry experts, medical devices are classified by risk. In general, higher-risk devices are subject to stricter regulations and a more stringent pre-market conformity assessment process.

For the moment, however, the CLAA only requires certain categories of devices that have been the subject of notifications in the Official Gazette of India (twenty-one device categories in total) to register with CDSCO. These include cardiac stents, bone cements, intra-ocular lenses, orthopedic implants, and heart valves. Since CLAA currently requires pre-market reviews of only certain devices, all other devices do not require registration prior to sale in India. Imported medical devices on the notified list that have already obtained approval in the United States (by the FDA) or the European Union (by CE Marking) are allowed on the Indian market without undergoing separate conformity assessment procedures.

Relatively ineffective regulation translates into fewer bottlenecks in the development of a new product. The lack of regulation increases the ease with which these devices get pre-market approval when compared to a sophisticated regulatory regime with more stringent criteria for obtaining approval. However, this environment also creates a lack of credibility for medical products in the eyes of clinicians, their patients, and the investors who may be interested in funding these products and companies. Until standards are properly implemented across the board, it will be difficult for doctors and others making procurement decisions to determine which products are truly worth purchasing.

Regulations affect not only product marketing but also issues such as import and export of devices. As mentioned earlier, over 75 percent of medical devices sold in India are imported, primarily because taxation is skewed to favor imports. Currently, import duty on medical devices averages about 10 percent, which is usually passed onto consumers. As the product is imported on a SICOI (sale in the course of import) basis, value added tax (VAT) is not applicable. However, if parts and equipment were imported for the manufacture of medical devices domestically, a similar import duty would apply, plus excise and VAT. This means taxation on domestically-produced products is much higher than the 10 percent duty paid on finished, imported medical goods. The Association of Indian Medical Device Industry (AIMED) has been petitioning the government to change the tax structure on locally made products to incentivize the domestic medical device manufacturing industry. They are also lobbying for changes to the taxation structure of medical devices with an eye to making it uniform across different states.

While the lax regulatory environment in India can be beneficial for innovators and entrepreneurs, changes to the regulatory regime are required for several reasons. First, an unregulated market cannot protect the patient from unsafe products, and this hinders the growth of the sector as a whole. Secondly, approval of products is a differentiator in the marketplace, allowing better and safer products to be successful. This benefit is lost to the innovator of a novel device in the absence of regulation. Finally, the current tariff and import duty structure dis-incentivizes indigenous medical device manufacturers because of the low duties on finished imported goods, resulting in a large trade deficit in medical technology. The first step towards a better regulatory regime is the approval of a medical devices regulation bill which creates a system of control, separate from that of drugs, for quality, safety, and efficacy of medical devices in India.

Ritu Kamal works at Stanford University’s Biodesign Program, focusing on medical technology development for emerging markets. She was a CASI Research Associate in 2008-09. She can be reached at ritu.kamal@gmail.com