"United States and India: Prosperity Through Partnership," The White House: Office of the Press Secretary, June 26, 2017

"Fact Sheet: The United States and India — Prosperity Through Partnership," The White House: Office of the Press Secretary, June 26, 2017 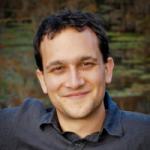 The June summit between President Trump and Prime Minister Modi concluded with a palpable sigh of relief from policy experts in both the United States and India. Far from the awkward encounter that some had feared, the leaders’ first face-to-face engagement was strikingly positive in tone and substance. One of the key outcomes that emerged from the visit was a welcome sense of continuity in the U.S.-India defense and security relationship. With a number of contentious bilateral economic issues still unresolved, there is reason to expect that the security dimension of the partnership can continue to serve as the vanguard of U.S.-India cooperation in the coming years.

The growth of the defense relationship has been nothing short of astonishing. In the span of about a decade, defense trade shot from $1 billion to over $15 billion. The U.S. and India take part in numerous and complex combined exercises, and the U.S. government now authorizes the sharing of sensitive technologies with India on a level commensurate with America’s closest allies. There has also been a (somewhat under the radar) substantial deepening of the security partnership, with a focus on counter-terrorism cooperation and intelligence sharing.

This cooperation, while meaningful, does not move quickly. The bilateral defense partnership has proven to be a low velocity, high inertia affair—slow, steady, but unlikely to change course absent a major disruption. This has been due, in part, to the fact that it has been undergirded by a common view of the balance of power in the Indo-Pacific, and a shared concern over China’s rise and reach across Asia. It has also benefitted from a domestic consensus in both countries for strong bilateral ties.

The joint statement released by Trump and Modi underlined and indeed broadened this strategic rationale for defense cooperation. Citing a set of “common principles” such as respect for international law and state sovereignty, the statement reaffirmed the imperative for U.S.-India cooperation across Asia embodied in the groundbreaking 2015 Joint Strategic Vision. It added to this a particular focus on freedom of navigation; an implicit critique of China’s Belt and Road Initiative (BRI), reflecting a shared concern that China will utilize its investments in the Indian Ocean region to limit the independence of smaller countries such as Sri Lanka, Bangladesh, and Myanmar; and a forceful section on North Korea that hinted at a common view of China’s obligations to restrain its neighbor.

Capitalizing on India’s status as a Major Defense Partner of the United States (announced last year), Modi and Trump highlighted avenues for further cooperation. These included deeper collaboration on maritime domain awareness, which would likely build on the “White Shipping” agreement that allows for sharing of unclassified commercial shipping data; and investment in the annual U.S.-India-Japan MALABAR exercise, which the president pointedly described as “the largest maritime exercise ever conducted in the vast Indian Ocean,” and which included a focus on anti-submarine warfare.

Given Trump’s emphasis on trade deficits, it was no surprise that defense trade was a major theme of the meeting, and of Vice President Pence’s remarks the following day. The summit’s flagship deal was the announcement that the U.S. had offered a multi-billion dollar sale of twenty-two Sea Guardian Unmanned Aerial Systems (UASs) that required the administration to overcome a “presumption of denial” under its obligations as a member of the Missile Technology Control Regime (MTCR). Procuring the Guardians should be a boon to India’s maritime surveillance, but could also open the door to the sale of other long-range U.S. UASs governed by MTCR restrictions.

On counter-terrorism the Modi-Trump summit largely reaffirmed the gains that both countries have made, but pointed to areas in which we might eventually see closer cooperation. The tough language on Pakistan—which represented the most explicit joint denunciation of Pakistan’s failure to deal with terrorist safe havens ever made in a U.S.-India leaders’ meeting—along with the U.S. designation of Hizb-ul-Mujahideen leader Syed Salahuddin and the announcement of a new consultative mechanism on terrorist designation listings suggests that Trump may be more willing to take Pakistan to task in the international arena and prioritize some of India’s grievances in this regard.

Where then might we expect the defense and security relationship to go from here? There are three areas worth watching. The first is that we are likely to see a steady tempo of defense sales. India is in the midst of a long overdue defense modernization, and this demand-side impetus for U.S.-India defense trade is supplemented by the understanding in New Delhi that Trump will likely continue to measure the bilateral relationship in part by the volume of manufacturing that it generates at home. The U.S.-India Defense Technology and Trade Initiative has contributed to a liberalized technology release policy by the U.S. such that few defense technologies are now subject to license review, and those that are reviewed are quite likely to be approved.

This liberalization has, in fact, been so dramatic that the key remaining barriers to defense technology release to India and deeper co-development of cutting-edge systems are arguably more structural than political in nature, and are, to some extent, contingent on India’s own decisions. This is the second area to watch. Release of certain sensitive technologies by the U.S. have historically been predicated on a country’s membership in all four major nonproliferation regimes; India is now a member of the MTCR, is in the process of applying to the Wassenaar Arrangement and the Australia Group, and Washington continues to champion New Delhi’s membership in the Nuclear Suppliers Group in the face of Chinese opposition. In addition, the transfer of certain sensitive technologies are difficult to justify or legally approve by the U.S. defense community unless India demonstrates that it will use the technologies to engage in meaningful defense activities with the U.S. (such as joint patrols or operations), and is willing to sign enabling agreements that would facilitate the sharing of sensitive communications security and geospatial information. India has, to date, resisted these operational and legal measures due to bureaucratic resistance and somewhat vague concerns regarding sovereignty.

The third and final area is in the domain of counter-terrorism. Both Modi and Trump have put a premium on enhancing border security. From my experience participating in official U.S.-India counter-terrorism dialogues, it is clear that the Indian government knows that it can learn a great deal from the ways in which the U.S. enhanced its domestic security after September 11, 2001. From providing border technologies, to expanding cooperation on watch-listing and intelligence exchanges, to enhancing U.S. technical support to Indian law enforcement agencies, there is wide scope to partner on common counter-terrorism objectives. Some of these activities could well become part of India’s informal contribution to the global counter-terrorism effort.

To be sure, in each of these three areas there are risks to the U.S.-India partnership. It may be that U.S. policy toward China remains unstable, raising troubling questions on both sides about the underlying logic of joint U.S.-India engagement in the Asia-Pacific. It may be that India’s growth stalls, handicapping its efforts at defense modernization. And it may be that India, fearing entanglements in an increasingly complex global order, takes an overly cautious approach to its defense engagements with the U.S., demurring on modest operational activities and limiting the scope of technology cooperation.

For now, however, the direction of the defense and security relationship is positive. The Trump-Modi summit, with its reassuring rhetoric and incremental advances, signaled that both countries continue to lumber forward—slowly, but with an eye toward building one of the most consequential security relationships of the twenty-first century.

Joshua T. White is Associate Professor of the Practice of South Asia Studies and Fellow at the Edwin O. Reischauer Center for East Asia Studies at The Johns Hopkins School of Advanced International Studies in Washington DC. He previously served as Senior Advisor and Director for South Asian Affairs at the National Security Council in the Obama White House.