The Belt and Road Initiative (The State Council, The People's Republic of China)

"Pakistan to Attend Trilateral Meet with Russia and China," The Indian Express, December 22, 2016

"Is A Russia-China Economic Alliance On The Horizon?" Sara Hsu. Forbes, November 7, 2016

The Limits of Power: India’s Pakistan Policy Is Up Against a Changing World Order 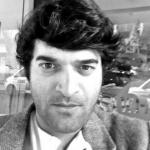 In February 2014, shortly before he became India’s National Security Advisor, former Intelligence Bureau chief Ajit Doval proclaimed a major policy shift via a long public speech. Pakistani support for separatist and extremist groups in India was declared a strategic threat to be met with disproportionate retaliation in kind, up to and including detaching Balochistan. More recently, Prime Minister Modi claimed the world is “unanimously appreciating India’s position” on Pakistan and called for India to “position itself in a leading role, rather than just a balancing force, globally.” These ambitious goals have not been matched by results and are unlikely to do so unless the strategies employed suit-changing circumstances. Given the growth in the People’s Republic of China’s (PRC) ability to exercise leadership, India must deal with the PRC to bring about constructive change in Pakistan and the world at large.

The first issue is that despite Doval’s threats, Pakistan’s internal security situation has substantially improved in the same period and Army popularity has grown as a result. Much like India in the 1990s, Pakistan has proved to be far more coherent and resilient than expected. The second is that few states have shown any desire to endorse India’s position on Pakistan; there is little chance at present of isolating Islamabad, let alone winning support for military confrontation. Third, as Dr. Avinash Paliwal (Lecturer in Defence Studies, King’s College London) points out, the “surgical strikes” of September 2016 did not inflict a new level of damage on Pakistani military or militant interests. As such, they are unlikely to have much additional deterrent effect, but the Doval Doctrine also acknowledges the risks of nuclear war, limiting further escalation of overt Indian military action.

Historically speaking, India’s only success in setting the terms for Pakistani behavior from a position of superiority came in the immediate aftermath of the 1971 war, which in turn triggered Pakistan’s quest for a nuclear deterrent. In its determination to avoid subordination, Pakistan has repeatedly shown great agility in building alliances that compensated for the enormous difference in size and resources with India. Yet Cold War Western aid to Pakistan was tempered by just how ancillary the Indo-Pakistani conflict was for the strategy of Containment against the USSR. While the Eisenhower and Nixon administrations resented Indian opposition to their policies, India was never treated as a major adversary; in fact it was often courted as a potential partner, giving New Delhi considerable influence.

By contrast, shared conflict with India was central to the 1963 breakthrough in the Sino-Pakistani relationship. India has fought a war and several skirmishes with the PRC over major territorial disputes that drag on despite endless rounds of talks. Even more pernicious is the half century of mutual fear and resentment over support to separatist movements. Just as the Indian government, in knee-jerk fashion, treats unrest in the Kashmir Valley as Pakistan-inspired, Beijing, since 1958, has habitually seen resistance in Tibet as the work of the Dalai Lama, supported by the Indian government. That neither Tibet, nor Kashmir (or Balochistan) are in a position to break away does surprisingly little to resolve the interlocking international conflicts.

In the post-9/11 era, Indian strategic engagement with the U.S. grew to new levels, even as American involvement in Pakistan deepened. The ensuing cooperation in supporting Kabul against the Taliban, and spotlighting the Pakistan’s enabling approach to Islamic extremism placed great pressure on Islamabad/Rawalpindi. Combined with the internal blowback from extremism, the result has been to temper the excesses of ideological and territorial ambition represented by figures like General Hamid Gul to the point that Pakistan today is arguably much like India playing what Doval called the “defensive offensive.” However, with Chinese investment surging to unprecedented levels, U.S. leverage is declining, and the existing paradigm cannot simply be amped up.

Many in Pakistan argue that the substance of their relationship with China is shifting from security-driven geopolitics to a more development-driven “geo-economics,” following Beijing’s $51.1 billion investment in the China-Pakistan Economic Corridor (CPEC). The key factor here is not the unprecedented volumes of money, but Pakistan’s integration as a hub and spoke within a larger Sino-centric system as ambitious as anything conceived by the U.S. The Belt and Road Initiative (BRI) aims to tie Asia, Africa, and Europe to Chinese markets using an overland route across Eurasia, and a maritime route extending across the Indian Ocean; Pakistan plays a particularly valuable role linking the two. This is something far more compelling than the “third-world” solidarity networks of the Mao era. Beyond the sheer size of the Chinese economy, Beijing’s willingness to pour in tens of billions in investment into BRI projects, and its alacrity in pursuing their execution makes its vision enormously compelling to potential partners.

Interested states include the Russian Federation and the Islamic Republic of Iran, whom India has relied on for decades to oppose Pakistan’s use of Sunni jihadis. Yet, the BRI transforms Pakistan from a threat to a piece of a far larger opportunity, as Russia’s evolving stance strikingly illustrates. At the recent Heart of Asia summit, the Kremlin declined to condemn Pakistan’s support for the Taliban and its like. Instead Russia wants to foster security in Afghanistan and Central Asia in cooperation with China and Pakistan. Such trilateralism has a material predecessor; Russian engines power the JF-17 Chinese combat aircraft rolling off assembly lines in Pakistan, and defense cooperation is growing. Since 2014, Western sanctions have made Chinese markets and capital vital for Russia’s struggling economy, and convinced Moscow that it needs a powerful long-term ally in its conflict with the Atlantic Alliance. In this context, India’s ever increasing investment in a U.S.-led security paradigm that the Kremlin and many ordinary Russians see as fundamentally threatening further reduces their diminishing incentives to take Indian concerns on board.

New Delhi’s experiences with the Nuclear Suppliers Group (NSG) over the last decade also reflect a changing world order. Following the July 2005 agreement with the Bush administration, India, in 2008, secured a one-of-a-kind pathway to end NSG restrictions limiting India’s participation in international civil nuclear trade, despite its refusal to sign the Non-Proliferation Treaty and Comprehensive Test Ban Treaty. That kind of exceptionalism could not be repeated in 2016 when India pushed for full membership of the NSG. The PRC, leading a disparate group of states, blocked any additional special treatment, and the U.S. and India were unable to override this.

Clearly, influencing the PRC is essential to maximizing India’s impact on Pakistan and the international system as a whole. Although the relationship will remain complex even at the best of times, the key task is placing mutual interests front and center. Both India and China recognize regional trade’s role in spurring growth, and the need for growth to maintain domestic stability; both countries fear separatism and the impact of Islamic extremism on their Muslim populations; both countries see their huge energy imports as expensive vulnerabilities and increasingly recognize the threats of pollution and climate change; both countries seek a stable global architecture that better reflects the needs of 21st century Asia instead of 20th century Euro-America.

Additionally, neither country has been demonized in popular imagination as the other’s historical enemy; achieving peace between India and Pakistan is far tougher. Shifting the focus of the Sino-Indian relationship from conflict management to a partnership for the future is an enormous task, but one that would have a truly transformative impact on Asia. It is difficult to imagine a potentially greater achievement for Indian foreign policy leadership.

Johann Chacko is an independent consultant and a final year Ph.D. student at the Department of Politics and International Studies, SOAS, University of London.