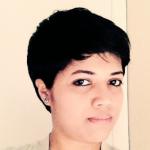 Prime Minister Narendra Modi’s visit to France in April 2015 – his first visit to a European country – highlighted New Delhi’s burgeoning ties with Paris, underlined India’s attempts to diversify its defense purchases, and re-emphasized the congruence that has existed between the two countries during most of the Cold War. France has gradually emerged as a formidable technology supplier to India in all three strategic realms: defense, space, and nuclear energy. While it has neither the ability nor the ambition to replace the influence of the United States in the subcontinent, Paris is considered to be a credible player in New Delhi with respect to defense supplies, space technology, and nuclear reactor construction plans. India’s vast market and its appetite for advanced strategic technology make it rather attractive to France.

The dynamic of Indo-French relations demonstrates a congruence that is characteristic of middle powers or countries that are “considerably stronger than most small nations but significantly weaker than the great powers.” Carsten Holbraad notes that such congruence may be harder to materialize and is often characterized by opposition to great power concert. The history of Indo-French relations, especially in the domain of nuclear technology, demonstrates that their proximity since the Cold War until this day is characteristic of middle powers’ congruence, which has thrived to a large extent on their common opposition to U.S. nonproliferation efforts. This opposition has, at times, emerged from sections of the French government, and at times, from its atomic energy commission.

In the early Cold War, India’s quest for nuclear technology was met early on by the French at a time when the British and the Americans continued to pursue wartime information censorship on atomic energy. In January 1950, Frédéric Joliot-Curie, then chairman of the French atomic energy commission (CEA), visited India in January 1950 along with his wife Irène and made offers for technical co-operation that were not just extraordinary but also unprecedented. It initiated negotiations for the first bilateral nuclear cooperation agreement outside the Manhattan Project. At a special meeting of the Indian Atomic Energy Commission (AEC), held in New Delhi on January 17, 1950, Joliot-Curie offered to share technical information on the purification of uranium, graphite reprocessing, and designs of a low power reactor in exchange for India’s export to France of thorium, beryllium, and uranium, among others (should it be discovered in ample quantities at a later date).

Such an offer was unthinkable at a time when the United States was keen on maintaining high censorship and control over nuclear technology and information while the United Kingdom and Canada adhered to a similar approach themselves. The French offer to India eventually materialized in 1951, when the two countries signed the bilateral agreement for the research and construction of beryllium-moderated reactors. The agreement also made the AEC one of the first foreign atomic energy bodies with which the CEA collaborated on such a grand scale. Interestingly, during the same period, Paris and New Delhi disputed over the fate of French colonial possessions in the Indian subcontinent. However, close cooperation between Indian and French atomic energy commissions and their desire for nuclear technology and materials ensured that the bilateral territorial dispute did not affect the negotiations on atomic energy.

The 1960s were characterized by further nuclear proximity, this time also aided by close diplomatic relations, of which the March 1966 meeting between Prime Minister Indira Gandhi and President Charles de Gaulle bore evidence. In this meeting at the Elysée, Gandhi and de Gaulle seemed to agree on almost all key issues of international politics at the time, including the ongoing negotiations for the Nuclear Nonproliferation Treaty, the U.S. war in Vietnam, and the role of Communist China. When the Nuclear Non-Proliferation Treaty (NPT) was opened for signature in 1968, neither France nor India signed it on grounds that the treaty was discriminatory. Between 1966 and 1969, the AEC and the CEA negotiated on breeder reactors – a plutonium-fueled, plutonium-breeding reactor technology that the French were leading in – that led to New Delhi acquiring reactor designs for two such French reactors and the opportunity to train Indian personnel in Cadarache, in southern France. In the broader scheme of things, the agreement allowed India to have a civilian-use justification for the plutonium acquired from the Canadian-supplied CIRUS reactor that it was reprocessing at its Trombay plant at the time.

In May 1974, India’s first nuclear test that New Delhi called a “peaceful nuclear explosion,” using plutonium from the CIRUS reactor in Trombay, generated hostile reactions from Canada, Australia, Japan, surprise from the United States, and silence from the Soviet Union. India was much relieved by the French response. The CEA sent a telegram to the AEC congratulating the latter for the “scientific feat,” thus making France the only Western country that expressed encouragement. In his telegram on May 23, 1974, days after the test, French Ambassador Jean-Daniel Jurgensen wrote from New Delhi, “The Indians are particularly pleased because France has abstained from all unfriendly judgments.” André Giraud, then general administrator of the CEA, defended the CEA’s decision to send the congratulatory telegram, “The AEC and the CEA have shared friendly relations since the end of the 1940s, a period when no other foreign organization agreed to cooperate with the CEA…The CEA has therefore congratulated Mr. Sethna and his colleagues for this technological mastery, as is common to do so between friendly atomic energy organizations in similar circumstances…”

The Elysée, headed by newly elected French president Valéry Giscard d’Estaing, however, did not share the euphoria of the CEA. He wanted to draw France closer to U.S.-led nonproliferation efforts albeit not without domestic political opposition by the Gaullist faction led by Jacques Chirac. As a result, while the CEA encouraged the AEC after the PNE, the Quai d’Orsay renegotiated contracts with India to ensure that French-supplied nuclear materials and technology were not used in a future nuclear explosion, for peaceful or military purposes.

The 1974 test proved costly for India’s nuclear program. Not only did Canada withdraw all nuclear assistance by 1976, the United States was compelled by its 1978 Nuclear Nonproliferation Act to not supply fuel to U.S.-supplied reactors in Tarapur unless India accepted full-scope IAEA safeguards. While Tarapur remained a bone of contention during the Carter administration, the Reagan administration’s efforts to resolve differences with New Delhi through a non-U.S. and non-Soviet fuel supplier eventually led the United States to permit the French to become the third party supplier. In 1983, the French replaced the Americans as the fuel supplier to the Tarapur reactors. The decision was met with much excitement in the Indian media, which praised Paris for salvaging India’s nuclear energy program and criticized Washington for unfair obstruction and “neocolonialism.”

After France signed the NPT in 1992, although fuel supply for the Tarapur reactors was interrupted yet again, the days of Indo-French nuclear proximity were far from being over. In January 1998, French President Jacques Chirac visited India with a high-level delegation that included the CEO of Framatome (now AREVA). Following the Indian nuclear tests of May 1998, Chirac even publicly supported New Delhi and opposed U.S. sanctions. Once again, support ensued from Paris while criticism and sanctions came from Washington as in the case in 1974.

In September 2008, soon after the India-specific waiver was granted by the Nuclear Suppliers Group (NSG) to engage in civil nuclear trade, France was the first country to sign a civil nuclear agreement with India, even before the US Senate had approved the US-India civil nuclear agreement. Later on, when the NSG declared that it would not supply enrichment and reprocessing technology to countries that are non-signatories to the NPT, France declared that that would not affect its bilateral nuclear cooperation with India. In other words, while the United States took the majority of the initiatives to materialize the NSG waiver, French companies seemed to outdo their American counterparts in controlling India’s nuclear market. Despite recent reassurances that New Delhi and Washington are reaching agreement on nuclear liability, the potential for U.S. companies like Westinghouse and General Electric to invest in India’s nuclear energy market continues to be uncertain. In other words, the middle powers congruence between India and France has outlived the Cold War, and is only becoming stronger.

The middle powers’ congruence between New Delhi and Paris expanded with French quest for nuclear technology partners outside Europe, especially for technology that had not already been proved to be economically viable. For much of the Cold War, French nonchalance toward nuclear safeguards, frequent foreign policy differences with Washington, and close ties between key Indian and French physicists helped further. From India’s point of view, the CEA offered technological assistance, including active encouragement as in 1974, when no other atomic energy commission was willing to offer much. Since the bulk of Indo-French nuclear cooperation involved untested technologies of the time, like beryllium and breeder reactors, their bilateral cooperation facilitated learning opportunities for India through joint research. Otherwise, New Delhi had little possibilities for gathering technical know-how through turnkey projects like the 1963 U.S.-India agreement concerning Tarapur. Moreover, this allowed New Delhi, despite differences in wherewithal, to participate in cooperation with Paris as an “almost equal.” Anxieties of “neocolonial exploitation” rarely configured. India thus found in France an empathetic and supportive partner. Fortunately, it still continues to do so.

Jayita Sarkar is a Stanton Nuclear Security Fellow at the Belfer Center for Science and International Affairs at Harvard University’s John F. Kennedy School of Government, and a Visiting Scholar at Columbia University’s Saltzman Institute of War and Peace Studies.