Michael Noonan, “The Seductiveness of Special Ops?” War on the Rocks, March 3, 2015

Christopher Dougherty and Jim Thomas, Beyond the Ramparts: The Future of U.S. Special Operations Forces (Washington, DC: Center for Strategic and Budgetary Assessments, 2013) 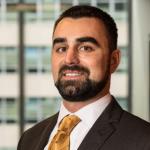 Over the past decade, Special Operations Forces (SOF) have emerged as an increasingly critical component of modern military power. For western democracies, in particular, the frequent use of small, elite, units of clandestine operators has come to be seen as a more effective, discreet, and surgical means of projecting power within deeply contested regions. Provided they are well trained, equipped, and enabled, SOF possess the ability to act as true force multipliers, conducting key missions with small logistical footprints in austere forward environments. As one recent American doctrinal document notes, “special operations conducted by small SOF units, with unique capabilities and self-sufficiency (for short periods of time) provide the U.S. government with a wide array of military options. These options may generate less liability or risk of escalation than are normally associated with the employment of larger and more visible conventional forces.”

Cognizant of these facts, most modern militaries have sought not only to shelter their elite forces from looming budget cuts, but in many cases, have also expanded their numbers, enabling capabilities and intelligence support structures. In the case of the U.S., for instance, the number of SOF personnel deployed overseas has more than quadrupled since 9/11. This revitalized focus on special operations and unconventional warfare is not, however, unique to the West. Indeed, recent reports would appear to indicate that the People’s Republic of China attaches an almost equal priority to the development of its SOF capabilities, although in many cases these forces may bear a closer resemblance to elite infantry units than genuine commandos.

For a variety of reasons, India has largely missed the SOF revolution. Although its SOF units are slated to grow in numerical terms, with the Army raising two new Para Special Forces battalions, the Indian military’s ability to conduct special operations – both within and beyond its borders – remains hampered by a set of bureaucratic and doctrinal constraints. Despite the widely held recognition of the urgent need for India to develop a Joint Special Operations Command (J-SOC), each service continues to develop its own SOF units in an ad-hoc and uncoordinated manner. In addition to this inter-service dysfunction, a number of such units fall either under the tutelage of the Home Ministry, or respond exclusively to certain wings of India’s intelligence apparatus. The net result is not only a lack of coordination and responsiveness in times of crisis, but also a wider tendency toward duplication, whether in terms of procurement or perceived missions. This has led to unnecessary expenditures, and to a dilution of Indian SOF units’ ability to hone their niche competencies.

This is particularly troubling, considering the fact that the array of asymmetric and/or enabling capabilities provided by SOF will become increasingly critical for India. The nature of the threats that India faces, whether in terms of transnational terrorism or cross-border infiltrations, requires the ability to deploy rapid-reaction forces on short notice. In some occasions, operationally challenging trans-border counterterrorist operations – similar to the U.S.’s 2011 raid on Abbottabad – may be required. In others, Indian SOF may need to be dispatched in order to respond with sufficient alacrity to Chinese probing or hybridized military operations along the rugged Sino-Indian border. Indeed, Russia’s successful employment of unmarked SOF in Crimea should act as a warning signal to an Indian security community already deeply perturbed over the rise in Chinese assertiveness along its periphery. If PLA planners were to contemplate establishing a territorial fait accompli in locales such as Northern Ladakh or Arunachal Pradesh, it is likely that they would seek to rely heavily, at least in the early stages, on the use of SOF. Rather than banking almost exclusively on the deterrent effect provided by large-scale ground forces, India should also seek to acquire the means to provide a more flexible and tailored response to creeping, “Crimea-type,” operations.

More generally, there is an urgent need for a substantive shift in India’s approach to special operations. Despite a rich intellectual and historical legacy with regard to unconventional warfare, contemporary India’s thinking on SOF focuses almost exclusively on more internally-oriented missions, such as counter-insurgency or counter-terrorism. Going forward, India’s SOF – and its military SOF in particular – should acquire a more expeditionary outlook and force structure. Indeed, as India moves, in the words of its Foreign Secretary, from a balancing to a leading power, it will need to develop the ability to project unconventional, as well as conventional, military power. The area of operations for such low-visibility applications of force could extend well beyond the Indian Ocean basin, and potentially to the African continent, the Middle East, or maritime Southeast Asia. The growing number of Indian citizens and companies overseas is a testament to India’s economic ascent, but also a potential source of soft targets for nefarious non-state actors. One can hope that India will never have to mount a large-scale foreign rescue operation on the scale of Israel’s 1976 Operation Entebbe but prudence dictates that the Indian government prepare itself for any such eventuality.

Developing more expeditionary SOF will require a new emphasis on direct action missions and special warfare along with sustained investments in an array of enabling capabilities in the cyber, electronic, aerial and amphibious domains. Units such as the Indian Air Force’s Garud commandoes will need to focus more on joint operations, and on augmenting their number of Joint Terminal Attack Controllers (JTACs) in order to more closely coordinate stand-off air and missile strikes with Army SOF on the ground. With the widespread proliferation of anti-access and area denial capabilities (A2/AD) in the form of precision-guided weaponry and long-range air defense systems, maritime and air environments are becoming increasingly contested. Although India has made substantial advances in both its sea and air lift capabilities, it would no doubt be judicious to begin to invest in less access-sensitive platforms, whether by seeking to work with the United States on the co-development of a stealthy airlifter, or by acquiring a larger number of mini-submersibles for the Indian Navy’s Marine Commando Force (MARCOS).

Perhaps most importantly, the Indian government would need to ensure that through the creation of a J-SOC, its community of special operators is provided with “fully-fused” informational support from India’s notoriously factionalized intelligence agencies. This would necessitate the permanent deputation of civilian intelligence officers drawn from all the relevant agencies to J-SOC. To avoid a damaging duplication of efforts, internal counter-terrorist or counter-insurgency operations should be left to the Special Forces units commandeered by the Home Ministry, such as the NSG, rather than to the military SOF, who should focus their training and equipment efforts on expeditionary special operations and high-end asymmetric warfare. Just as it would not make sense for U.S. Navy Seals to conduct SWAT-type operations in the U.S., in the future it should seem equally unthinkable for the Indian Navy’s MARCOS to engage in counter-terrorist missions on Indian soil. In order to optimize its functionality, India’s future J-SOC should be provided with its own budget, requirements validation process, and streamlined acquisition procedures. Last but not least, recasting India’s Special Forces will necessarily imply an attitudinal change within India’s civilian leadership, which has traditionally exhibited a somewhat excessive degree of ponderousness when confronted with externally imposed security exigencies. After all, the successful employment of Special Forces hinges, first and foremost, on promptness in decision-making, and on the willingness of security managers to embrace not only the use of force, but also a certain degree of calibrated risk.

Iskander Rehman is a Non-Resident Fellow in the South Asia Program at the Atlantic Council. He can be followed on Twitter at @IskanderRehman