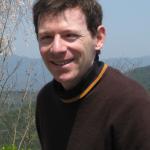 “India’s problem is that we have never imposed a price on any nation for action taken against us,” former Deputy National Security Adviser Satish Chandra said back in September. “We keep silent and accept whatever comes our way.” Chandra is echoing a feeling that is widespread among the Indian elite and even general public. Many Indians believe that the country’s external enemies, rivals and friends alike perceive India to be a pushover, or to quote Chandra again, a “soft state.”In addition – and even more to the point – many Indians themselves hold the same perception.

In 1960 – or even as late as 1990 – Chandra’s assessment of India’s international image might have been pretty accurate, albeit not the part about Indians “keeping silent.” Up until the end of the Cold War, many foreign policy elites in Washington, D.C. and elsewhere held the negative stereotype of India as a “soft state,” meaning a state that is too legalistic and naïve to be taken seriously by the tough-minded realists who sit at the world’s high table.

But two decades have passed since the end of the Cold War, and what might have been an accurate analysis of India’s image in 1990 no longer holds true in 2010. On one level, the international community has certainly noticed that over the past decade-plus, India’s foreign policy emphases changed dramatically: out went the Non-Aligned Movement (NAM), and in came Davos. But on a deeper level, the international community itself has changed its foreign policy emphases. States around the world today – including even the U.S., in the wake of the disastrous Bush/Cheney experiment – no longer equate “softness” with “weakness” or “hardness” with “strength.” Instead, they are actively seeking to amass what Professor Joseph Nye has aptly dubbed soft power.

Thus, the principal challenge for India’s “national brand managers” today is not how to overcome the country’s traditional “softness,” as Chandra believes, but rather how to avoid overcorrecting away from it.

What is Soft Power?

The relationship between hard and soft power and vulnerability is not straightforward. As a state’s hard power goes up, sometimes its soft power will rise as well. But quite often, just the opposite occurs. Consider, for instance, the fate of Germany in the years leading up to World War I. The more hard power Germany amassed, the more its neighbors started to find faults with the German political and economic system, and even with the German character. In short, Germany’s military buildup produced great soft vulnerability, leading ultimately to military vulnerability.

Since the late 1990s, India has enjoyed the happy situation of seeing its hard and soft power rise remarkably fast and in tandem, at least from the vantage point of Washington, D.C. India’s newfound hard power is based on its growing economic and military assets. Meanwhile, its soft power is based on four basic images:

Many would also cite the fifth image of India’s standing as the “world’s largest democracy.” But the sad fact is that Washington does not adore democracy nearly as much as its rhetoric would imply. Although Indian democracy has been a constant, India began to gain significant soft power with American foreign policy elites only a few years ago. Before that, Washington generally treated democratic India with indifference or even contempt.

The boom in Indian soft power has been very impressive. But India’s new, positive image remains only weakly entrenched in the American consciousness. Hovering just below the new image are older, pejorative images of India and Indians. For example, in addition to the image of Indians as soft weaklings, there is also the image of Indians as savage beasts that has an equally long pedigree in Western culture.

If India were to independently assert its newfound military power for purposes not strictly construable as acts of self-defense, it would likely cause many Americans – whether they realize it today or not – to bring the old savage beast stereotype out of mothballs. As a result, Washington would become much less keen on gaining a strategic partnership with New Delhi. Perhaps understanding this, terrorists have repeatedly tried to bait India into overreaction with their attacks on highly symbolic sites like the Indian parliament building in 2001 and the Taj hotel in Mumbai in 2008. So far, India has refused to take the terrorists’ bait, but for how much longer?

The pursuit of soft power is a difficult challenge for policymakers not only in New Delhi, but all over the world. The best guide for seeking soft power amidst the treacherous shoals of international opinion can be found in the work of the British poet, Rudyard Kipling. In his famous poem “If” and other writings, Kipling described the basic behaviors that constitute proper “manliness,” as opposed to childish timidity on the one hand, or savage violence on the other. Maintaining an image of proper manliness is the essence of soft power in the international system today, just as it was in Kipling’s day.

If India can continue to hew as closely to Kipling’s rules of proper manliness as it has done over the past decade, it will retain and even increase the soft power it has achieved in Washington’s eyes. But if not, its new, positive image will dissipate even more quickly than it was won. And if India’s stock of soft power does start to decline, complaining about American double standards – justifiable as those complaints may be – will simply end up reviving the old stereotype of whining Indians that recent governments in New Delhi have worked so hard to overcome.

There is certainly more than a tinge of irony in the notion that Indians should go back and read Kipling, the bard of the British Empire. But after all, India has definitively decided to play the same international power game that produced the British Empire. Kipling may not have written the rules of that game, but he gave voice to them more eloquently than anyone else before or since. So, read Kipling—but while you are doing so, try also not to forget that India’s freedom struggle generation wanted their sons and daughters to study at the feet of a different master.

Jacques E. C. Hymans is Assistant Professor of International Relations at the University of Southern California.His publications include “India’s Soft Power and Vulnerability,” in India Review Vol. 8, No. 3 (August 2009) and The Psychology of Nuclear Proliferation: Identity, Emotions, and Foreign Policy (Cambridge University Press, 2006), which won two major book awards.He can be reached at hymans@usc.edu